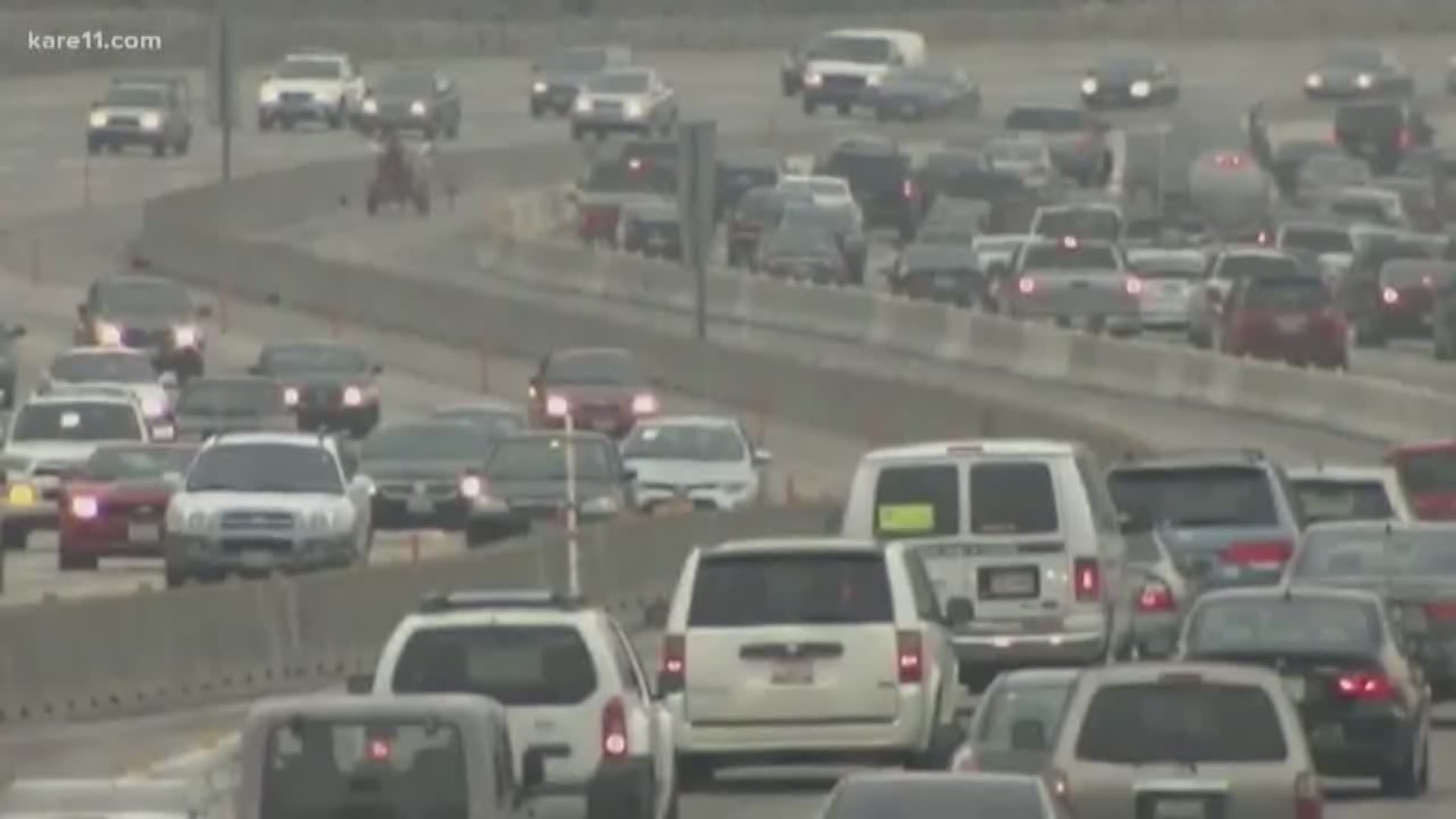 ST PAUL, Minn. — Minnesota will become the 17th state in the nation to bar drivers from holding a cell phone while they're behind the wheel, as part of an effort to reduce deaths and accidents caused by distracted drivers.

All that's lacking now is the governor's signature, but at this point that's a mere formality.

The Senate Thursday passed the final version of the hands-free bill by a commanding, bipartisan margin of 48 to 12. Gov. Tim Walz will be able to sign it Friday morning and the law will take effect August 1.

"I think that we are effectively going to change the culture in Minnesota," Sen.. Scott Newman, the chief author of the bill, told reporters after Thursday's vote.

The Hutchinson Republican, who chairs the Senate Transportation Committee, conceded it will take motorists some time to drop a phone habit that's been decades in the making.

"We’ve got lots and lots of good people in Minnesota, and I think what they will realize it’s now illegal to use their phone other than in hands-free mode, and I believe that they will put the phone down."

The new law will also make it illegal to manually dial a phone number while the vehicle is moving, or type in addresses into a navigation of map app or scroll through names on a list of contact. People who want to do that will have to pull safely out of traffic and put their cars in park.

"That’s the test. Is it out of our hands?" Sen. Jim Carlson, and Eagan Democrat, told KARE.

"There are people who are going to maybe try to dial or try to do something else and that’s keyboarding, and that’s actually at the same level of texting now."

Texting while driving is already illegal in Minnesota, but drivers have the handy excuse of saying they were dialing a phone number. The ban on hand-held phones will eliminate that excuse and make it easier to catch texting drivers.

This week's final votes in the House and Senate were a long time in coming, considering the first hands-free bill was introduced back in 2001 by then-Rep. Tony Sertich.

"It’s one of those things people have to get educated on and over the past 18 years the issues and the distracted driving problem has gotten more acute."

Carlson credits the tireless efforts of families of distracted driving victims who brought their heartrending stories of lost ones to the Capitol over and over, carrying photos to put a face on the tragic tales of senseless deaths.

"These are just so seriously tragic, that we had to do something."

Texting while driving is already illegal in Minnesota, but drivers have the handy excuse of saying they were dialing a phone number. The ban on hand-held phones will eliminate that excuse and make it easier to catch texting drivers.

"That’s the test. Is it out of our hands? There are people who are going to maybe try to dial or try to do something else, and that’s keyboarding, and that’s actually at the same level of texting now."

The final draft of the bill kept only those elements that appeared in both the House and Senate versions. Everything else was dropped when lawmakers reconciled the two versions in a conference committee Monday.

The GPS exception, which would've allowed people to type in addresses while the car is moving, was removed.

Lawmakers also dropped language that spelled out it's okay to carry a phone inside a scarf, hijab or other item of clothing. Some Muslim women tuck phones into their hijabs so they can keep both hands on the wheel.

The Minnesota State Patrol said that language wasn't needed. Col. Matt Langer told legislators putting a phone in a head scarf won't be a violation of the law, as long as it's operated in hands-free mode and women aren't handling the phone in between conversations.

The Minnesota Dept. of Public Safety will launch a public education campaign so that drivers will know the new rules by August 1. The DPS will also clarify what devices can be used for those with older vehicles that aren't equipped with native Blue Tooth or other sync technology.