Minnesota man reels in big muskie through the ice

"It was just kind of surreal because I was so concentrated on this fish I didn't realize the crowd that had actually come around us." 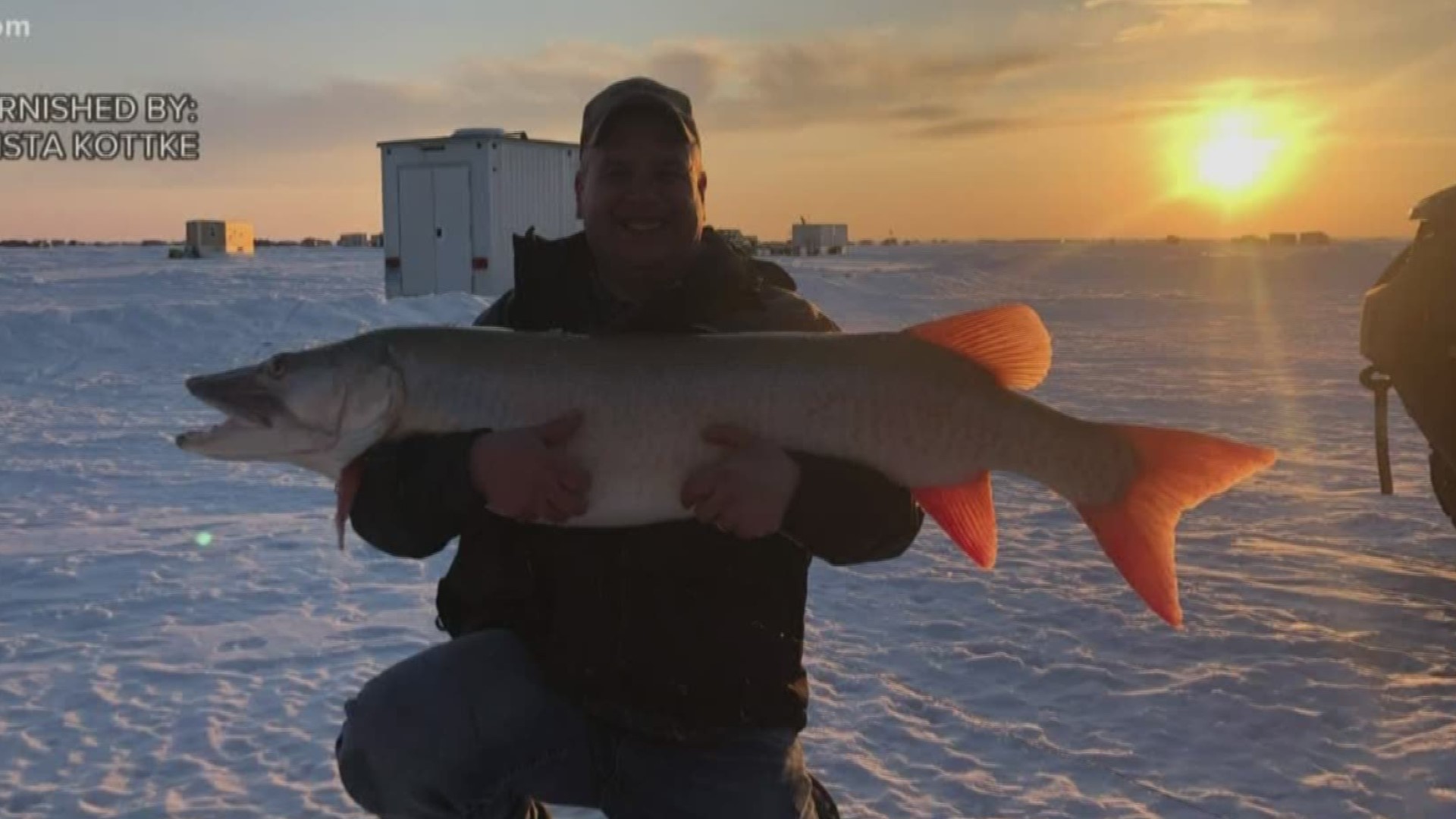 COLOGNE, Minn. — It was a surreal moment for the Kottke family of Cologne, MN on Lake Mille Lacs last month.

For Mark Kottke that anticipation reeled in what some might call a once in a lifetime catch.

"I've been fishing my whole life, I've seen a lot of fish but nothing quite that big," said Kottke.

After about a fifteen minute struggle through a tiny hole in the ice, Kottke was somehow able to maneuver a fifty-four by twenty-seven inch muskie out of the water without a scratch.

"I basically held on as hard as we could to try to turn the fish to get it swimming the other direction and that's when we were able to make up a lot of line and fortunately got the fish up as quickly as we could without trying to damage the fish in any way," said Kottke.

As you can imagine this whole thing was quite the spectacle at the popular Hunters Point Resort.

"It was just kind of surreal because I was so concentrated on this fish I didn't realize the crowd that had actually come around us," said Kottke.

More than a dozen people witnessed the whole thing play out including Jason Birke who says this whole experience is an ice fisherman's dream and if they tell you any different, don't believe them.

"I wish I would've caught it obviously. Congratulations for Mark I mean it's a fish of a lifetime," said Birke.

"I have gotten emails, texts, all  kinds from people I've never net in my life asking for tips, what they should be doing, things such like that," said Kottke.

Its a memory Kottke said will last a lifetime.

"Quick picture and back down the hole," said Kottke.