Caleb Wedger wanted to run 100 miles: One for each of the veterans who take their life every year in Minnesota, according to the Dept. of Veterans Affairs. 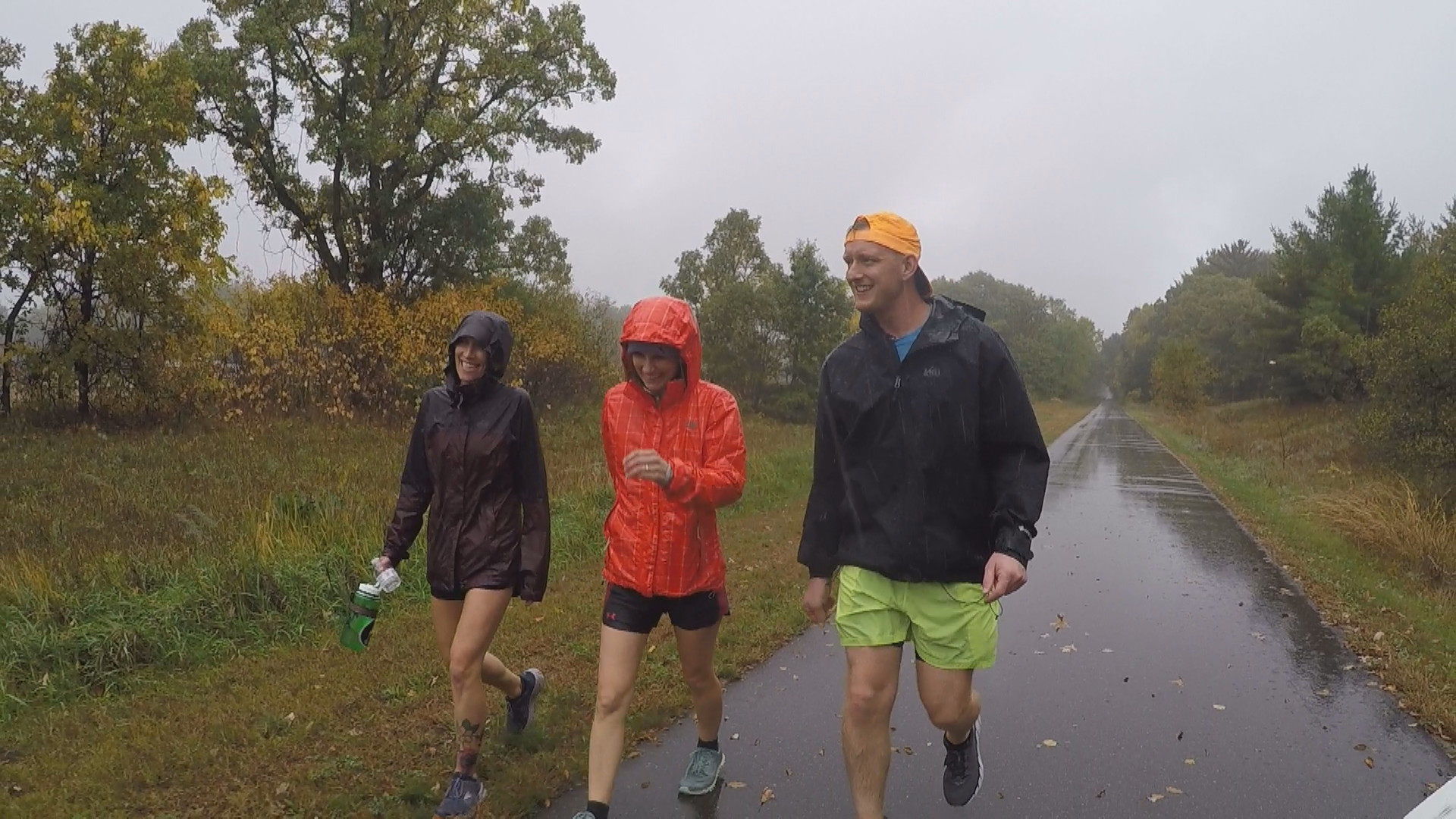 WYOMING, Minn. — A distance nearly four marathons long is enough to give even the most seasoned runners pause.

Caleb Wedger is not a seasoned runner.

"I hate running. I absolutely hate it," he said on a rainy Saturday while walking on a stretch of trail just north of Wyoming, Minnesota.

Despite his strong feelings, Wedger found himself setting out Friday morning on a 100-mile run up and down the Hardwood Creek Trail, which runs parallel to Interstate 35. Wedger journeyed from Forest Lake, up to North Branch, down to Hugo, and back up to North Branch, before heading back to Forest Lake to end his stretch.

"I took one little 20-minute nap, I sat down a few times to eat something, but other than that we've pretty much been going," he said. "We were able to run a lot of the first 50 [miles], but now my legs are so torn up that we're shuffling our way to the end."

The 100 miles was not chosen at random. Neither was the day Wedger chose to run it.

And he's finishing it Saturday, Oct. 2 because it's Minnesota Veteran Suicide Prevention and Awareness Day. According to the Minnesota Department of Veterans Affairs, more than 100 veterans die by suicide in the state every year. Wedger, who served in the Minnesota National Guard, is taking on a mile for each one.

"That just kind of clung onto my heart and didn't let go," he said of the number.

The run is called "100 Too Many." Every penny of the money raised from sponsors during the run will go to the Freedom Fishing Foundation, which takes veterans on fishing trips.

"It's a tangible thing that we can do and help these folks get outdoors, meet new people, connect with people who've gone through the same thing," said the foundation's president, Ben Elfelt.

"That 100 Minnesota veterans that take their own lives, you know, that's not 100 people, that's 100 families that are affected by suicide," said Wedger.

Wedger's father took his own life in 2010. Wedger was 20 years old and just two weeks away from leaving for basic training.

"That's why I have a heart for families who have gone through that," he said.

At last check, Wedger has raised about $17,000 for the Freedom Fishing Foundation. If you'd like to donate, you can do so here.