A woman was hit by a car, and three people were shot near the fairgrounds entrance on Monday night. 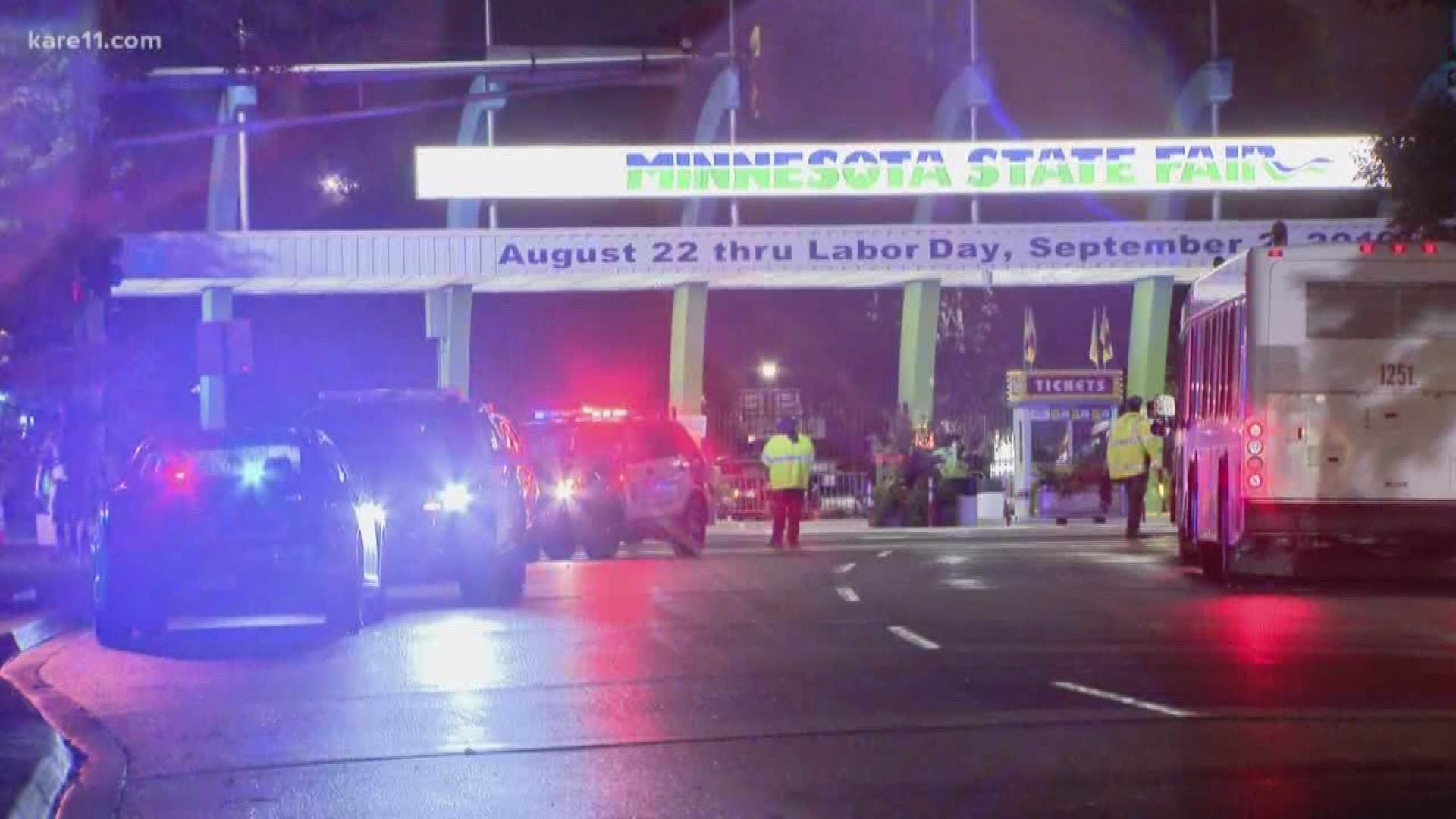 FALCON HEIGHTS, Minn. — St. Paul police say a woman was struck by a car and three people were shot and injured in the chaotic final hours of the 2019 Minnesota State Fair.

All three shooting victims are expected to survive, but the woman hit by the vehicle was in critical condition as of Tuesday morning.

Officers were originally called to the intersection of Snelling Avenue and Fair Place West around 10 p.m. Monday on a report of a pedestrian stuck by a vehicle. Police arrived to find a 19-year-old woman, who has been identified by police as Dynasty Scott, lying on Snelling Avenue.

Police say Scott had gotten into a vehicle that was on the northbound lane of Snelling Avenue close to the center line, and then got out of the vehicle on the right side in the other lane of traffic. That's when she was struck.

Scott was breathing but unresponsive, and first responders rushed her to Regions Hospital.

Witnesses reported a fight broke out in the area shortly before the woman ended up in the road. Police say the driver stopped, but left the scene when bystanders hit and kicked his vehicle. He drove to another location and called 911. Officers say the driver did not appear to be impaired, and is cooperating with investigators.

The driver submitted voluntary blood tests to authorities, which showed no signs of alcohol in his system. Police say the driver has not been cited and that nothing criminal occurred during the incident.

While investigators were processing the scene where the pedestrian was hit they heard several gunshots about a block away near the main entrance of the Fairgrounds. Squads rushed to that scene and found a man suffering from a gunshot wound. Two other victims showed up at nearby hospitals with gunshot wounds a short time later.

Two of the victims are in their 20s; one was shot in the stomach and groin area; another was hit in the hand. A third 18-year-old victim was shot in the shoulder. All three gunshot victims were transported to Regions Hospital to be treated for their injuries.

Those bullets were flying as crowds left the fairgrounds and walked toward their cars and waiting Park & Ride buses. A number of the fairgoers expressed anger and frustration that someone would shoot as innocent families stood by.

"Everybody was put at risk, there were several shots," said Steve Linders, spokesman for the St. Paul Police Department. "This is incredibly concerning. It doesn't matter if the person was shooting east or west, north or south, there's a lot of people in that area, and it was incredibly dangerous."

Police found that two guns with different calibers were used at the scene.

As of Tuesday morning no arrests had been made in the case.

Just after midnight, around 30 to 40 people were involved in a fight outside the main entrance of Regions Hospital. Officers tried to intervene to stop the fight, but were prompted to deploy a small dose of "chemical irritants." The group dispersed and three people were arrested for riot.

One of the gunshot victims had a warrant for his arrest and was arrested when he was discharged from the hospital.

As if the night wasn't busy enough, St. Paul Police were also investigating a homicide at a separate scene at the same time as the incidents near the fairgrounds. 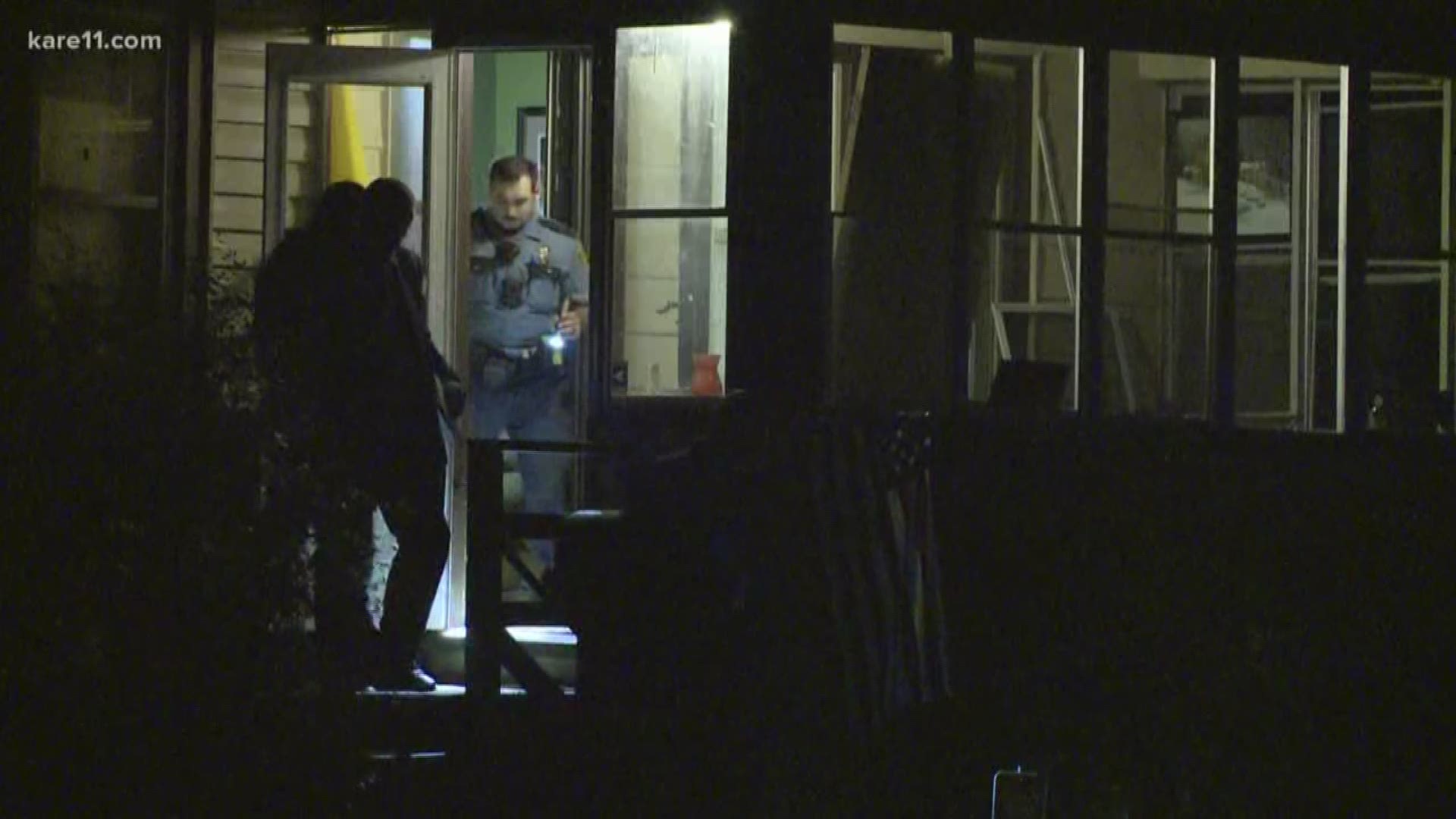