County elections officials have already printed all 350,000 ballots with the language. 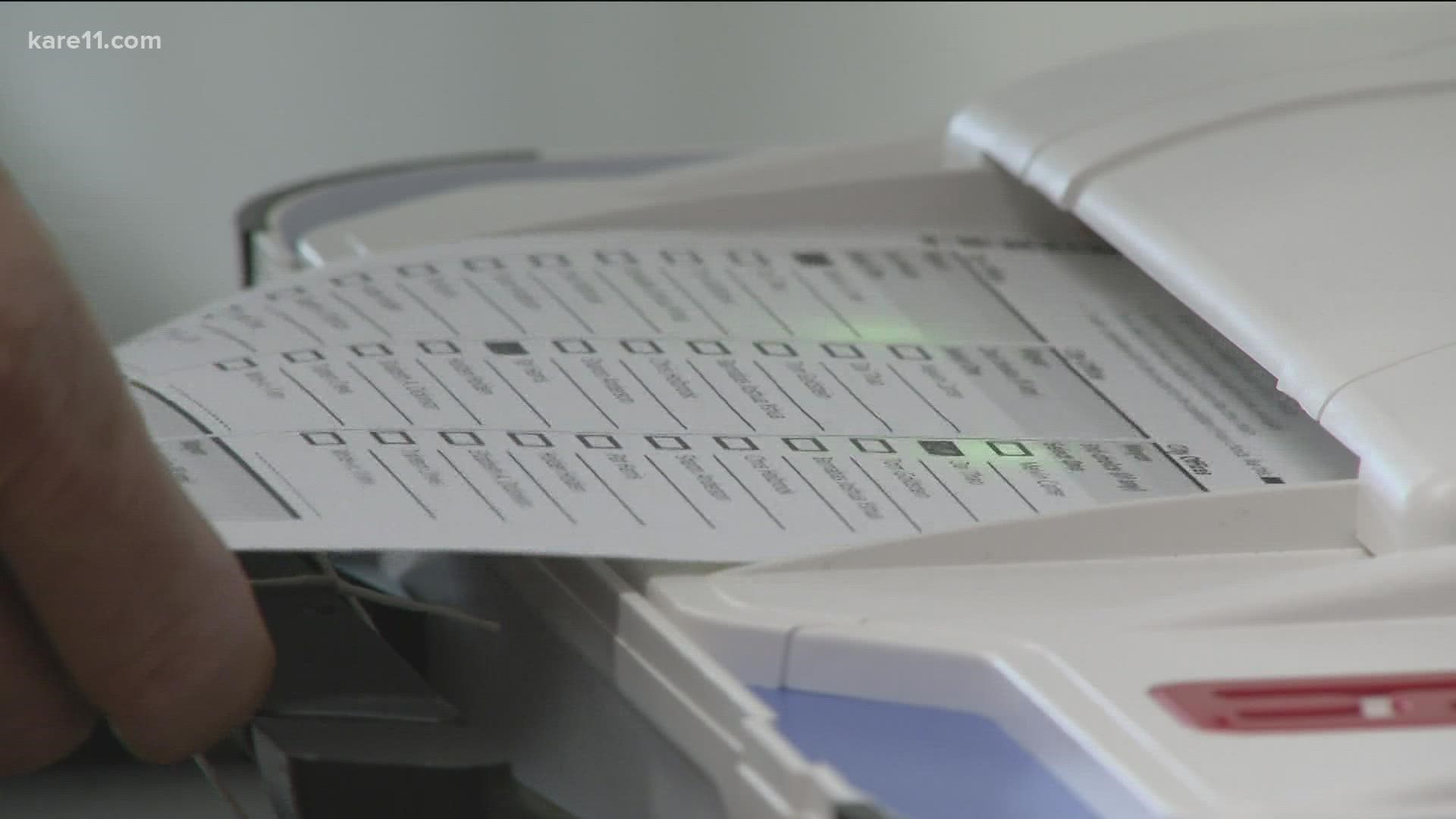 ST PAUL, Minn. — The Minnesota Supreme Court has ruled in favor of the city of Minneapolis and Yes 4 Minneapolis, allowing recently revised language for the police reform question printed on ballots to remain as is.

The Supreme Court's ruling struck down Hennepin County Judge Jamie Anderson's previous injunction. Anderson previously ruled it couldn't go to voters because the question, as written, didn't make it clear enough what changes a "yes" vote would bring to the city's charter.

The city's legal staff asserted the wording of the ballot question complies completely with state law, which requires voters know what's being amended and can distinguish it from other questions appearing on the same ballot.

A representative from Yes 4 Minneapolis told KARE 11 they are "very happy" with the judge's decision.

"We're really excited to now be able to take it to the people of Minneapolis, the voters of Minneapolis, to decide on if they're ready to expand public safety," Yes 4 Minneapolis communications director JaNaé Bates said. "And this is a really great day in history."

Just got off the phone with Yes 4 Minneapolis, which petitioned to bring the public safety amendment to the ballot: "We are so excited, and very, very happy, very, very grateful, that democracy was honored today." https://t.co/8ZwMOZ1QrG

“The City Attorney’s Office is pleased with the Supreme Court’s order tonight, which comes as early voting begins for the municipal election in Minneapolis tomorrow morning. Now voters have the opportunity to make their voices heard on this ballot question. I’d like to thank Ivan Ludmer, Sarah McLaren, Caroline Bachun and Rebecca Krystosek – all members of the City Attorney’s Office who worked hard to craft legally appropriate ballot language and fight to keep it on the ballot.”

Don and Sondra Samuels, who oppose the charter amendment proposal and were involved in the latest legal challenge to the ballot language, said they respect the State Supreme Court's decision and have always supported the item going to a public vote.

However, they urged voters to reject the ballot question.

"If we are really concerned about safety for our communities, we will vote 'no,' on that question," Sondra Samuels said. "Let's be about the business of taking the passion for police transformation -- we gotta have it -- and work with the police to bring it about."

Mayor Frey, who also opposes the charter amendment, said it was still the "right call" for the State Supreme Court to leave it on the ballot.

"The charter amendment itself is fundamentally bad policy," Frey said in a statement. "But that doesn't change the fact that the petitioners and city officials have met their legal requirements. Minneapolis residents deserve the opportunity to weigh in this fall and bring this debate to a close so we can move forward with clarity for our residents' safety."

County elections officials have already printed all 350,000 ballots with the language. Early absentee voting in the city election is set to begin Friday, Sept. 17.

The current language for the question is as follows:

Shall the Minneapolis City Charter be amended to remove the Police Department and replace it with a Department of Public Safety that employs a comprehensive public health approach to the delivery of functions by the Department of Public Safety, with those specific functions to be determined by the Mayor and City Council by ordinance; which will not be subject to exclusive mayoral power over its establishment, maintenance, and command; and which could include licensed peace officers (police officers), if necessary, to fulfill its responsibilities for public safety, with the general nature of the amendments being briefly indicated in the explanatory note below, which is made a part of this ballot? 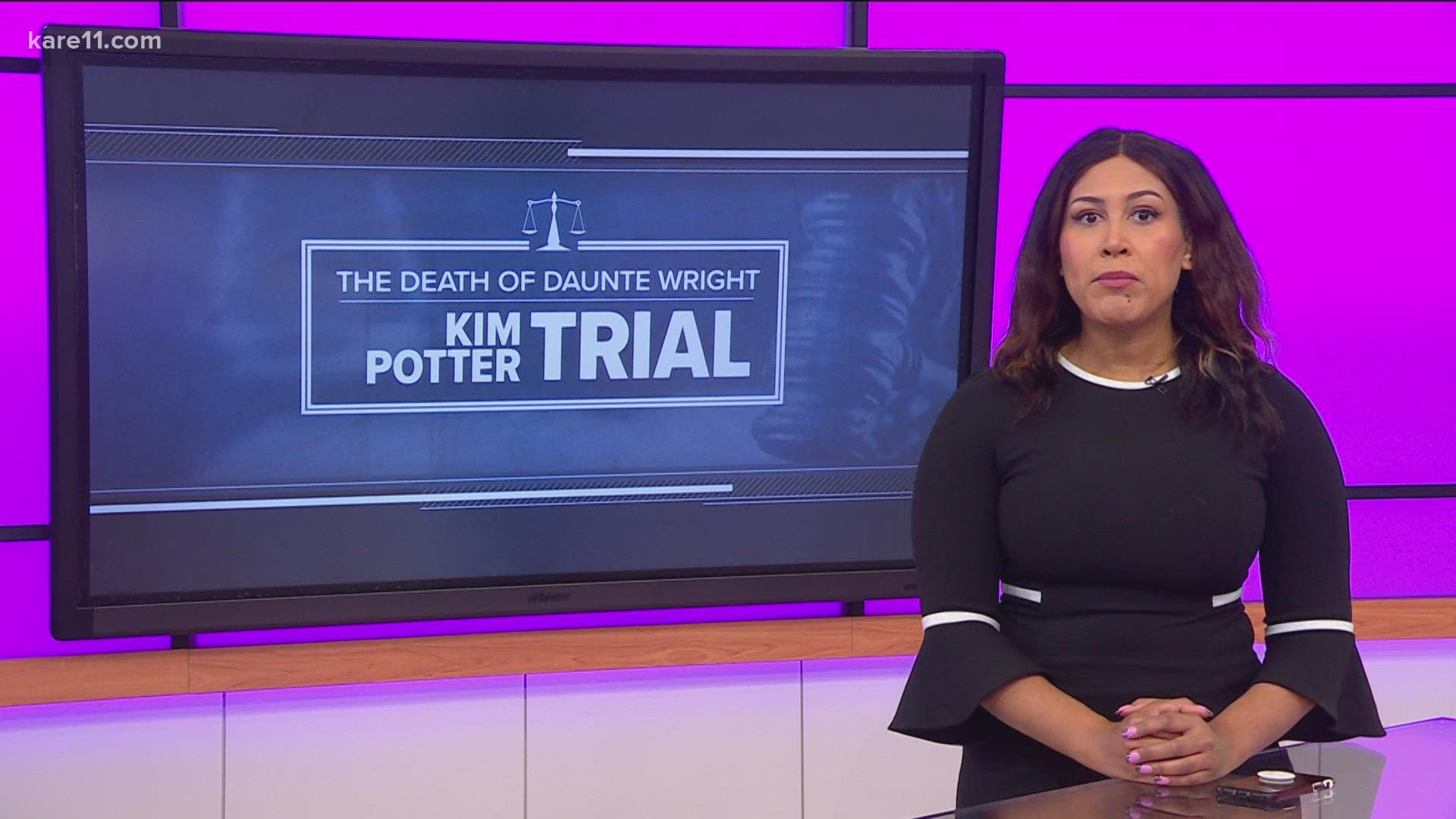