Rose Judkins and her brother survived the attacks on the World Trade Center but didn't know a photo of them fleeing existed until it showed up on network news. 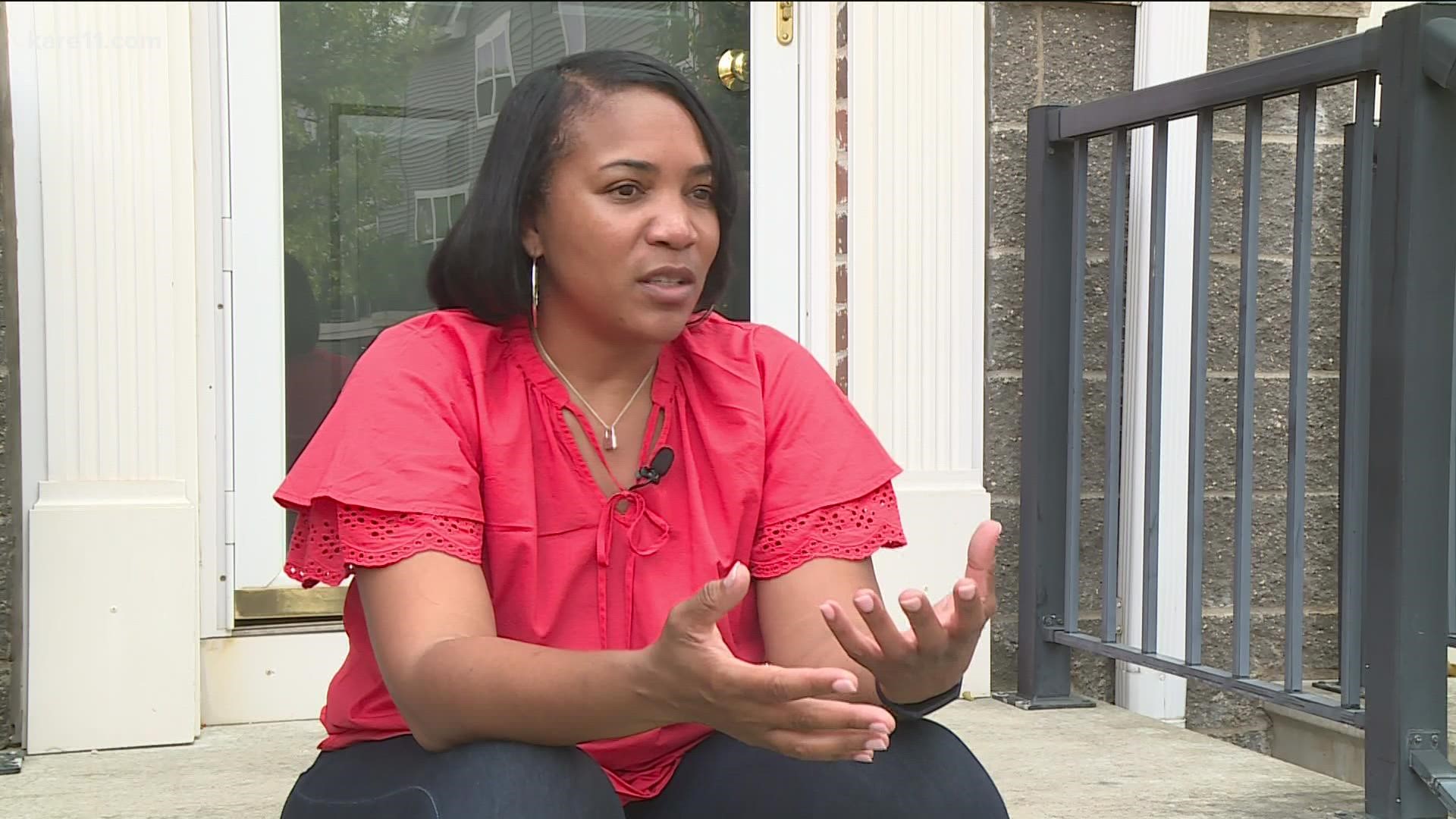 MINNEAPOLIS — The sheer amount of news coverage of the 20th anniversary of the 9/11 attacks had been weighing on Rose Judkins of Apple Valley. What happened that day was seared into her memory forever.

But what she never knew is that someone had snapped an iconic photo of Rose and her brother Dwayne as they fled from Manhattan that day and headed for Brooklyn. Friends started calling her Friday night after seeing the image in a story by Lester Holt on NBC Nightly News.

"And to see that picture, it shocked me, I was shaken tremendously just to see what I looked like on that day," Judkins told KARE.

What she looked like that day was a well-dressed business professional walking with her hand to her head in seeming shock and dismay as the twin towers of the World Trade Center burned behind her.

Rose and her brother both worked at Morgan Stanley in 5 World Trade Center, one of the shorter buildings next to the twin towers. She had a meeting agenda in one hand and a murder mystery book a coworker had lent to her in the other hand when the first plane struck.

"Boom! The more horrible crack of metal against metal, and we knew that wasn't right, stuff coming down from the sky, papers, soot, this and that, and we just started running. People asked if I grabbed by pocketbook. No. I just ran," she said.

Once out of the street she saw people breaking windows in the Top of the World restaurant, waiving white towels, looking for help that couldn't reach them in time. Then she saw people begin to leap from the building, some of them already afire.

At some point, amid the shock and confusion, she realized she hadn't seen her brother, so she turned away from the twin towers to look for him.

"I had coworkers who were trying to pull me away. 'We can't stay here anymore, let's go, let's go.' And I'm fighting them, 'I can't leave without my brother.' That's one of the basic rules from growing up -- you don't come home without your little brother!"

When the second plane hit, she knew she couldn't stay in the area any longer, so she walked with coworkers to City Hall, and was relieved to be reunited with her brother there.

"I found him, hugged him, cried, was so happy to see him. We start walking across the Brooklyn Bridge."

That's when someone snapped a photo of the two that wound up on network news. Other friends called to say they also saw the photo on People Magazine's Instagram feed.

"I've never seen that picture. I sent it to my brother and he said, 'We were trying to get away, we didn't know people were taking pictures of us.' And that view of the burning towers behind us, with my agenda and my little book in my hand still!"

Rose's sister and other brother who worked on Wall Street were still unaccounted for by the time she and Dwayne made it to their parent's house in Brooklyn. She said her father, who was normally glued to the TV, was sitting in his chair staring at blank screen with the remote still in his hand, worried about all of his children who worked at or near the towers.

Her siblings did get caught in the cloud of debris and dust as the towers collapsed, but the managed to make it home in one piece.

Rose wasn't done fighting for her life that day 20 years ago. Since moving to Minnesota she has survived breast cancer twice.

"I think more about gratitude and being grateful that God has kept me through so many things. And, obviously, I have stuff to do, or I wouldn’t still be here," she said.

"God has been with me the entire time."