Governor Tim Walz signed a proclamation back in 2019 – declaring the second Monday in October as Indigenous Peoples’ Day. 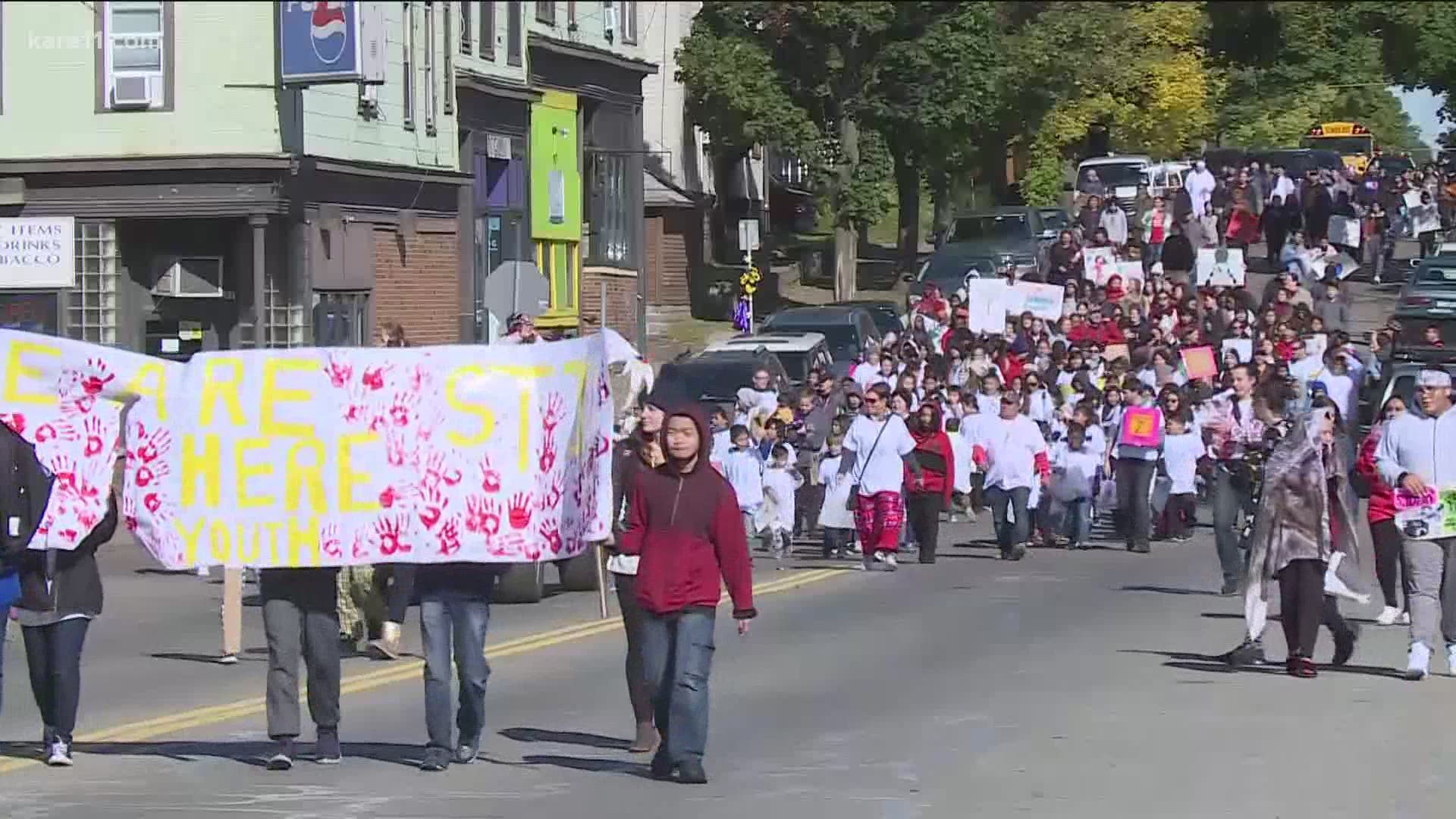 MINNEAPOLIS — Rico Morales is one of a handful of people at George Floyd Square celebrating Indigenous Peoples’ Day.

“Mexican Americans have always been indigenous for Mishika Nation, Aztec, Maya, and many other nations as well,” says Rick Morales.

Several states and cities across the country are opting out of celebrating the Columbus Day holiday and instead observing Indigenous Peoples’ Day with celebrations and ceremonies.

“We are celebrating the indigenous populations, and communities to give more power, more honor, to lift up all voices of all our brothers and sisters of all ethnicities, to have a celebration,” says Morales.

Governor Tim Walz signed a proclamation back in 2019 – declaring the second Monday in October as Indigenous Peoples’ Day. Minnesota is home to almost a dozen tribal nations.

“Native American Indians and Mexican American Indians have been colonized and abused and mistreated for hundreds upon hundreds of years,” says Morales. “Just raising up that voice and the awareness, we are all standing on stolen land from the Dakota people,” he says.

While people across the state are continuing to celebrate Native American culture, Morales says It’s important to make sure to honor the historical significance of the indigenous culture and the people.