It's been a challenge trying to keep crops alive, while much of the state is navigating abnormally dry or moderate drought-like conditions. 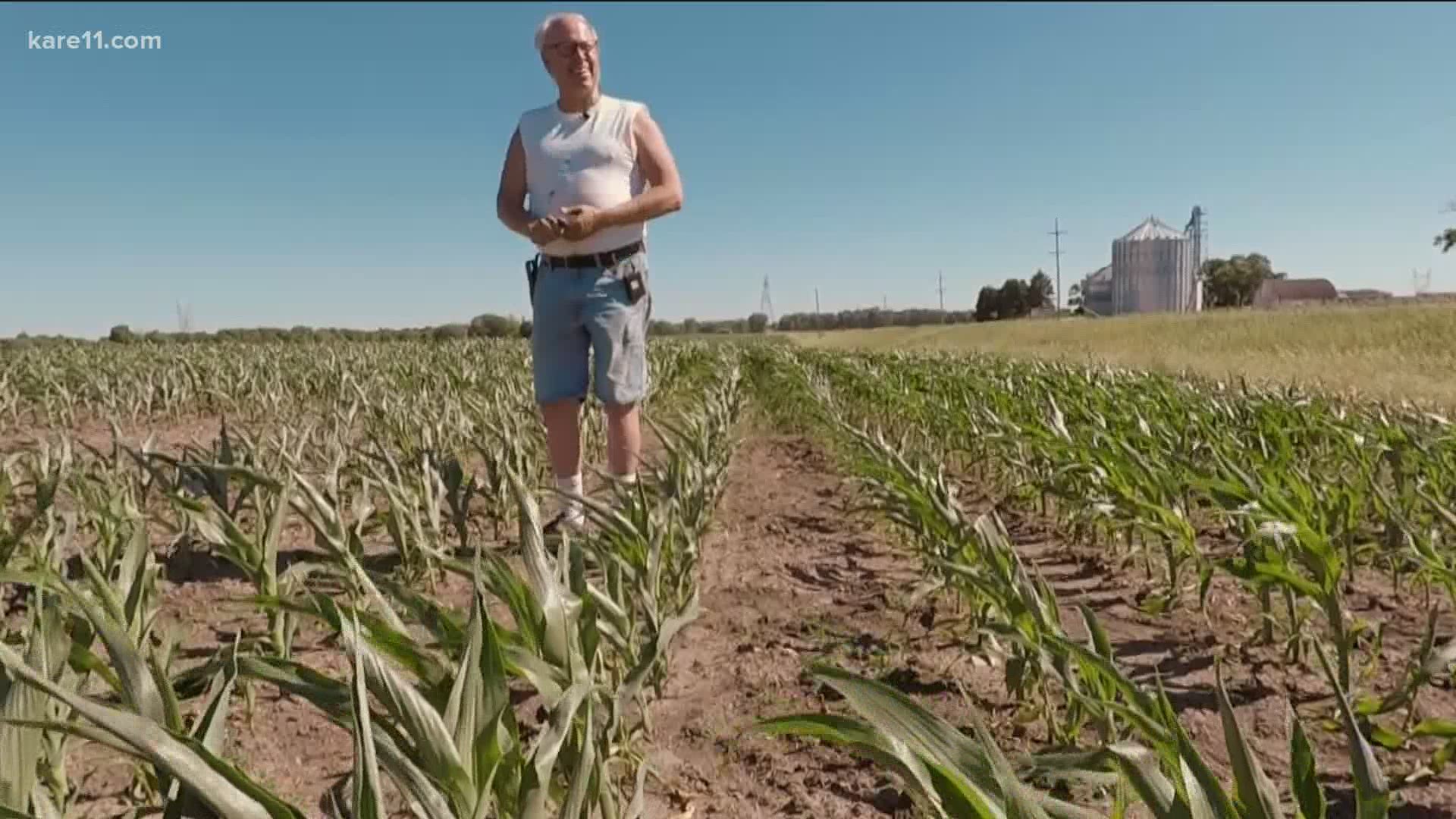 PLATO, Minn. — Just west of the metro, spread out across 1,400 acres near Plato, farmer Greg Stuedemann, like many Minnesota farmers, is facing a crisis.

"The pasture's starting to mature faster. We got hard grass that we really shouldn’t see until the middle of July. We need rain," laughed Stuedemann.

It's been a challenge trying to keep crops alive, while much of the state is navigating abnormally dry or moderate drought-like conditions.

"It brings back memories of 1988. 1988 was really the last real drought where it started in spring and didn’t rain until August," said Stuedemann.

A week's worth of temperatures in the 90s has dried up much of the excess moisture from over the last nine years, which Stuedemann says his corn crops depend on.

"The leaves are rolling up, that’s the plants natural mechanism to slow its growth rate down in order to lessen the water usage and loss at the same time," said Stuedemann.

For Stuedemann, whose farm isn’t setup to reap the benefits of arrogation, these drought like conditions aren’t just taking a toll on the state’s agriculture but also his family’s livelihood.

"The income is definitely going to take a hit. You know everybody’s kind of gloating in high prices now but what good are high prices going to be this fall if you don’t have a crop to sell," said Stuedemann.

It's now a race against time.

"If we go another week, we’re standing out here next Saturday without rain, it's going to be a whole different story," said Stuedemann.

A story of a generational farmer who finds his passion even in the waiting, regardless.

"You know there’s nothing we can do. It's no different than anything in farming. You know, if it was easy more people would be doing it," said Stuedemann.