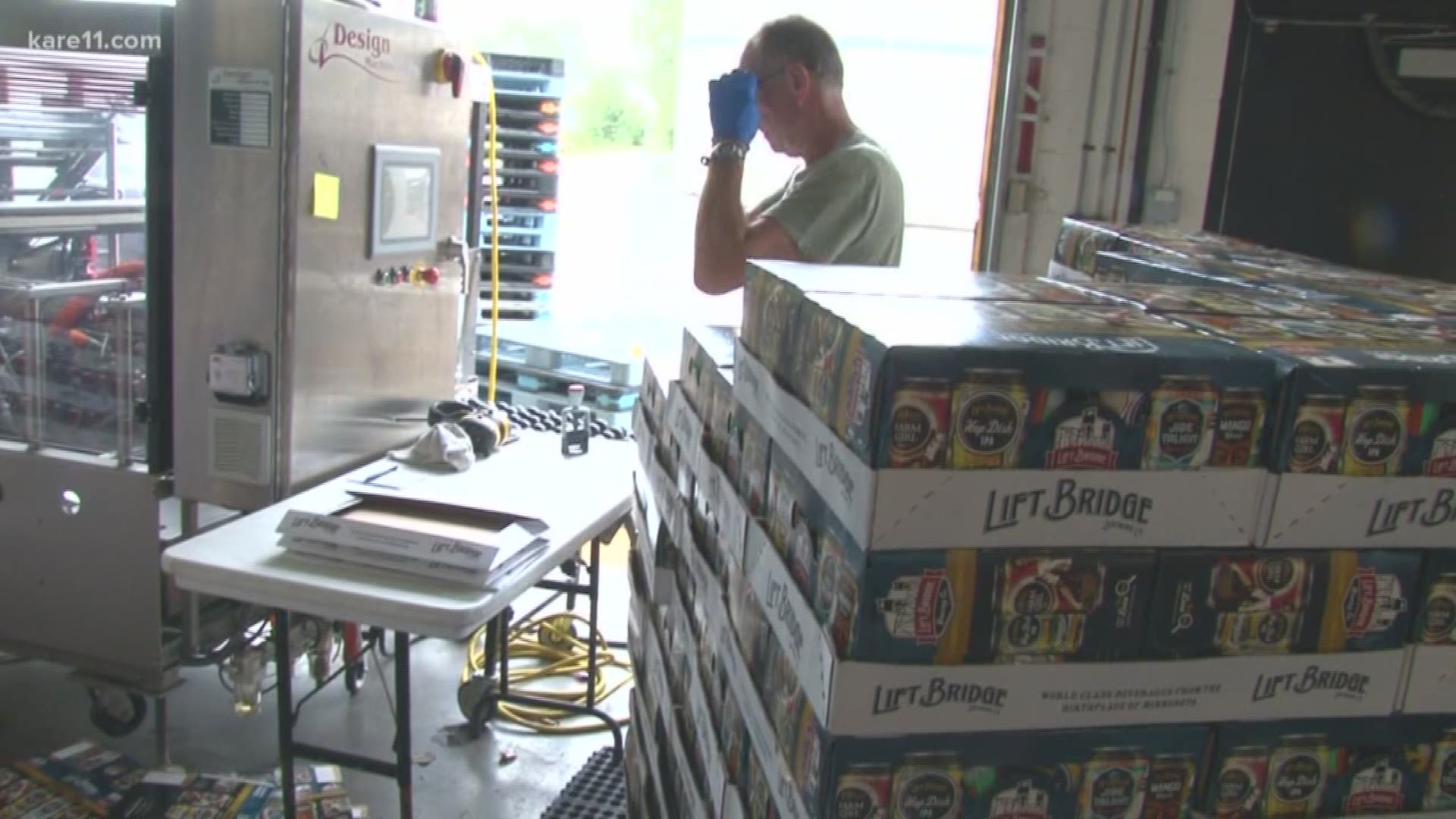 STILLWATER, Minn. — Castle Danger Brewery has a problem that, in a way, is happening because of its success.

Come October 1, the popular North Shore brewery will no longer be able to sell growlers.

"It will be a big blow to us," said Mandy Larson, the Brewery's co-owner.

Castle Danger has hit that cap, so once their current license expires October 1, they'll be required to stop selling growlers. Larson says those sales make up about 30 percent of their taproom sales.

"That lost revenue means that we'll have to make some tough staffing decisions," she said.

Other Minnesota breweries are nearing the cap. Bent Paddle in Duluth and Indeed in Minneapolis both expect to hit the 20,000 barrel mark in the next few years.

Lift Bridge Brewing in Stillwater is currently producing around 19,000 barrels a year.

Co-founder and CEO, Dan Schwarz, says they'll hit the cap within the next year. At that point, they'll have to decide whether to keep growing and lose growler sales, or slow production.

"It's not something we want to do, but it's something we're considering," he said of the possibility.

Schwarz estimates that less than one percent of Lift Bridge's overall business is from growler sales, but the growlers are great marketing tools.

"We'd lose some exposure and marketing that comes through growler sales," he said.

The cap is in place to essentially keep the breweries from competing with liquor stores and distributors.

The Minnesota Licensed Beverage Association in a statement said in part:

“Minnesota has a thriving craft beer industry, and laws, like growler regulations, do NOT need to be changed to accommodate already thriving businesses who want additional advantages over other smaller businesses. Small and medium-sized production breweries have great competitive advantages over regular family-owner liquor retailers with their tap room."

Larson and Schwarz disagree with that argument, saying that even if the 20,000 barrel cap were removed, there is another cap specific to growler sales.

That cap, they say, would limit sales to 750 barrels of growlers a year, which Schwarz estimates is about 47,000 growlers, a mark he says Lift Bridge is nowhere near hitting.

A bill introduced in the last legislative session would have upped the 20,000 barrel production cap, but it didn't pass.

The Minnesota Craft Brewers Guild says they'd like to see it passed in the next session.