MINNEAPOLIS — As the saying goes, "the show must go on." For musician Kyle Skye, that proved true Saturday, April 11.

In addition to making his own beats and writing the songs he records and performs, Skye is founder, owner, and full-time operator of Bay Laurel, an entertainment and lifestyle brand.

Headquarters are based in a house he calls Mint, because of its minty green exterior. It is there Skye produced his debut album, Mint, which includes a song he first wrote back when he wasn't as sure about pursuing music full time.

"I had just finished college football," the 2011 graduate said. "I was no longer a collegiate athlete. I just wrote my last college term paper. I was scared."

Torn between professional football and music, he chose the latter. And the song, Fear Not, has since become an anthem for the people he reaches through Bay Laurel Fund, the brand's philanthropic arm.

Last Saturday at the Mint House, Skye and musicians from the Legacy, a band, stood six feet apart and recorded an acoustic version of Fear Not for MN Bands Together, a virtual concert airing Friday at 6:30 p.m. on KARE 11 in support of Greater Twin Cities United Way. Proceeds will go to United Way's COVID-19 Response and Recovery Fund. KARE 11's Gia Vang and Jana Shortal are hosting.

Skye is one of 11 artists selected to submit a performance video for the 30 minute program, which will also livestream on Facebook and YouTube tonight. But you wouldn't know just from watching Skye's video that something heart-wrenching happened right before he and the band hit record.

"I received a call from the nursing home," Skye said. "I just dropped what I was doing and I raced over there. My grandpa passed away as I was pulling into the parking lot so I was not able to be with him as he was taking his last breaths. I spent as much time as I could and said my goodbyes and got back here to film."

That's the kind of work ethic his grandfather, Floyd Henderson, had.

"He was my hero," Skye said. "He actually ended up becoming the first African-American intercollegiate athlete for Valparaiso University."

Like grandpa like grandson, Skye loved football, too. He played for Minnesota State University, Mankato, before transferring to the University of Minnesota to play defensive back for the Gophers.

"My grandpa wasn't allowed to stay in the hotel with [his] team so they would sneak him in through like the fire escape or tie up sheets and pull him up through the window and then they would all walk out the front door together," Skye said.

Henderson excelled in both football and track. In 2013, he was inducted into the university's hall of fame. According to the athletics department, "he was known for his electrifying runs on the gridiron, both from the halfback position on offense and as part of the Crusaders' punt return game."

Halfway through his college career, he served in the U.S. Army during the Korean War. Although he was away from school for two years, he still played football. He was a starter on the Army's 5th Division football team. Henderson returned to Valparaiso to graduate with the class of 1957. After that, he was invited to NFL tryouts with the Chicago Bears and Detroit Lions.

But instead, Henderson moved to North Minneapolis, where he became the first black home owner on his block. And he painted his home minty green.

It's where he and his wife raised Skye's father and siblings. At some point in childhood, Skye lived there, too. Little did he know, he would live there again as an adult.

"We started noticing him slip I want to say around 2014," Skye said. "My grandfather is one of the most knowledgeable people I ever met. He was a librarian. Watching someone with that kind of knowledge start losing themselves is one of the worst things."

Henderson earned his master's degree at the University of Minnesota and volunteered at libraries on the city's north and south sides.

He lived with dementia for about six years. That's why Skye moved back in with him.

"It's a really exhausting experience and emotional," Skye said. "I wrote, produced, mixed Mint in this house. I took care of my grandpa in this house and, yeah, performed the MN Bands Together in this house."

But now that performance includes a tribute to Grandpa Henderson. 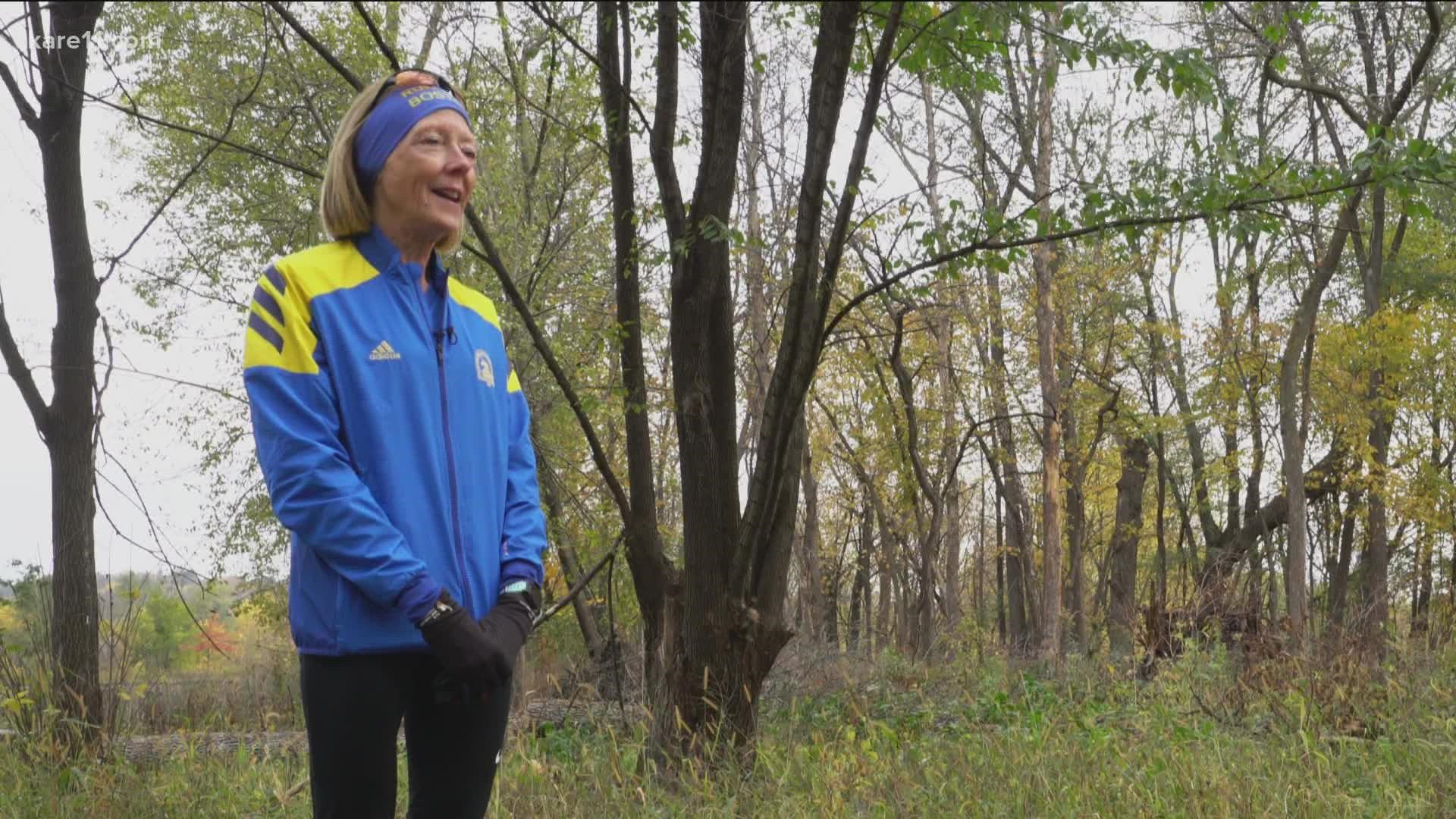