The International Institute of Minnesota is one of five refugee resettlement agencies in Minnesota. To date, they've already resettled 250 Afghans. 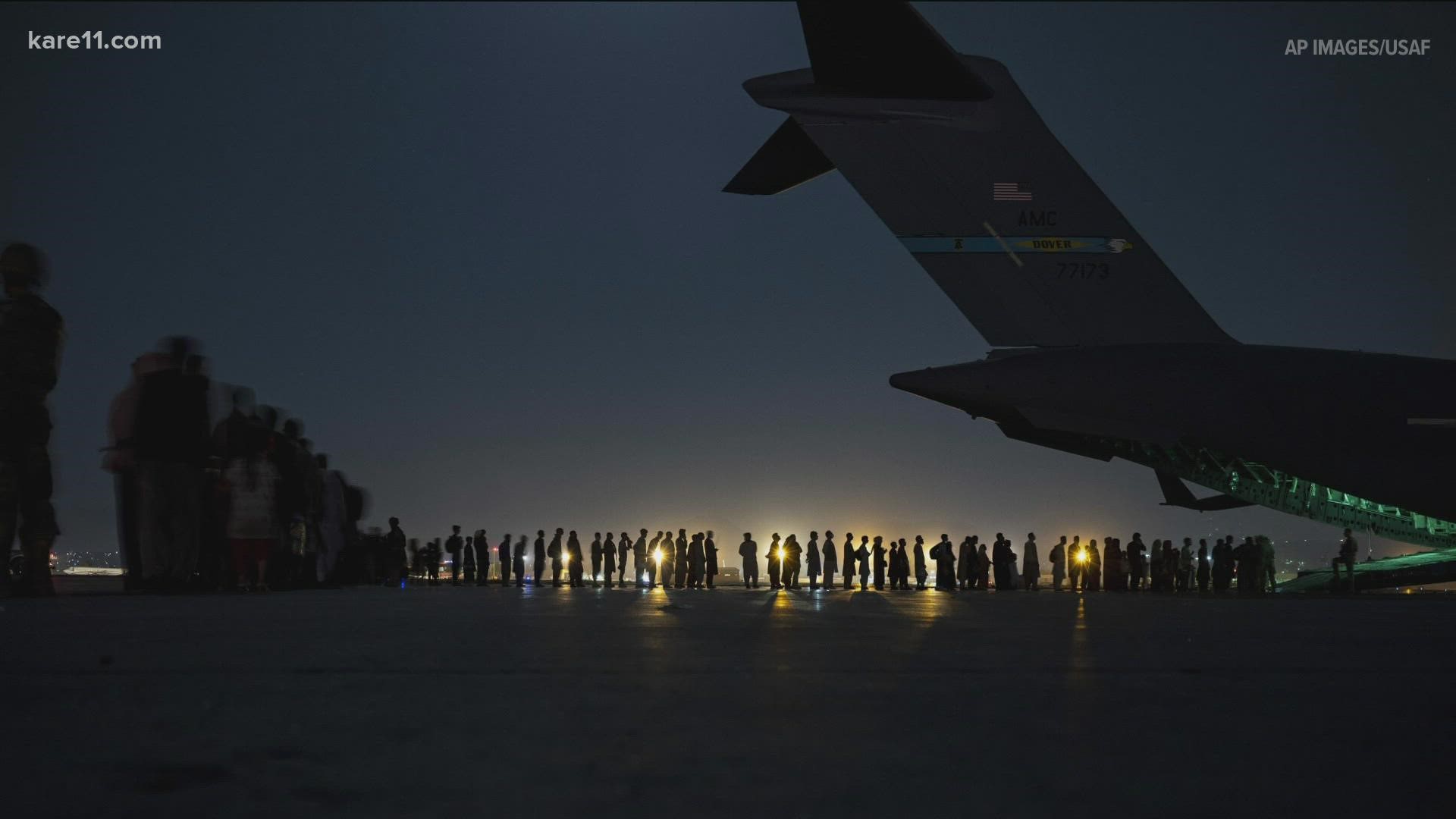 ST PAUL, Minn. — Around 250 Afghan refugees are expected to arrive in Minnesota in the next three weeks, according to the International Institute of Minnesota.

Jane Graupman, the executive director, says the significant number arriving now is because Afghans who arrived at the US military bases in early September have now completed health and security clearances.

"The Afghan program folks started arriving in the U.S. military bases about two and a half months ago, and so there was a moratorium on them leaving the bases for awhile," said Graupman. "Just to make sure all their health screenings were done, their security clearances were done, and now, they’re coming in very swiftly."

The International Institute of Minnesota is one of five refugee resettlement agencies in Minnesota. To date, they've already resettled 250 Afghans. Now, they're tasked with resettling that same number in a much shorter time frame: less than a month.

"We're all hiring staff as quickly as we can because people are coming in so quickly," she said.

Right now, the @IntlInstituteMN is in need of financial donations. Exec. director Jane Graupman says their agency is joining 4 others statewide, quickly preparing to welcome approx. 250 Afghan refugees in the next 3 wks. More on @kare11 at 10. Donate here: https://t.co/6xCaoAgw9t

Right now, she says the agency is in need of financial donations to pay for extra support staff (she says they're doubling their staffing), new housing, furnishings, and supports for case management.

"The thing that all of us need the most right now is financial support because we have to gear up so fast, and we need staffing, and the federal government doesn’t pay for the entire cost of the program," Graupman said.

To donate, visit this site.

But Graupman says one of the easiest things you can do to support new Americans doesn't cost any money.

"Just saying hi and smiling actually goes a really long way, she said. "Our clients talk about that a lot and they actually do find Minnesota to be a very welcoming place. They tell us that all the time."