MnDOT is asking drivers to be on the look out for road buckles as temps stay in the 90s this week. 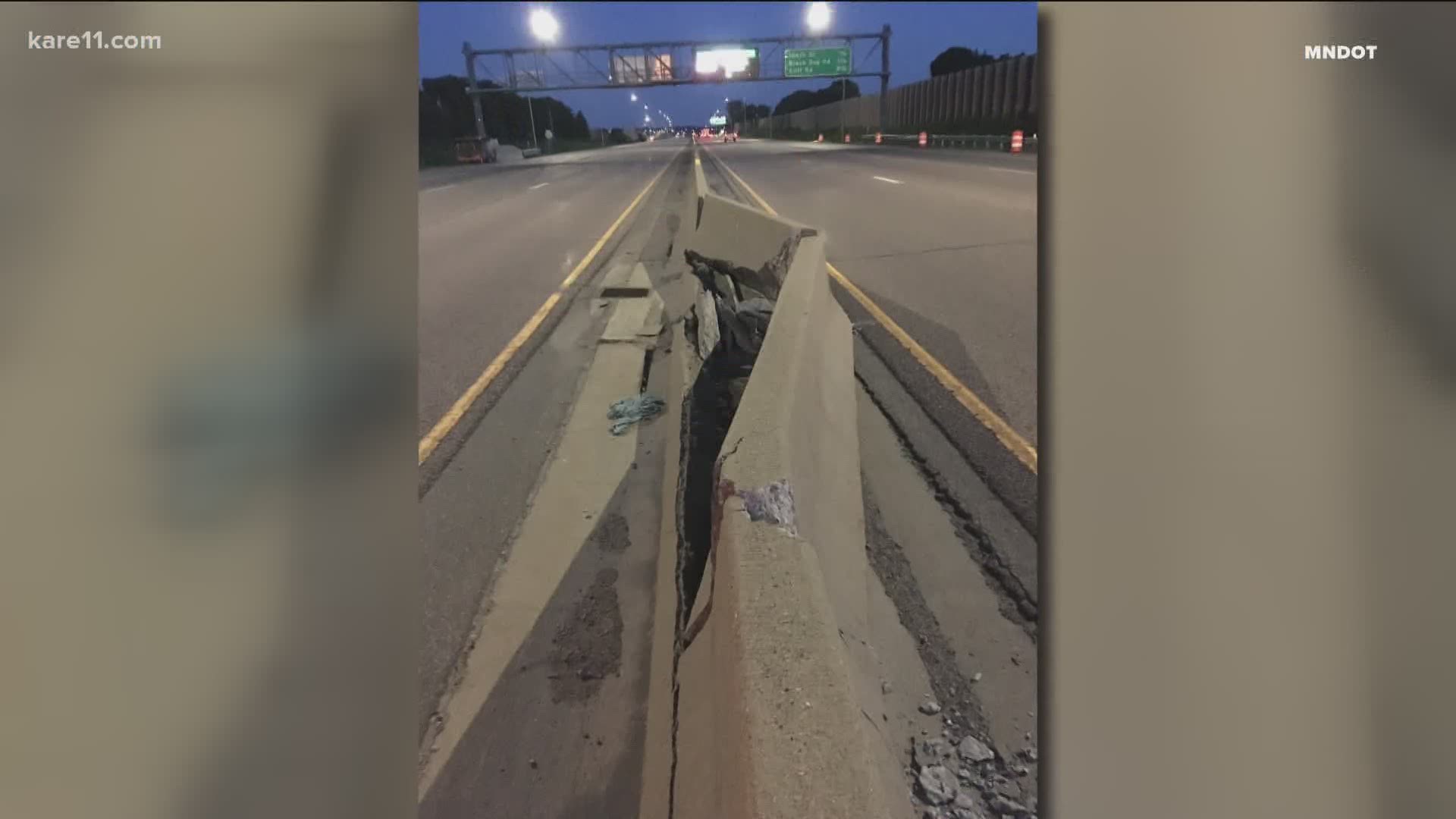 MINNEAPOLIS — Minnesota is a state of extremes.

Just a few months ago we were talking about ice on the road, now it's road buckles.

Minnesota Department of Transportation (MnDOT) spokesperson Anne Meyer says road buckling happens every summer in Minnesota, but we rarely see this many.

"It's really in the extreme heat that we see this becoming more of a problem,” Meyer said.

Meyer says there have been several other road buckles reported across the state as well.

And with several days of 90-degree weather coming our way, MnDOT is expecting to see even more road buckles later this week.

“With temperatures this hot, we expect that this problem will continue,” Meyer said.

According to MnDOT, road buckles happen when the pavement temperature gets so hot that it starts to expand.

The roads are designed to accommodate for this expansion, but there is only so much that the roads can take.

When the roads run out of room to expand outwards, they start to expand upwards to relieve the pressure, and that’s how road buckles form.

“These road buckles can be very dangerous,” Meyer said. “We do consider that a traffic emergency. We want drivers to call 911 if they see this happening along their route so we can get out crews out there and repair it very quickly."

Meyer says the best thing to do is to slow down and to try and move over to another lane, if you can do it safely.

She says it’s impossible to predict when and where road buckles will pop up and there really isn’t a way to prevent them when the weather is this hot.

"We just hope for cooler weather sooner than later to help alleviate this problem.”