More firefighters dying by suicide than in line of duty

We look at a dark statistic about firefighter suicide, and the hope that is out there to rescue the rescuers. 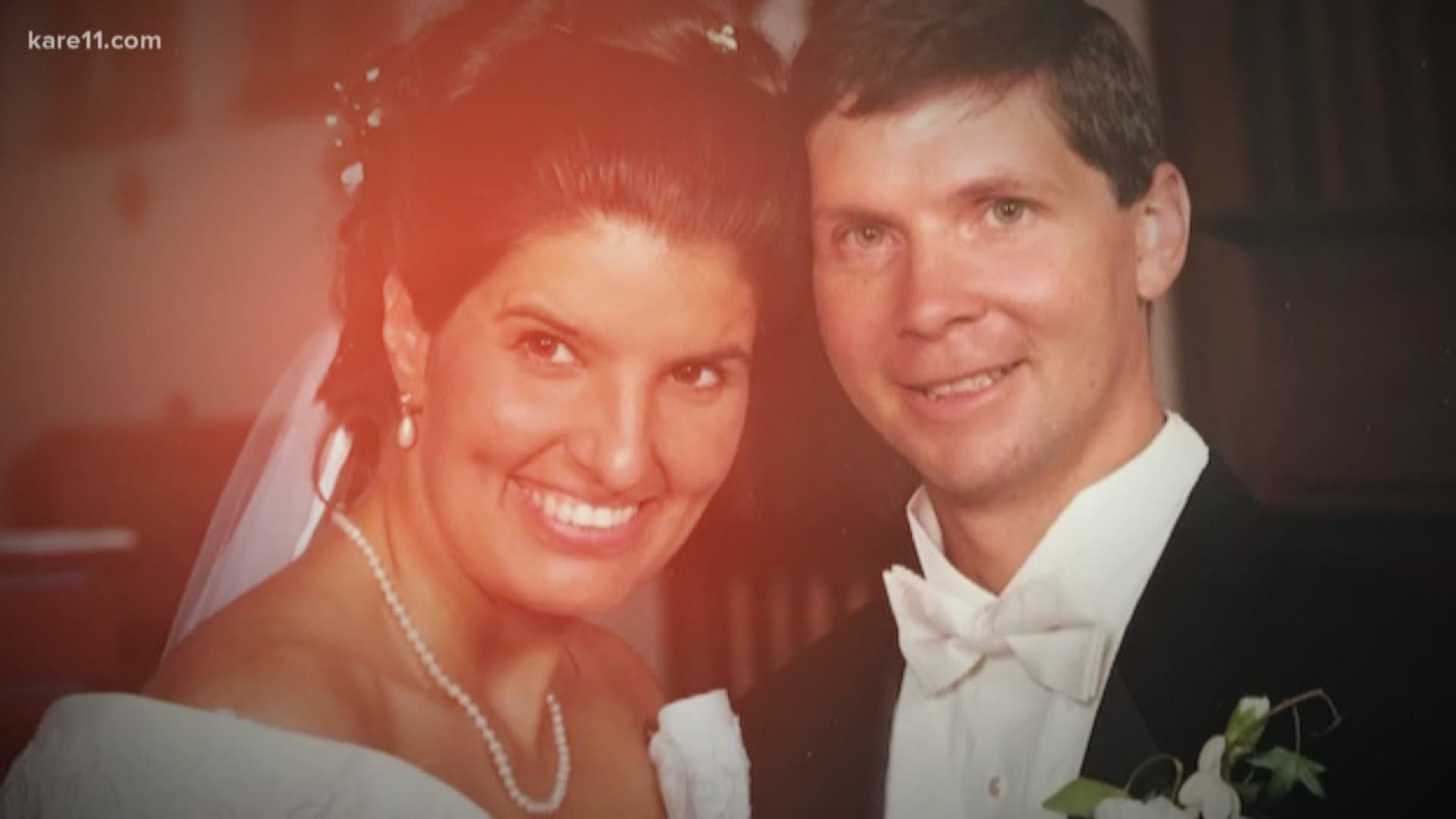 “He was the local ambulance and I was injured pretty severely there,” Angie said.

“We joked about it for years later, that he rescued me,” Angie said. “I loved his yearning for public service. He wanted to help.”

They were together 14 years.

“It went far too quickly,” she said.

In 2006, Tim died by suicide.  Four firefighters or EMS are known to have died by suicide that year in Minnesota, according to the Firefighter Behavioral Health Alliance.

“Sometimes you come in with things,” said Chris Caulkins, executive director of the Strub Caulkins Center for Suicide Research in Woodbury. “But there's this psychologic trauma, and I think that is the main driver, I will never say it's the sole thing. It isn't. There are people who witness unbelievable trauma and pain and suffering of others, yet come out seemingly unscathed.”

Caulkins said repeat trauma can wear on responders like firefighters.

“Maybe you get repeated calls to the same people over and over and just like taking care of a family member with cancer, it wears you down,” he said. “The same thing happens with health care providers.”

Angie remembers one call her husband especially identified with.

“I still remember him coming home after a car accident and he was holding a child that had been in the accident and he said, ‘All I saw was our son’s face,’” she said. “It just really hit him hard.”

Sometimes those calls would stay with him for months.

“He'd still say, ‘You know, this is still on my mind, or bugging me, like as it just happened today,’” she said. “That's the funny thing with trauma, bad stuff, it comes back.”

In 2016, an organization called MnFIRE was created to help fight the three highest causes of death among firefighters: cancer, cardiac issues and emotional trauma.

“When they encounter one of these very unpleasant calls that kind of leaves a mark,” said MnFIRE President George Esbensen.

He says MnFIRE is not just about supporting and reacting to that trauma when it happens.

“Also very, very importantly, is be proactively providing education, prevention and support and research and stop it from happening. It's like fire prevention is a much better strategy than fire response.”

At the St. Louis Park Fire Department on Saturday, Jan. 26, MnFIRE put on a training. It's part of their mission to educate all 22,000 firefighters in Minnesota.

“This is a very important mission and we know that changing the culture matters,” MnFIRE Vice President Mike Dobesh told the crowd of firefighters. “Every one of us has that superhero mentality, and we don’t think it’s going to happen to us, therefore we ignore it until somebody pesters us enough to actually go after it and actually take care of it. And usually by that time it's too late.”

“Half of all firefighters, half, think about dying, think about suicide,” she said. “So if it's not you, it's the person sitting next to you. … And 20 percent of those people are making a plan, thinking about how they actually want to go through with it.”

She shared research from the Journal of Emergency Medical Services: That first responders attempt suicide at a rate six to 10 times higher than the general population.

Angie remembers Tim struggling for a long time before his death.

“We were trying anything to try to get this happiness back in his life,” she said. “The day he died, he literally left that morning for work, I wouldn't have told you that was the day that he was going to leave us because I thought, ‘OK, he's doing all right today.’”

Later that day, Angie noticed there was a cop parked in front of the neighbor’s driveway.

“I hear a knock at the door, still not even thinking anything, and as soon as I saw the cop, and the look on her face, and I even said to her, I said, ‘Something’s wrong,’” Angie said. “And she says, ‘Yeah, why don't you sit down.’ And told me that they had found him.”

“The hardest thing you have to tell your kids is, ‘Your dad’s not coming back,’” Angie said. “That is what is so hard to lose, what would have been a great role model for them, a great dad for them.”

Caulkins said the important thing they need people to understand is that getting help when you have psychological trauma is important.

“If I'm helping you, I have to be healthy,” he said. “I need to make sure I’m OK. And I think that’s just my duty as a responder.”

MnFIRE hopes to expand its reach by educating fire station “leaders” to spread their message to as many firefighters as possible.