The state pollution control agency found that the plant would comply with environmental standards -- but did not take a fire into account. 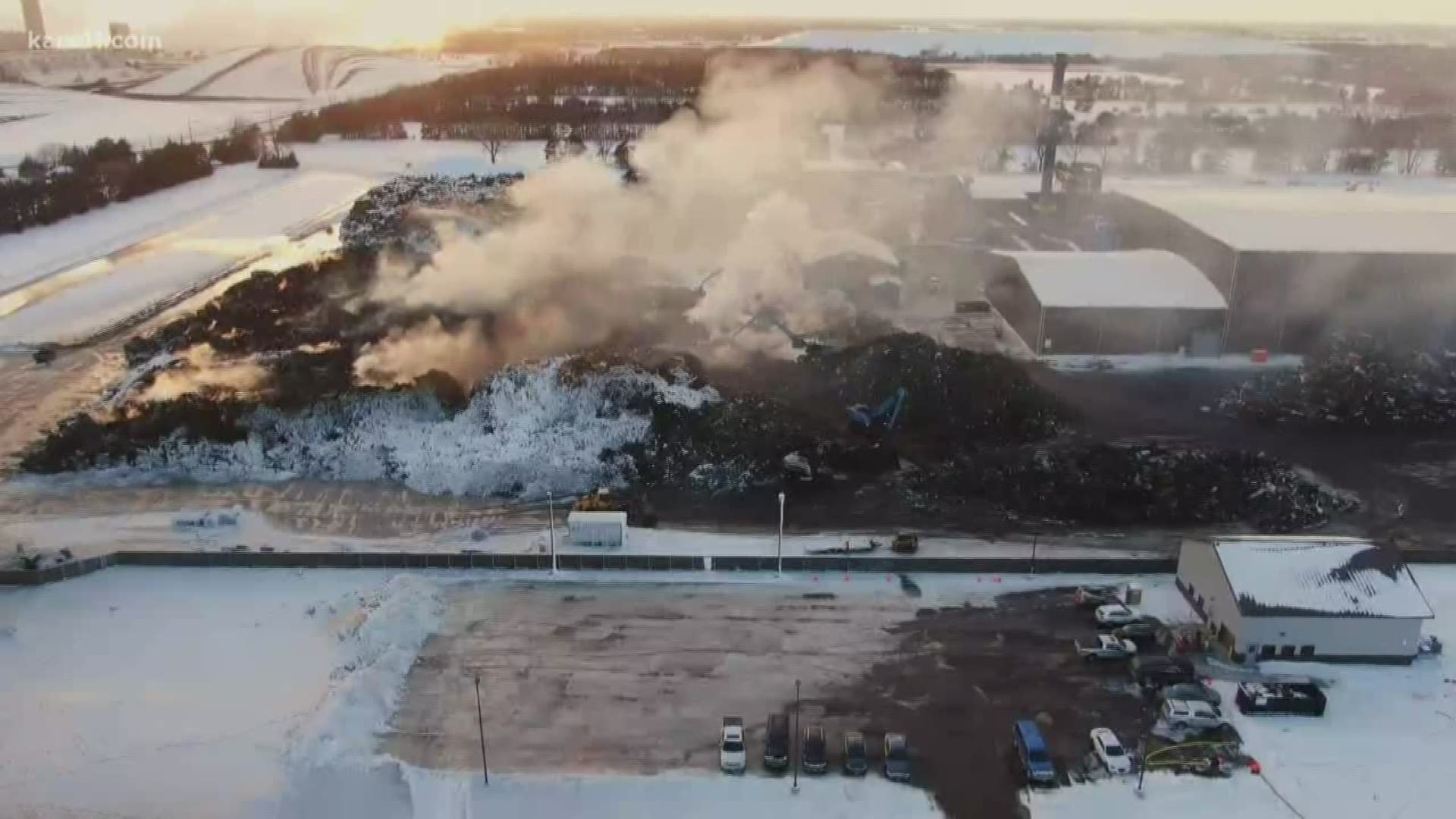 The Minnesota Pollution Control Agency determined in 2018 that the Northern Metal Recycling plant did not need an Environmental Impact Statement after information provided by the company showed the Becker facility "does not have the potential for significant environmental effects."

"The MPCA does not expect the Project to have adverse effects to human health and the environment," the agency wrote.

However, the review did not examine the environmental impacts from a significant fire.

"The environmental review process is designed to evaluate the potential environmental impacts from a proposed project or facility such as emissions, wastewater or stormwater discharges, excavations etc. It does not take into account contingencies like fire, flood, etc.," MPCA spokesman Ralph Pribble said on Thursday.

The MPCA approval also came after several residents voiced their concerns about the project, particularly in light of Northern Metal' history of pollution at its North Minneapolis facility.

The MPCA forced Northern Metal to shut down that site in 2019 after several years of monitoring near the plant found numerous violations of air quality standards. Among those: higher than allowed levels of lead, heavy metal and other toxins, many of which have been shown to contribute to developmental delays in children, increased cancers, and premature death.

After Northern Metal proposed moving its site to Becker, many residents cited that history in voicing their opposition to the MPCA.

"I understand that this represents an economic opportunity for my community, but Northern Metal's track record in Minneapolis does not inspire a lot of confidence," resident Scott Gifford wrote the MPCA.

The agency reviewed an Environmental Assessment Worksheet submitted by Northern Metal, and in 2018 found that any emissions or pollution concerns would be minimal.

On mercury emissions, the MPCA found that there would be no increase in the toxin to the nearby Mississippi River.

In 2019 the MPCA fined Northern Metal $200,000 after the company was found to have falsified air quality data it had provided to the agency related to its North Minneapolis plant.

As part of that sanction, the MPCA said it had cause to reopen the Becker facility permit and change its terms, but it's not yet known if that happened.

A message left with Northern Metal COO was not immediately returned Thursday.

The Becker plant was not yet operational when the fire broke out and did not have any significant violations, the MPCA said on Wednesday.

The Becker police chief Brent Baloun released a statement Thursday morning saying "major progress" had been made in battling the fire.

"Crews indicate that the fire is being maintained and under control at this point," Baloun said.

Pribble of the MPCA said an evaluation on the fire's environmental impacts and potential need for cleanup actions, "will follow when the emergency is over."

Becker Public Schools canceled classes Thursday after school superintendent Jeremy Schmidt cited a recommendation from the MPCA and the state health department that "people who have concerns about their health should seek advice from a medical care professional. In the meantime, advice to shelter in place or move away from the source of the smoke is the right advice for nearby occupants."