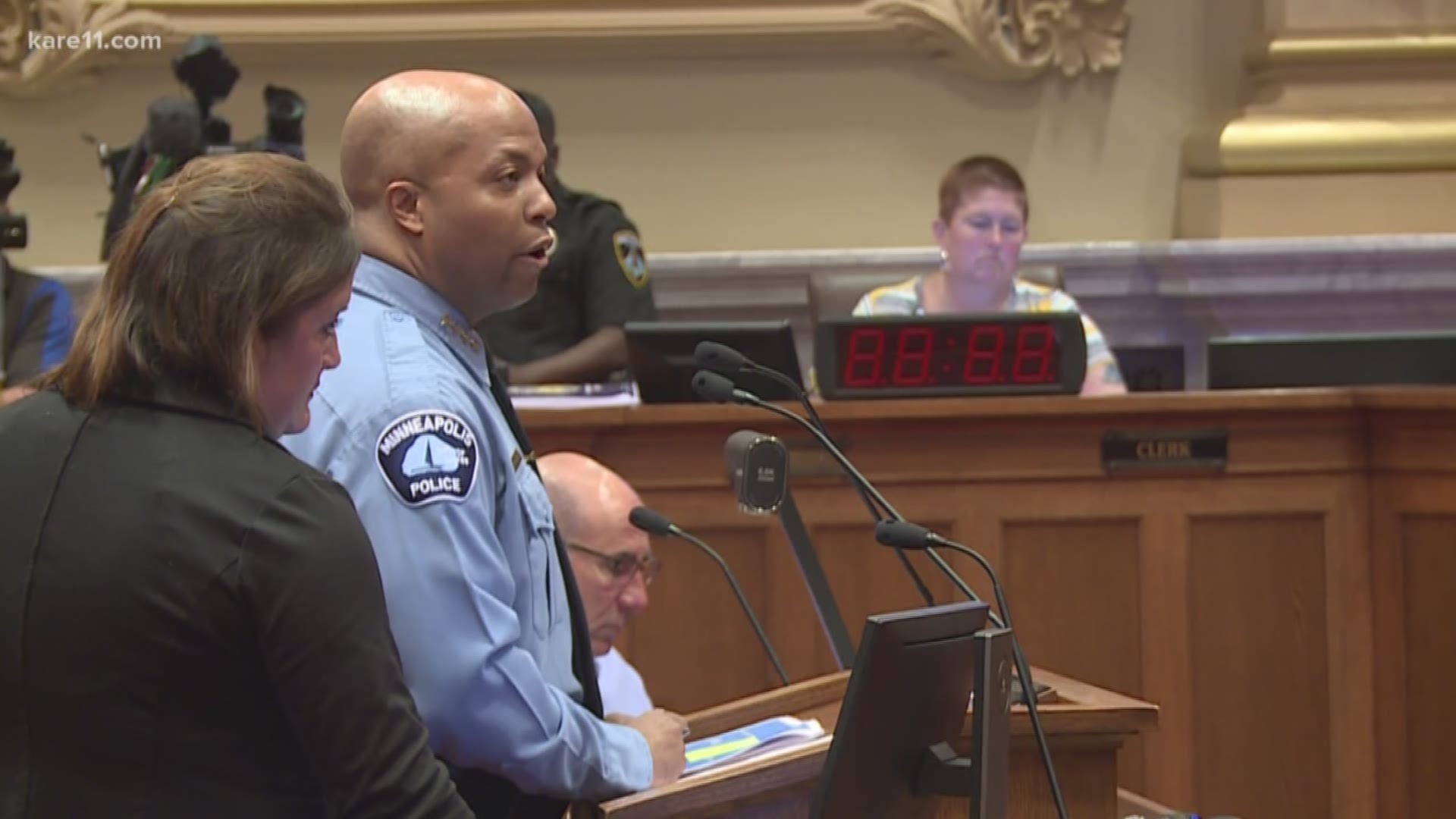 MINNEAPOLIS — In a three-hour public safety meeting at the Minneapolis City Council, Police Chief Medaria Arradondo laid out reasons why he believes increasing the number of MPD officers will reduce crime.

By the year 2025, Arradondo believes MPD should increase from 600 patrol officers to 1000.

"Because our staffing needs have not been properly addressed over many years. It has resulted in our current MPD resources being strained to capacity, and quite frankly we are hemorrhaging," Arradondo said.

Over the last 12 months, MPD had no available officers to send to top-priority 911 calls 1251 times, Arradondo said.

"This is unacceptable to me as chief, and I know for all of you as well," he said.

Some community members attending the hearing agreed during the public comment portion.

"We have if not the lowest, if not close to the lowest crime rates in Minneapolis and I firmly believe it’s a result that we have a substation and the extra officers," said Jeff Meehan. "I do support increasing the number of police officers."

But others asked the council members to concentrate on providing resources to solve root causes of crime, like joblessness.

"Historically. Continuing to hire more and more police officers has not solved these problems. If we want our city to be safer, we need to be clearer about their root causes and creative about solutions," one man said.

Another woman asked for resources for the homeless. She showed the committee a jar of more than 60 needles that she said she just picked up along Bloomington Avenue.

But Chief Arradondo said staffing issues are threatening his mission.

"If we continue with the same broken model, my work for transformational change for MPD, shifting the culture," he said, "We will be at great risk of failing."

Several council members were skeptical that adding more officers is what the city needs.

"A concern that I have, and I know others share this concern – will growing the number just grow the current culture?" asked Ward 4 council member Phillipe Cunningham.

"I’m responsible on my watch to hold those officers accountable. But to have as a community a reaction we should not hire police officers men and women to go into harms way  when we need them. I don’t buy that argument at all," Arradondo responded.