Mpls. company adds 'lactation pod' for moms who need a space to pump

"It's already hard enough ... hopefully, this is one of those ways that we can [make it] a little easier." 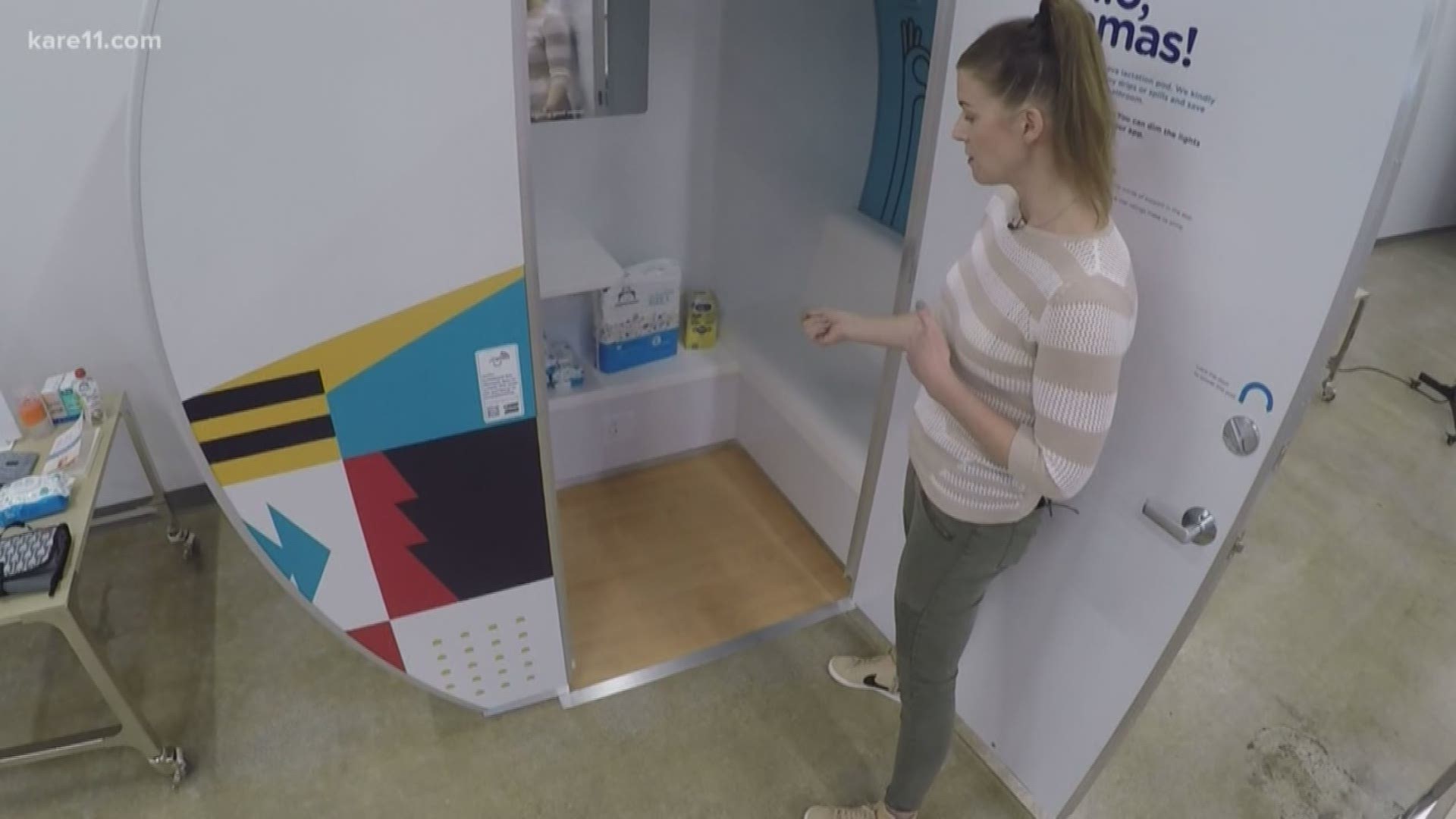 MINNEAPOLIS — Before Third Haus coworking space opened its doors in southwest Minneapolis a few weeks ago, co-CEO Anne Mezzenga knew a space for nursing mothers needed to be a part of the plan.

That space took the form of the Mamava lactation suite. A small pod with electricity for a breast pump, a door with a lock, and enough space to fit both mom and the small children she might have with her.

It's a private, clean space open to all nursing mothers, not just those who belong to Third Haus.

"You could be here or just driving by, and if the pod is open, you're good to go," Mezzenga said. "I'm really thrilled to be able to offer this to our members of our coworking space, but then also to the moms in the community who are listening to a podcast and pumping in their car. I don't want that to happen. I want them to be able to come into this space, to feel comfortable, to feel relaxed."

Mezzenga, a mother of two boys, knows firsthand how hard it can be to find a space to pump.

Credit: KARE
The inside of a Mamava lactation pod. The pod's have electricity for breast pumps and a door with a lock, so mothers can pump in private.

Since launching in 2015, Vermont-based Mamava has placed nearly 1,000 lactation suites across the country.

"There was almost a class system between those who can pump at work and those who don't have the accommodations," said Mamava's Director of National Accounts, Danielle Ritter, "What we've really tried to do is make this incredibly easy for moms."

Each Mamava pod is listed on the company's app, which is free to download. Type your location and you'll not only find all the nearby Mamava pods, but all nearby public places with spaces for mothers to nurse privately.

"The Minnesota History Center has a lactation space in there," said Ritter as she demonstrated the app.

RELATED: Breastfeed 'wherever and whenever': Target store sign has moms rejoicing

Moms are also able to leave feedback on things like whether a space has an electrical outlet, space for strollers, and a lock.

"It's absolutely like a Yelp for nursing moms," Ritter said.

Mezzenga's goal in adding a lactation pod to Third Haus was two-fold: She wanted moms to have a space to pump, and for people who use Third Haus' retail-oriented coworking space to consider the pod for future retail stores.

"It's not hard to provide this amenity to your customers," she said, "It's bigger than just our space. This is really a movement that more of us who are designing future retail and future spaces need to be thinking about."

But any woman who has ever breastfed can understand this reason Mezzenga cites for wanting to have the pod:

"It's [breastfeeding is] already hard enough ... hopefully, this is one of those ways that we can contribute to making that a little easier for moms."

Nursing mothers heading to the State Fair this week should know there are multiple lactation spaces available there, including one at HealthFair11.

A link to those spaces can be found here.