The brewery will donate 100 percent of the proceeds from all LoveStrong IPA sales to the United Way Virginia Beach Tragedy Fund. 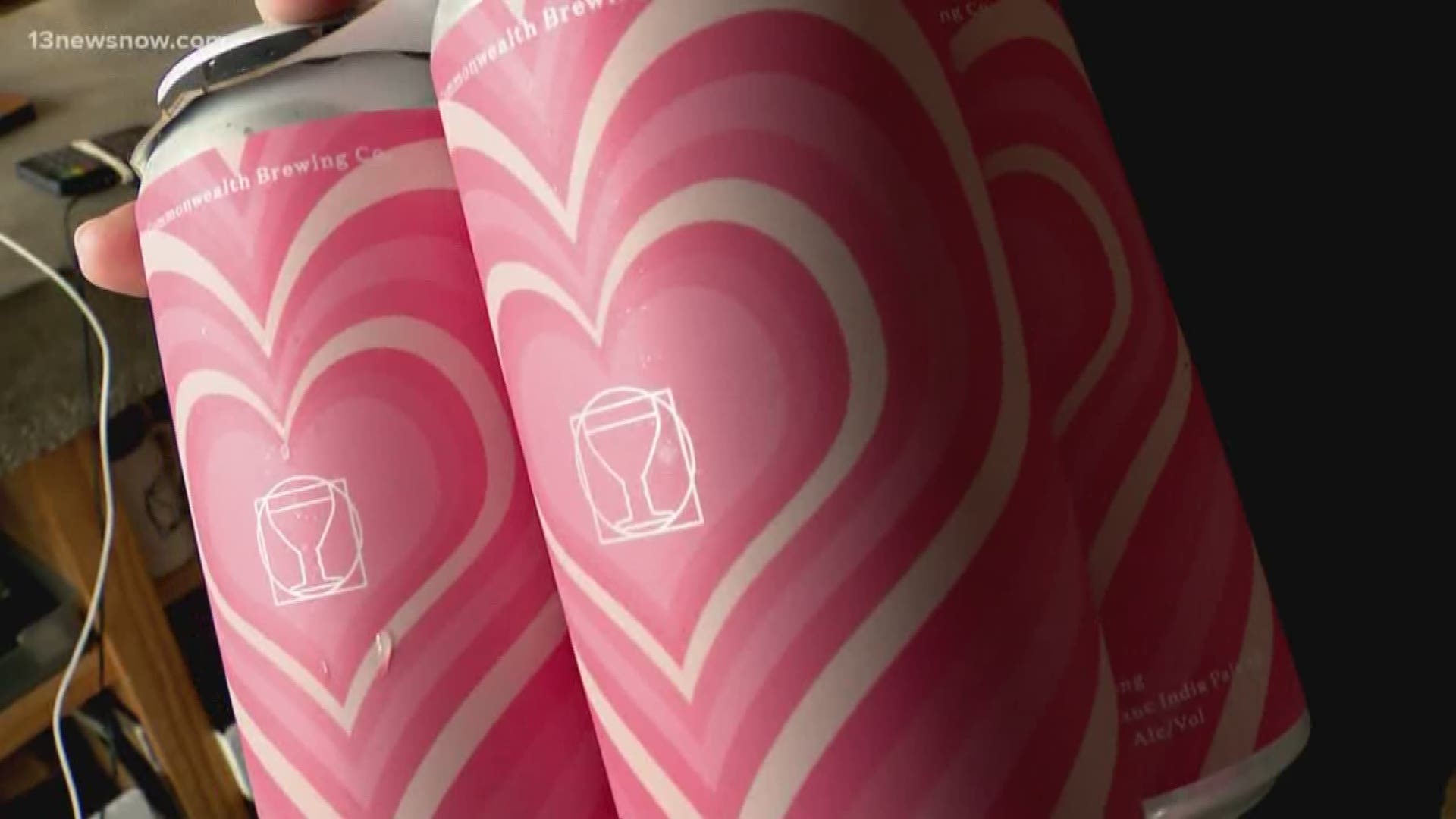 VIRGINIA BEACH, Va. — Commonwealth Brewing Company will release LoveStrong IPA at their taproom on July 26 in support of the families of the May 31, Virginia Beach Municipal Center shooting.

The brewery will donate 100 percent of the proceeds from all sales of the beer to the United Way Virginia Beach Tragedy Fund.

“Creating LoveStrong is our brewery family’s way of supporting the families of the victims and helping cultivate love and healing in our community,” noted Jeramy Biggie, Owner and Head Brewer. “The name is a true reflection of the people of Virginia Beach and the outpouring of love and support provided for those impacted by this tragedy."

An event will be held on July 26 starting at 11 a.m. It will feature music, food, and sweet treats.

LoveStrong IPA will also be distributed by Hoffman Beverage to multiple retail locations around Virginia Beach and Norfolk.

In Norfolk, LoveStrong will be available at The Birch, Public House, Gosport Tavern, Jack Brown’s and Bottlebox.

Hoffman Beverage and many of Commonwealth Brewing Co.'s partners receiving LoveStrong will also donate a portion of their proceeds to the Virginia Beach Tragedy Fund.