"They deserve to be honored." 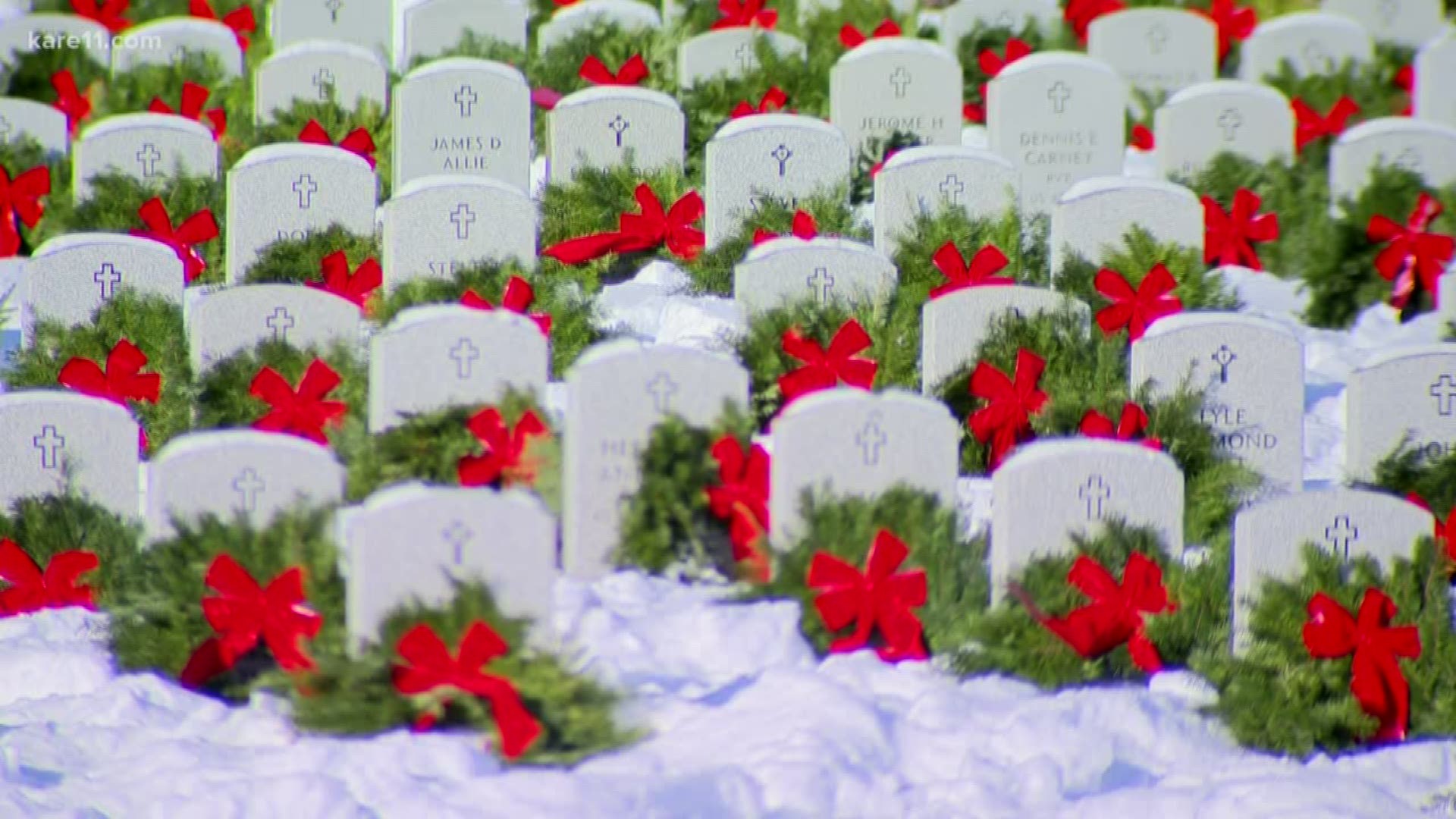 LITTLE FALLS, Minn. — Every December, the nonprofit Wreaths for the Fallen arranges for thousands of wreaths to arrive at Minnesota's three State Veterans Cemeteries, where volunteers then place a wreath on every grave.

For the Minnesota State Veterans Cemetery in Little Falls, that meant nearly 6,000 wreaths this year, the 10th year in a row they've raised enough money to purchase wreaths for every grave.

"Every veteran, and every veteran’s family member, is going to be honored. It’s my passion," said Wreaths for the Fallen President, John Thomas.

Which is why there were three more wreaths this year, placed around a flag pole at the center of the cemetery. Each wreath was decorated with a picture of one of the Minnesota National Guard soldiers killed in a helicopter crash near Kimball December 5.

Credit: KARE
A wreath with a picture of Sgt. Kort Plantenberg at the Minnesota State Veterans Cemetery in Little Falls.

"When that happened, some of our officers, the first thing they said - there was no question - it was how are we going to figure that into the ceremony and honor them as well?" said Thomas. "They deserve to. That's all I can say. They deserve to be honored."

Volunteers and family members of some of the veterans buried at the 39-acre cemetery helped place the wreaths on every grave in about 20 minutes.

Credit: KARE
Wreaths on the graves at the Minnesota State Veterans Cemetery in Little Falls.

Similar ceremonies were held Saturday at the State Veterans Cemeteries in Duluth and Preston.

A funeral for one of the fallen National Guard soldiers was held on Thursday. Services for the other two will be held Sunday and Monday.