The soldiers were part of a unit which had just returned from a nine-month deployment to the Middle East in May. 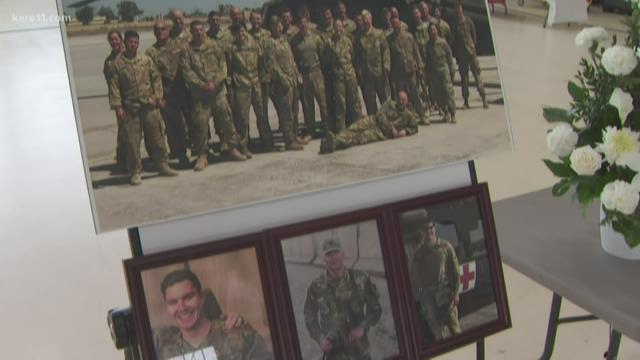 In a tweet Saturday morning, the National Guard identified the soldiers as:

The Guard said the unit "had returned from a nine-month deployment to the Middle East in May 2019, where they conducted medical evacuations in support of Operation Spartan Shield and Operation Inherent Resolve. All three soldiers deployed on this mission." 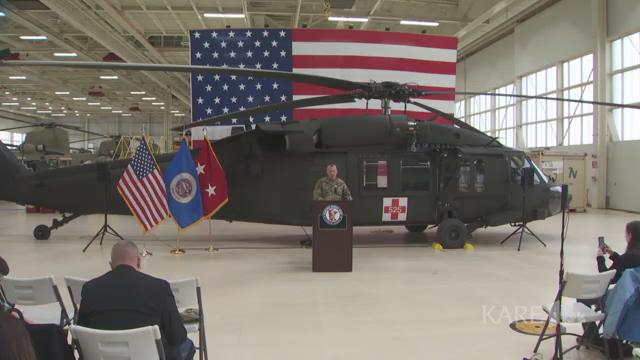 Members of their unit Saturday spoke about the loss.

"We're all grieving together, the aviation community is a family. We'll get through it together, but there's going to be some long days, long weeks, months, years ahead without them. But we'll continue to honor them, and when we're ready, we'll start flying again and we'll do it in honor of them," said Nicholas Arrigoni, a flight paramedic with Company C, and a friend of all three soldiers.

"Mr. Nord was always the smile in the room," 1st Sgt. Shawn Schmidt said. "No doubt about it. His character and persona and what he brought to any gathering was just amazing."

"James was the goofball, he was the one to make jokes and laugh and have a good time," Arrigoni added. "One thing though, when it was game time, his serious-face went on quick."

"Kort always showed us that he was able to accomplish a task that we had no idea somebody could do," Major Nathan Burr said. "Rowing competitions, he would with biathlons, he would always strive to be better."

Kyle Howell, who is an Army Aviation CW2, said he went to flight school with CW2 James Rogers Jr. He said his friend had a great sense of humor.

"[Flight school is] a stressful two years for everybody, especially if you’ve never flown an aircraft before, and he just lightened it up a lot and made everybody’s time a lot better," Howell said. "I know he loved his country and he loved what he did."

Credit: Kyle Howell
Kyle Howell (left) called James Rogers Jr. (right) one of his best friends in flight school. "I know he loved his country and he loved what he did."

CW2 Charles Nord, who graduated from Perham High School, leaves behind a wife and two-year-old daughter. They are expecting a second child who is due to be born this winter.

The family of Sgt. Kort Plantenberg of Avon, Minnesota, released a statement about his death:

“This is a time of unimaginable loss, sadness and sorrow for our family. Kort was everything to us — a kind, loving son and brother as well as an incredibly dedicated and loyal friend, neighbor, Correctional Officer and Guardsman. It’s impossible to envision life without him. We are deeply grateful for the tremendous outpouring of love and support from family, friends, the Saint John’s monastic community, and people throughout Central Minnesota and the State. We ask that during this time of grieving that people respect our need for privacy. We want to express our sympathies and offer our prayers to the families of the other two Guardsmen who perished in this unfortunate and tragic accident. We take comfort in our faith, the love of family and friends, and the knowledge that Kort died doing what he loved best: serving his country and pursuing his life-long dream to be a Black Hawk helicopter pilot."

All three crew members were on a routine maintenance test flight when the helicopter crashed into a farm field near Kimball in Stearns County.

The National Guard Public Affairs Office confirmed that it lost contact with a UH-60 Black Hawk at 2:05 p.m. Thursday while it was conducting the test flight that originated from St. Cloud Airport.

On Friday, the owners of the land where the helicopter crashed planted an American flag to honor the lives lost.

"We’re just sitting at home not doing anything and I thought it would be a great idea to do something constructive to let the families know that we’re thinking of them also," said Helen Krippner.

A memorial fund has been set up in loving memory of the 3 National Guard soldiers from Company C, 2-211th General Support Aviation Battalion based in St. Cloud, MN who died in the Black Hawk crash on Thursday, December 5, 2019

Donations can be mailed or dropped off at any Deerwood Bank location https://deerwoodbank.com/hours-and-locations/

A main phone number for individuals wanting to contact Deerwood Bank directly for information on how to get their donations to us is: (320)252-4200.

Questions may be emailed to BTYRW2C@gmail.com