National Night Out takes on new meaning for some Minneapolis residents 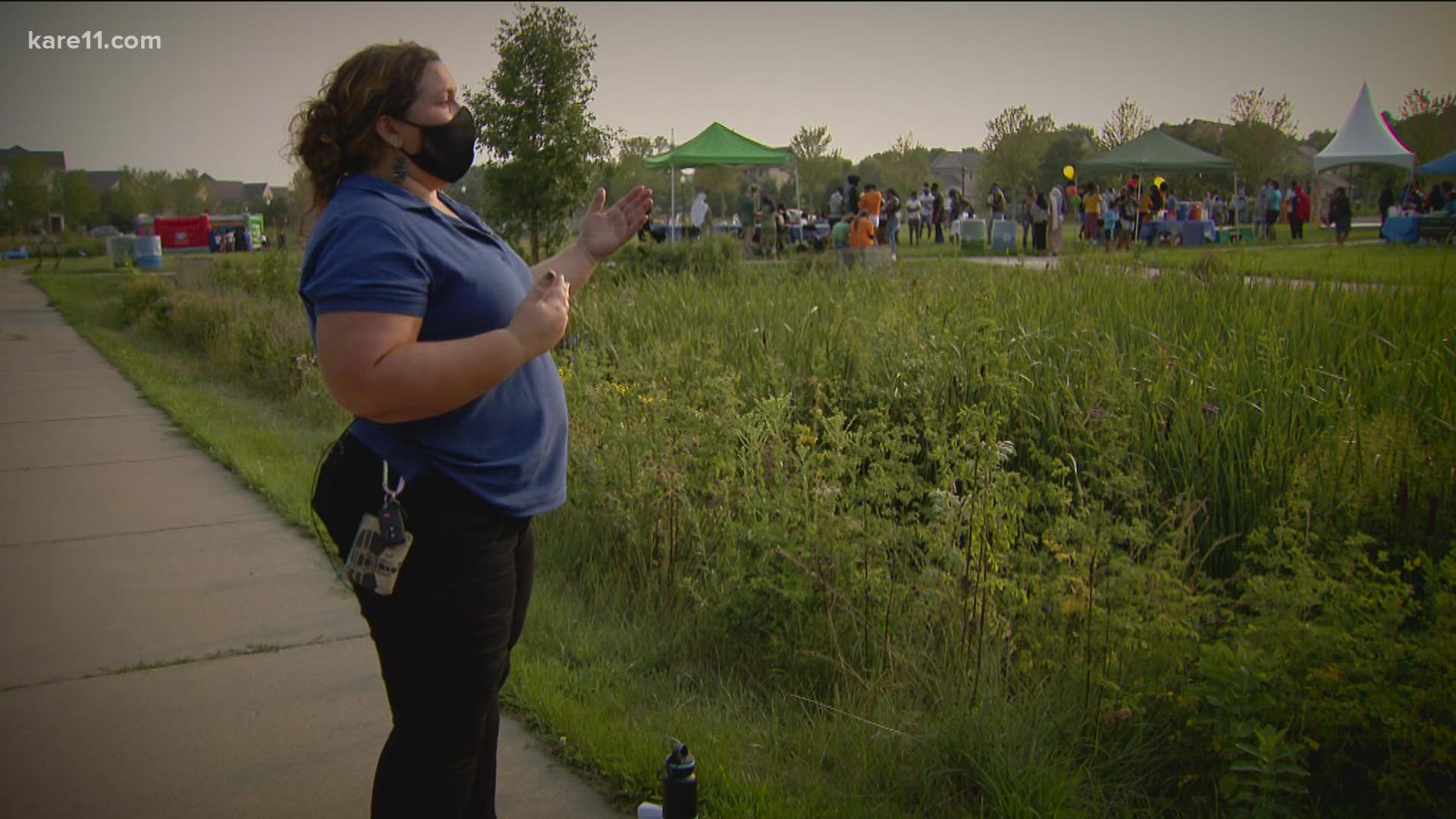 MINNEAPOLIS — At a time where the relationship between law enforcement and the communities they serve is extremely complicated, neighborhoods across Minnesota hosted National Night Out events Tuesday.

Some aimed to bridge that divide while others are were more interested in reimagining public safety.

On a night centered around building community-police partnerships, residents in the Heritage Park neighborhood of North Minneapolis took a new approach.

However, the group not invited to this year's event? The Minneapolis Police Department.

In years past, the Heritage Park neighborhood would be bustling with activities involving police, but this year residents in several neighborhoods across the city decided to do without.

"We have a group of resident leaders called community activist that have worked together for a number of years, but really started to have more intentional conversations about what they want to see in their community in regards to safety after the George Floyd uprising last year," said Dahlberg.

From the murder of George Floyd, to calls to defund the Minneapolis Police Department.

"That's where the shift has come about," said Dahlberg.

For some on the north side, the ideas around re-imagining public safety are centered around building safe communities and taking policing into their own hands.

"What we're calling more for here is saying that we'd like that imagination to happen where policing is not something that brings brutality within the community, that brings hostility or that makes people feel that they're not at ease," said Thomas Redd, who grew up in the Heritage Park neighborhood. He went on to say, "we want community safety to be something that brings people together."

Together, at a time when a city's stance on public safety is divided.

"They recognize that community engagement and knowing their neighbors is the best thing that this neighborhood can be doing to keep the neighborhood safe," said Dahlberg.

Although Minneapolis Police weren't at the National Night Out gathering on the northside, the department spokesperson said officers did attend many they were invited to throughout the city.