"Frozen, shaking, on the ground, exhausted - I didn't want her to go that way." 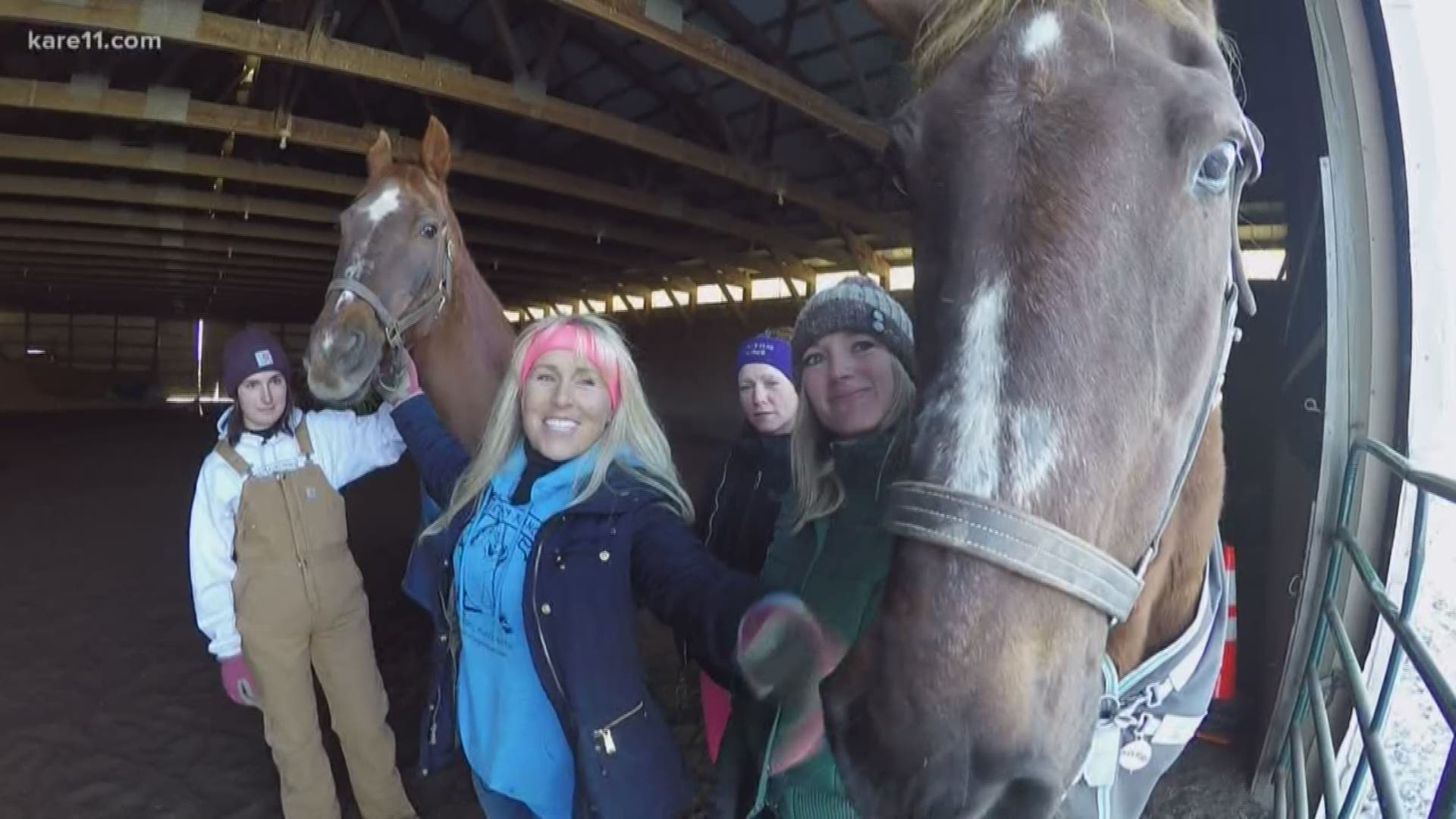 CORCORAN, Minn. — Rachel Marston started her work as barn manager at HorsePlay Ranch in Corcoran just a few months ago, but she knew right away that something wasn't right when she approached one of the paddocks Tuesday afternoon.

"She was down right here," Marston said, pointing to a small patch of ice. "You can see we spread manure to try to give her some footing."

Laying on that patch of ice, was a 34-year-old horse named Tess.

Because of her age and a bad leg, Tess had trouble getting up. Weighing in at 1,000 pounds, it would take more than just a few employees at the boarding ranch to get her up.

Credit: Rachel Marston
Tess the horse after she fell on a patch of ice.

"We were trying all the tricks in the book we could," said HorsePlay owner, Mary Soligny. "She would attempt [to get up] and she would crash to the ground and this went on for several hours."

They could tell Tess was running out of energy and getting weaker.

"Frozen, shaking, on the ground, exhausted - I didn't want her to go that way," Soligny said.

"I was definitely thinking about her and wondering if it was going to be a vet call that ended the night ... you know, and it would have a less happy ending," Marston said.

A less happy ending, if it weren't for their friends, neighbors, and the Loretto Fire Department.

The hours-long fight to save Tess had stretched past sunset on this cold November evening. So, the fire department brought a light out to the paddock, which illuminated the volunteers as they worked to help Tess.

"You know, we couldn't give up on her," said Sara Boerboon, who boards her horses at HorsePlay and helped with Tess' rescue. "Otherwise, it would be that domino effect. It was just sheer will from everybody."

More than three hours after they started, using a bobcat to lift her, Tess got up.

Credit: KARE
Tess, the horse pictured on the right, is now doing well.

"Really, within a couple of hours, you wouldn't even know that it happened," said Marston. "When we started walking her over and she started trotting, I was like, 'welp, she's back.'"