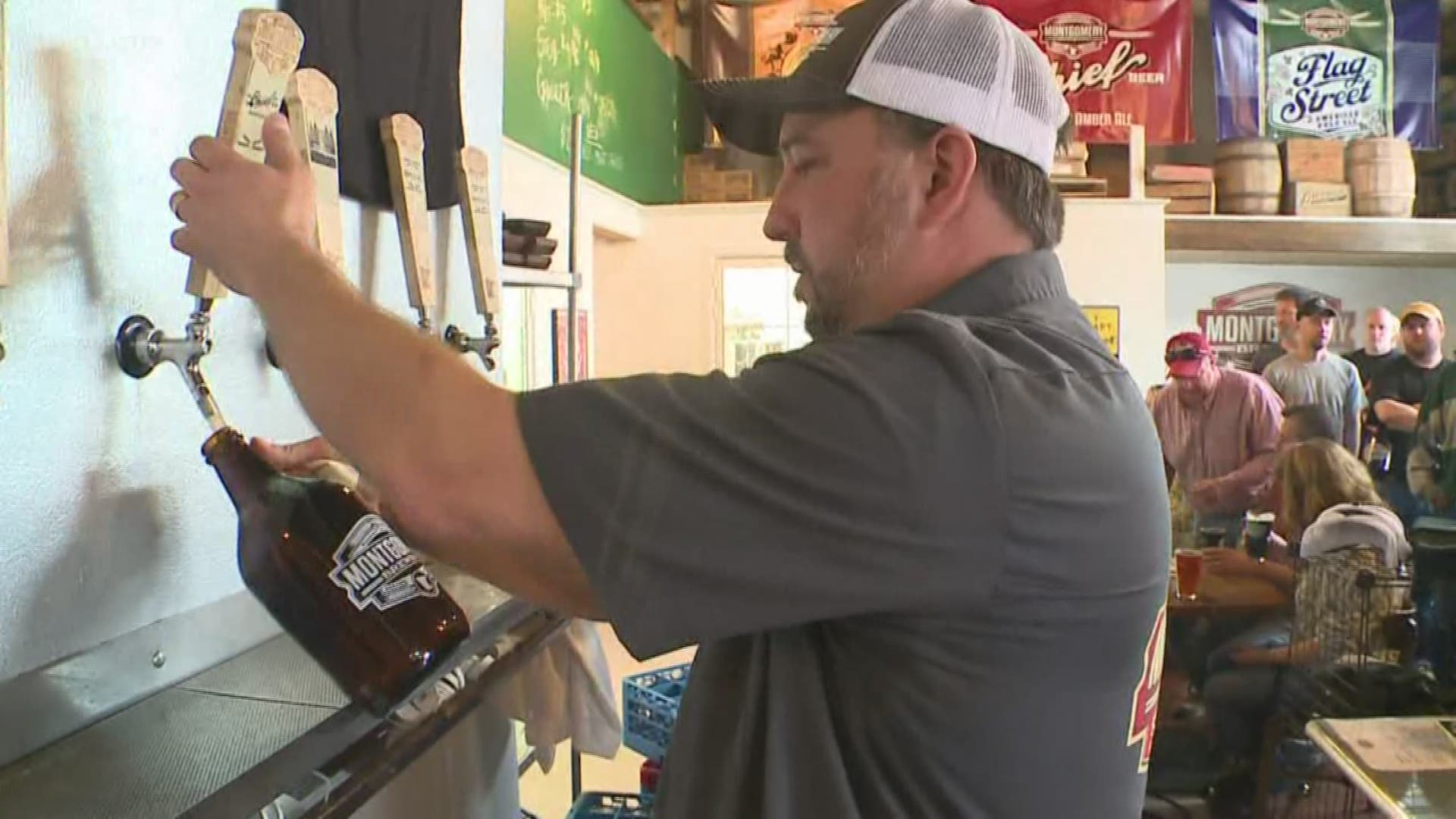 MINNEAPOLIS — Minnesotans like their beer. They love drinking it and talking about it and it's no surprise that the craft brewing industry does really well. For some brewers--it's almost too well.

that's where a new bill introduced at the Capitol comes in. Authored by Rep. Dan Wolgamott, HF 3758 would increase the number of barrels of beer breweries can produce to be able to sell its products directly to customers in a growler.

Dan Justesen, president, co-founder and head-troublemaker at Utepils Brewing company said since their doors opened in 2017, they've come to produce more than 5,000 barrels of beer. With projections for 2020 sitting at 9,000 barrels, it's clear that Utepils is growing.

"We've built one of the biggest brewery tap rooms," Justesen said. "We built it as a production brewery with the idea that we wanted to package beer and get it out to the market place."

Though Justesen's European-style brewery isn't quite close to hitting the currently 'growler cap' of 20,000 barrels just yet, he said he's been invested in the issue because soon enough, he expects to hit that mark.

"The growler cap was a gift to the craft brewing industry," he explained. "Remember, it was all illegal for us. So they said, 'here, as an economic stimulus, we're going to let you sell this thing called the growler and you can sell this much of it.' Well, that's cool, thank you, that helped the industry. As breweries got bigger, they said well, we're going to lose it, we want a bigger cap."

That's essentially what Wolgamott's bill is--asking for more. The same amount of beer packaged into kegs, sold through a distributor and a retailer would profit Justesen less than what he'd make through growler sales. Growlers were legalized to help smaller breweries in the first place.

"It's legal in this little box," he said. "If you follow these rules, that means any time you change this box, somebody whose hand is in the box may feel like their corner got diminished and it becomes a zero-sum game."

Justesen said with incremental changes in the alcohol industry, can come monumental developments and foundings of new breweries. However, he said he can't help but wonder--what happens when we ask bigger questions like letting breweries sell beer however they wanted?

"The Minnesota Craft Brewers Guild will be introducing a robust piece of legislation that will benefit all breweries in the state. The bill is currently in the Revisor's office and will be also be authored by Rep. Wolgamott as he is happy to help support breweries large and small throughout Minnesota. The Minnesota Craft Brewers Guild bill will be introduced later this week and they will hold a rally at the State Capitol Rotunda next Tuesday, March 3, at 1:30 PM to ask legislators to craft bills for craft beer and promote the legislative efforts of more than 150 small and independent craft breweries."

MORE BTN : CDC: Prepare for coronavirus to spread in U.S.