Dr. Jim Miner from Hennepin Healthcare has some tips. 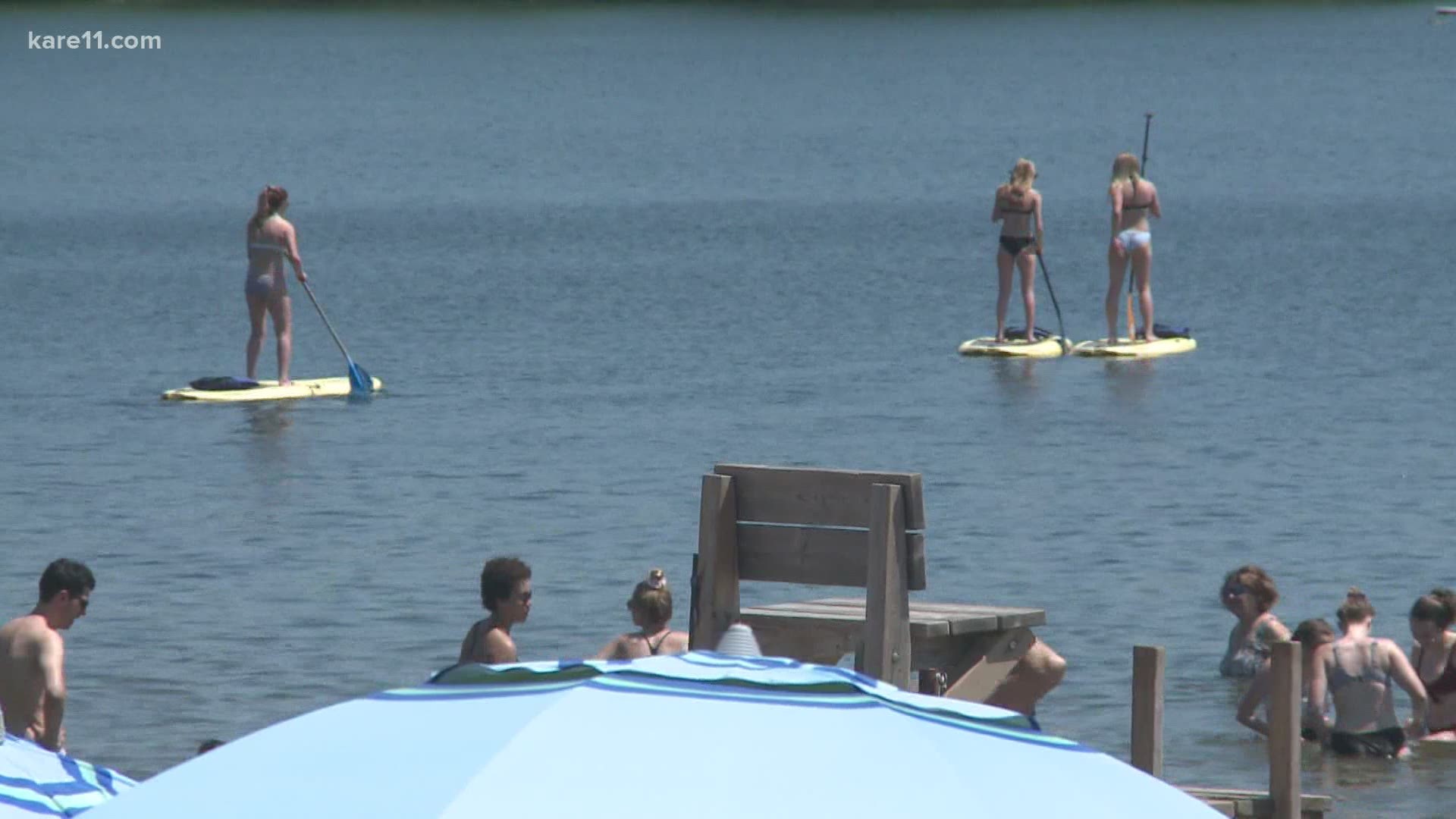 There are a lot of safety issues to keep in mind while swimming in Minnesota lakes this Fourth of July weekend.

Dr. Jim Miner, Chief of Emergency Medicine at Hennepin Healthcare, says if you can't see your feet when you're up to your knees, you should not swim in that water. That's because the algae blooms that make the water so dark and green can cause skin rashes and irritation, and give people flu-like symptoms.

Miner said whenever you swim, you should have someone with you. If you're swimming without a lifeguard, it's important that there is a visual eye on children at every moment.

"Being in the water when you're intoxicated is always dangerous," Miner said. "We see a couple people every year come into our ER hurt over the Fourth of July weekend because they drank too much and they did something in the water that probably wouldn't have made sense had they not been drinking."

The other concern Miner pointed out is diving in shallow water. He said his ER sees people every year who injure their spine after diving into water that's not deep enough. Miner said those people have had lasting damage.

Miner also said carbon monoxide poisoning is important to keep in mind while boating. Hennepin Healthcare has had to use their hyperbaric chamber for people who were overcome by the odorless gas while riding on the back of a boat, according to Miner.

In Minnesota, legislation was passed in 2016 to require that any boat with an enclosed cabin have marine-grade carbon monoxide detectors, and that there must be a CO warning posted on every gas-powered boat.

Called Sophia’s Law, it's named after 7-year-old Sophia Baechler, who died from CO poisoning on a boat. Minnesota was the first state to pass the law.

To learn more about what's required for boaters, visit the Minnesota Department of Natural Resources website.