Several groups have come together to draft legislation that would change liquor laws in Minnesota and hopefully help struggling businesses. 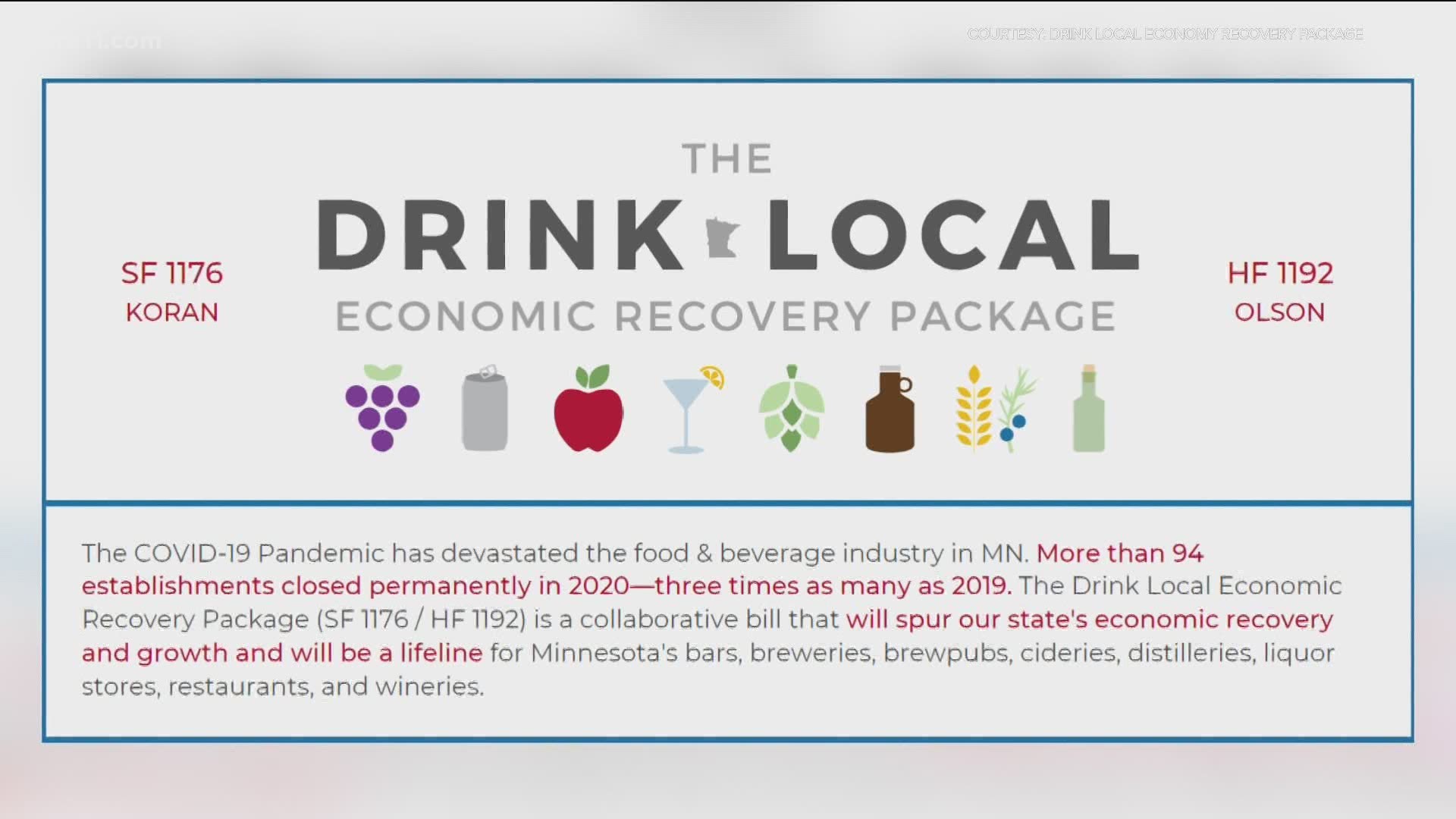 ST PAUL, Minn. — A bill currently in the Minnesota legislature would make changes to liquor laws in an effort to help the industry. From bars and restaurants to breweries and distilleries, and the group is hoping you'll speak up in support.

"We need the public to call and email their legislators now, right now,” said Lauren Bennett McGinty with the Minnesota Craft Beverage Council.

The impact of COVID-19 on the hospitality industry is in many ways immeasurable but now, they're trying to fight back. The Minnesota Craft Beverage Council is just one of the groups that has drafted legislation to help.

The Drink Local Economic Recovery Package would allow cocktails-to-go from restaurants to be permanent. It would also lift the growler cap on craft breweries; allow liquor stores, bars, and restaurants to fill growlers to-go; allow distilleries to sell full-sized bottles on site; and allow self-distribution for cideries and brew pubs along with realigning tax laws.

“I know it seems large, but really what it is, is all these groups that would have brought these bills individually this session decided to come together, and put one bill together, and create our own omnibus that really shows collaboration and agreement across the whole industry," says McGinty.

The groups say it will bring back jobs and help places simply keep their doors open. For restaurateurs like Marco Zappia, alcohol is a huge part of the profit margin. Making these changes, he says, would have an immediate impact, but also be an investment in the future.

“I think all of the actions, and the PPP money, has been remedial in nature and this would be the first legislative action that would allow us to actually do something about our situation, and provide sales tax to Minnesota,” Zappia said.

One problem, they say: time is of the essence. You can contact your legislator if you'd like to speak up.

“If we don't have a hearing and have it acted favorably on by March 12th, then it's not going to move through the system and the legislature,” says McGinty.