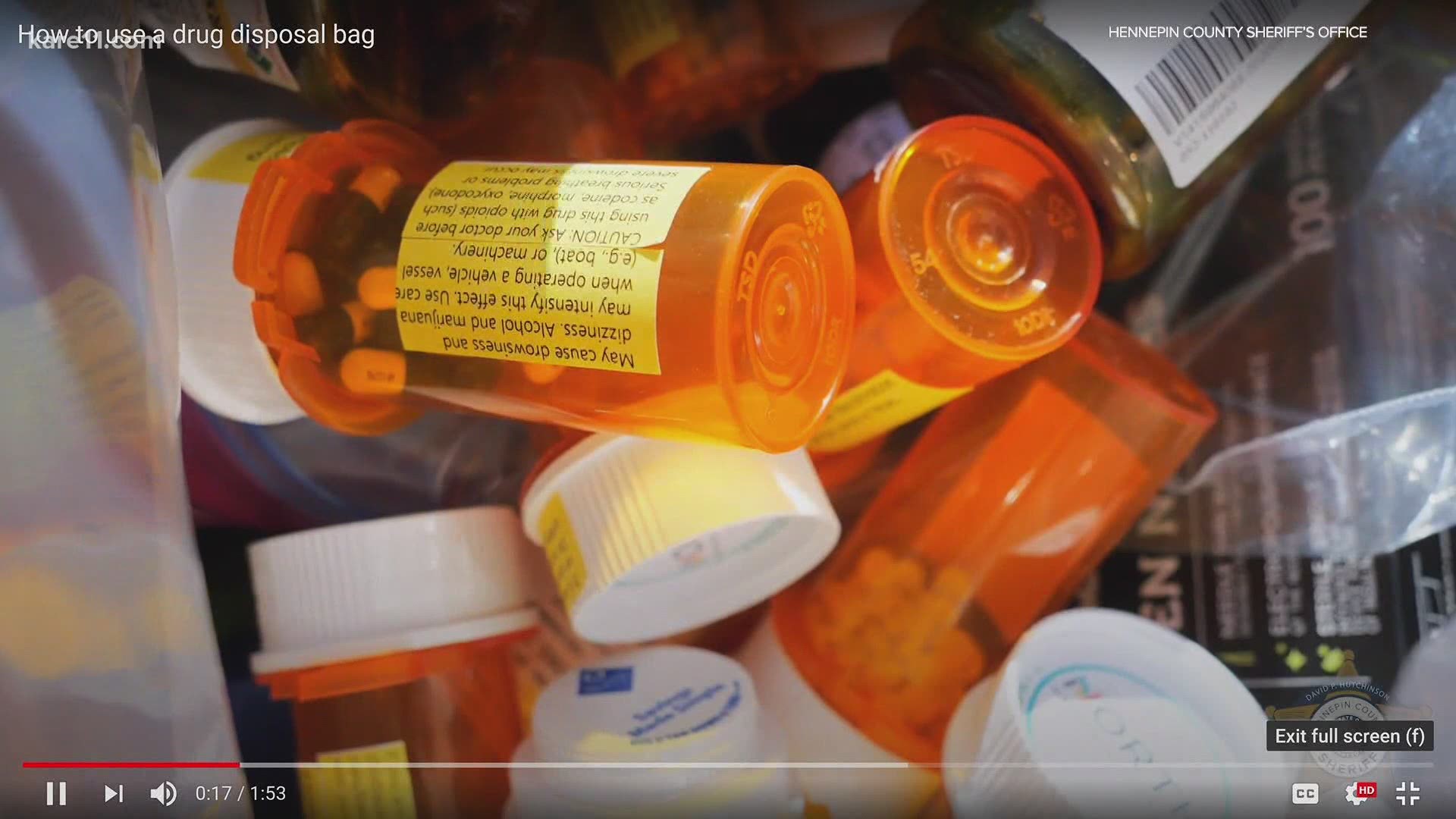 MINNEAPOLIS — While the coronavirus pandemic has dominated headlines in recent months, that doesn't mean other areas of community concern have suddenly vanished.

According to the Hennepin County Sheriff's Office (HCSO), there have been several spikes in opioid overdoses over the past four months, including at least 50 fatal cases.

"We aren’t hearing about these incidents as often but they are happening," Sheriff David Hutchinson said.

Officials with the sheriff's office say COVID-19 has created unique challenges around the opioid addiction crisis. For instance, social distancing measures have changed the ways deputies can help people prevent or survive an overdose.

Sheriff Hutchinson and his department have developed two new strategies to combat the opioid crisis during the pandemic.

One new effort involves mailing Deterra drug disposal bags to people in Hennepin County who want a safe way to dispose of unwanted or expired medications.

"Deterra drug disposal bags offer a simple, safe way to dispose of medications at home," Hutchinson said. "People place their unwanted medication in the bag, add water, seal, and shake. The entire bag can be disposed of in household trash."

The sheriff's office is also offering online training courses to help people learn how to properly administer naloxone to someone experiencing an overdose. Also known by its brand name Narcan, naloxone is often considered the opioid overdose antidote for its ability to reverse the effects of an overdose.

MORE FROM 4PM: Strength training could boost your brain as well as your body