Prosecutors say the officers who shot 21-year-old Kobe Dimock-Heisler had a reasonable fear that police and Dimock-Heisler's grandmother were in danger. 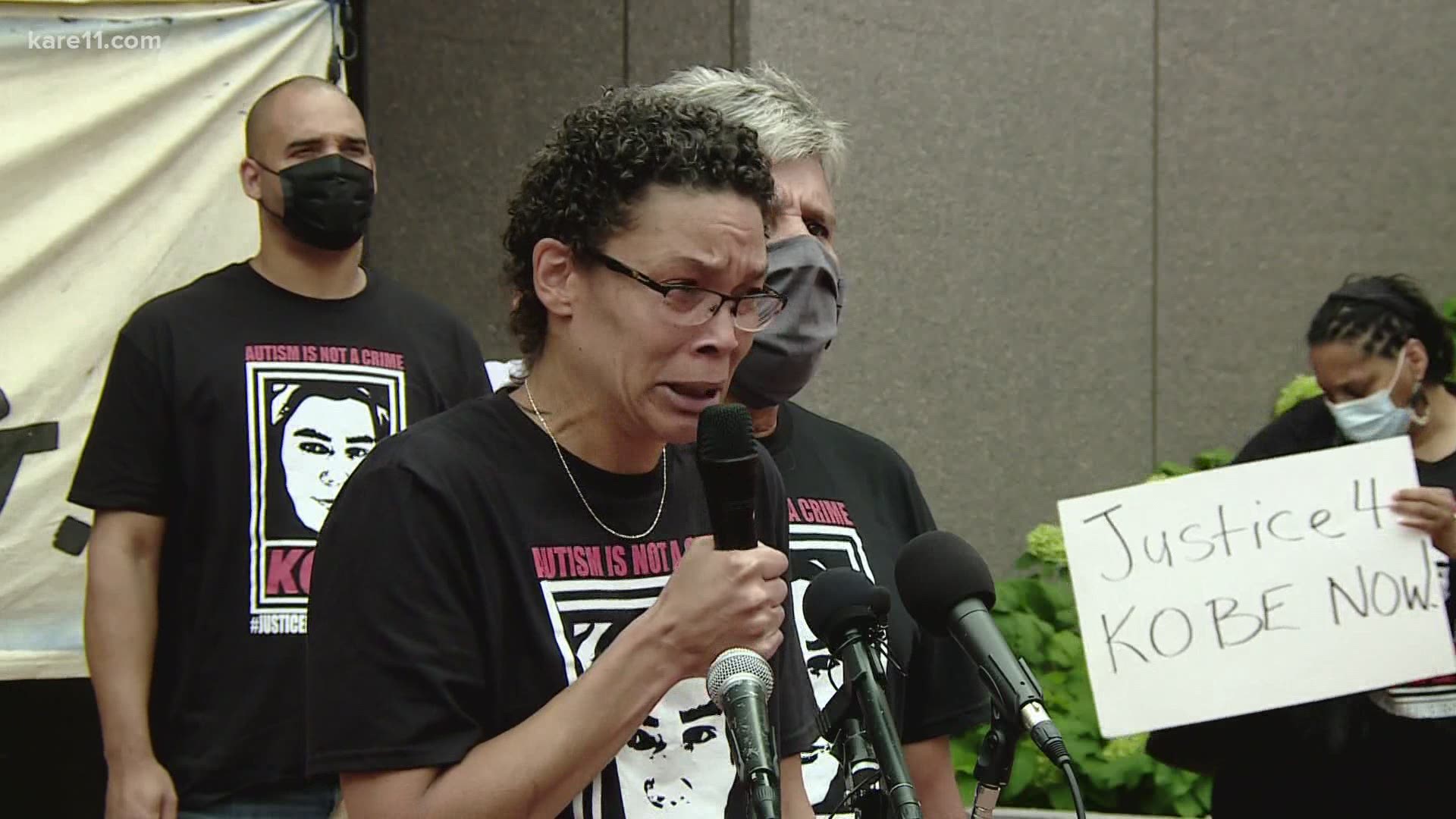 BROOKLYN CENTER, Minn. — No criminal charges will be filed against two Brooklyn Center police officers involved in the 2019 fatal shooting of a man with autism.

Hennepin County Attorney Mike Freeman announced his decision Wednesday, saying the officers who shot 21-year-old Kobe Dimock-Heisler had a reasonable fear that other responding officers and Dimock-Heisler's grandmother were in danger of death or great bodily harm as he attacked with a knife.

"We are saddened by the death of Mr. Dimock-Heisler and we have extended our sympathies to his grandfather and grandmother who have raised him since age six,” Freeman said. “However, the four Brooklyn Center police officers who initially responded to the scene used de-escalation tactics and seemed to have calmed down Mr. Dimock-Heisler. Even when he sprang from his chair, grabbed a knife and attempted to stab one of the officers, three officers fired their Tasers, with no effect. Then, and only then, did they fire their guns.”

A report compiled by prosecutors says the incident began on Aug. 31, 2019 when Dimock-Heisler and his grandfather went to a local restaurant for something to eat and an employee got his order wrong. Kobe, who family members say suffered from mental illness and was also on the autism spectrum, became angry and began yelling. The situation escalated further when his grandfather told him to stop.

Investigators say when Dimock-Heisler got home he retrieved a kitchen knife and a hammer, and demanded that his grandfather apologize. The grandfather called 911.

While speaking at a press conference Wednesday, Dimock-Heisler's mother and father said their son was calm when officers arrived.

An investigation by the Minnesota Bureau of Apprehension (BCA) says at least one responding officer had responded to a call at the home six months earlier after Dimock-Heisler had stabbed himself in the stomach. Officers responding to the August 31 incident tried to keep him calm and de-escalate the situation, but at one point Dimock-Heisler stood up and began advancing towards his grandmother.

Investigators say three of the responding officers fired their tasers at Dimock-Heisler, but they had no effect. The suspect reportedly reached into a couch, pulled a knife and attempted to stab an officer who was trying to subdue him. At that point, two other officers fired six shots, fatally striking Dimock-Heisler in his neck and chest.

Freeman and two veteran prosecutors watched body camera video from the scene and concluded that deadly force was justified and necessary to protect the officers from death or great bodily harm.

"Right before they shot him, he was crying. Crying. Because he needed help and he needed to be left alone," said Dimock.

"They just keep making him more and more irritated as they interrogate him," he said.

Both parents are asking for an independent investigation into their son's case, and expressed frustration with Hennepin County Attorney Mike Freeman.

WARNING: This video contains footage from police body cameras. It includes graphic content and language which some may find offensive. Viewer discretion is advised.