No injuries reported in major house fire on Lake Minnetonka

Officials say there were no injuries and are still trying to determine the cause of the fire. 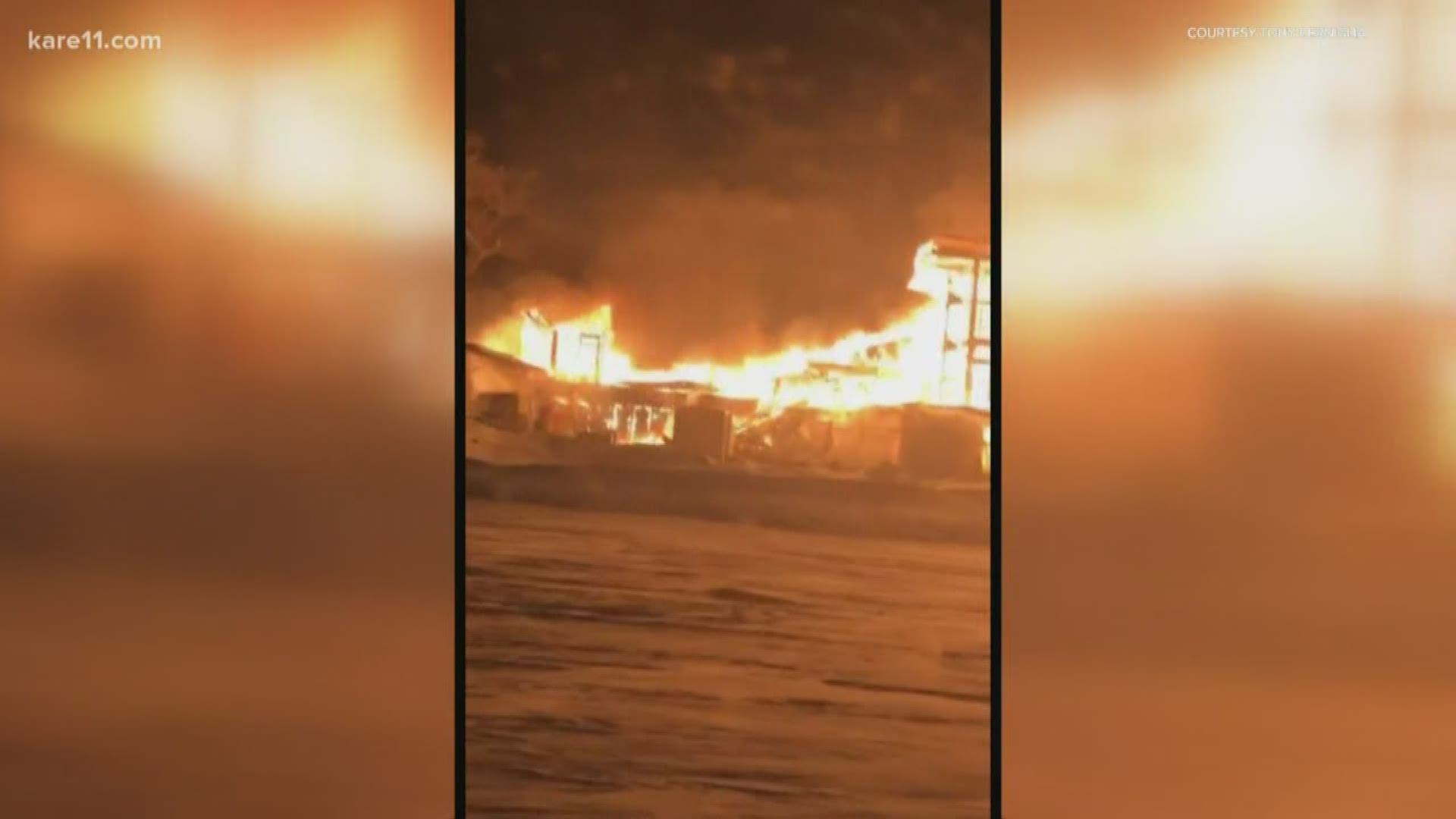 WAYZATA, Minn. — Fire crews responded to a house fire along the shore of Lake Minnetonka Wednesday evening in Wayzata.

According to the Wayzata Fire Department, crews were responding to a call on the 2700 block of Gale Road, where they found a fully engulfed home that was under construction on Wayzata Bay.

Because there were no nearby fire hydrants, crews had to rely on water brought in by tanker trucks.

According to real estate records, the house was valued at around $6 million dollars.

Officials say there were no injuries and are still trying to determine the cause.

The fire was so big, The National Weather Service Twin Cities tweeted out a photo of the weather radar picking up the massive amounts of smoke that was released.

OTHER NEWS: Restaurant reopens after owner shot in the face with a pellet gun