The family of Sandra Bland claims the video shows she wasn't a threat to the trooper. 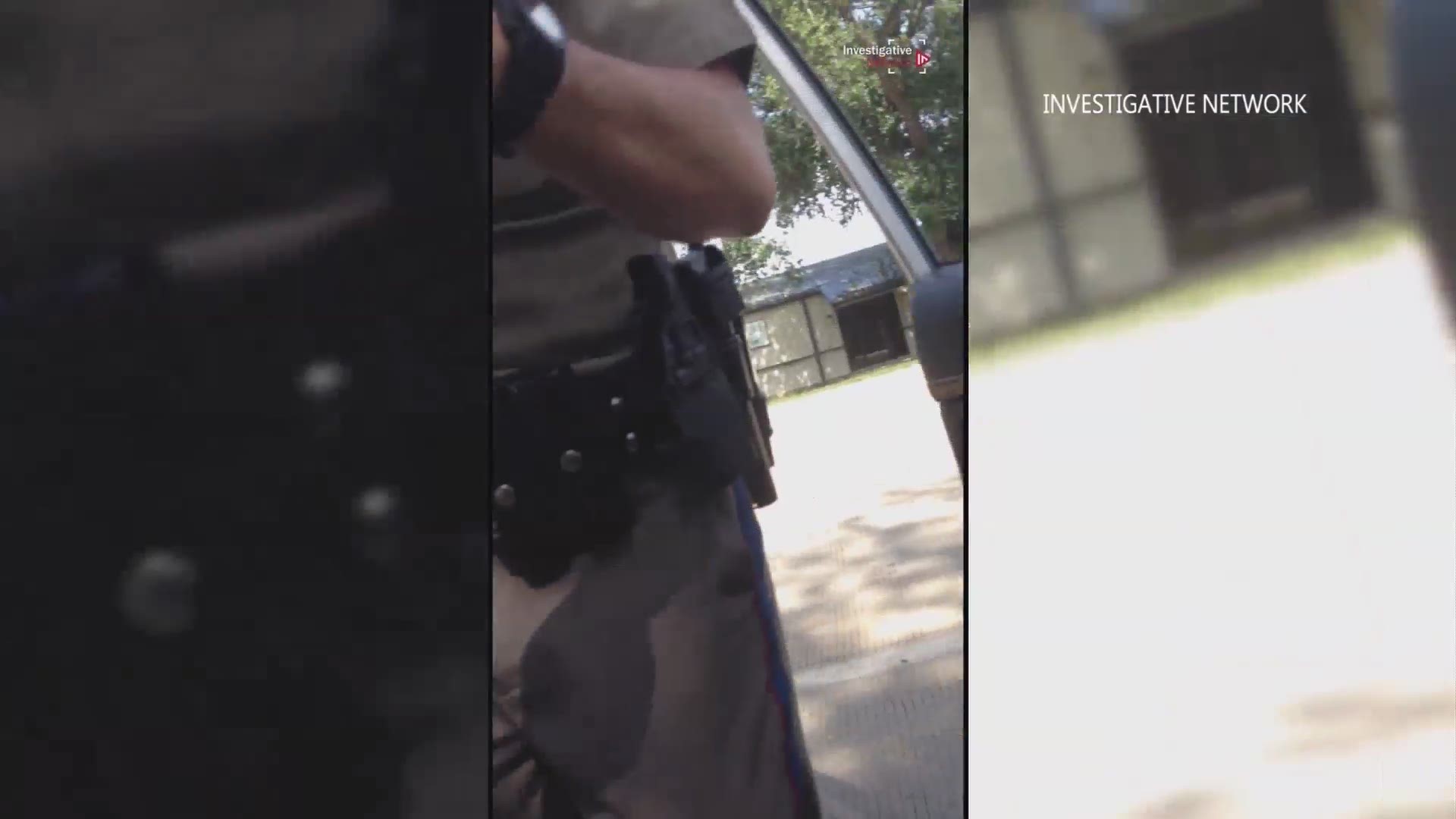 AUSTIN, Texas — Newly released cellphone video taken by Sandra Bland during her controversial traffic stop has her family and others calling for the investigation into her arrest to be reopened.

The former trooper who arrested Bland, Brian Encinia, claimed he feared for his life.

In an interview with the Investigative Network and WFAA-TV, Bland's family claims the cellphone video shows she wasn't a threat to Encinia.

Sandra Bland recorded her own arrest. Watch her cellphone video from the 2015 traffic stop

Activists with the Austin-based nonprofit Community Advocacy and Healing Project (CAHP) rallied for change at the Texas Capitol from 6:30 p.m. to 8 p.m. on Tuesday in response to the new cellphone video.

The video – obtained by the Investigative Network – is the first time the public is getting to see part of Bland's arrest through her perspective.

Encinia's dashcam recording was the only full recording of the July 2015 traffic stop, which was a result of Bland failing to signal a turn.

CAHP's founder, Fatima Mann, told KVUE her organization wants the Texas Department of Public Safety to explain why the video was never released and for lawmakers to prevent arrests like Bland's from happening again.

"Sandra Bland and what her family has experienced shouldn't ... No one should have to experience that. And the Texas legislature has an opportunity to make that happen," Mann said. "People make mistakes. That's why we have the ability to give them tickets, citations and warnings."

"She's legitimately ... you can see her complying. She's just verbally not satisfied that she has to comply, but she's physically complying."

Coleman has called for a hearing with the Texas Attorney General's Office and the Department of Public Safety to find out why the video wasn't in the hands of Bland's attorneys until now.

"If it was withheld or it was dumped in a disk and there was no rhyme or reason or order to the disk, the way we get a lot of data, then that wasn't responsive, either," he said.

Bland was found dead her in jail cell near Houston three days after her arrest. Her death was ruled a suicide.

Encinia was fired from Texas DPS and has agreed to never work in law enforcement again.