Minneapolis police officer Scott Aikins was in the third squad to respond after Mohamed Noor fired his weapon, and Aikins activated his body camera on the drive over. 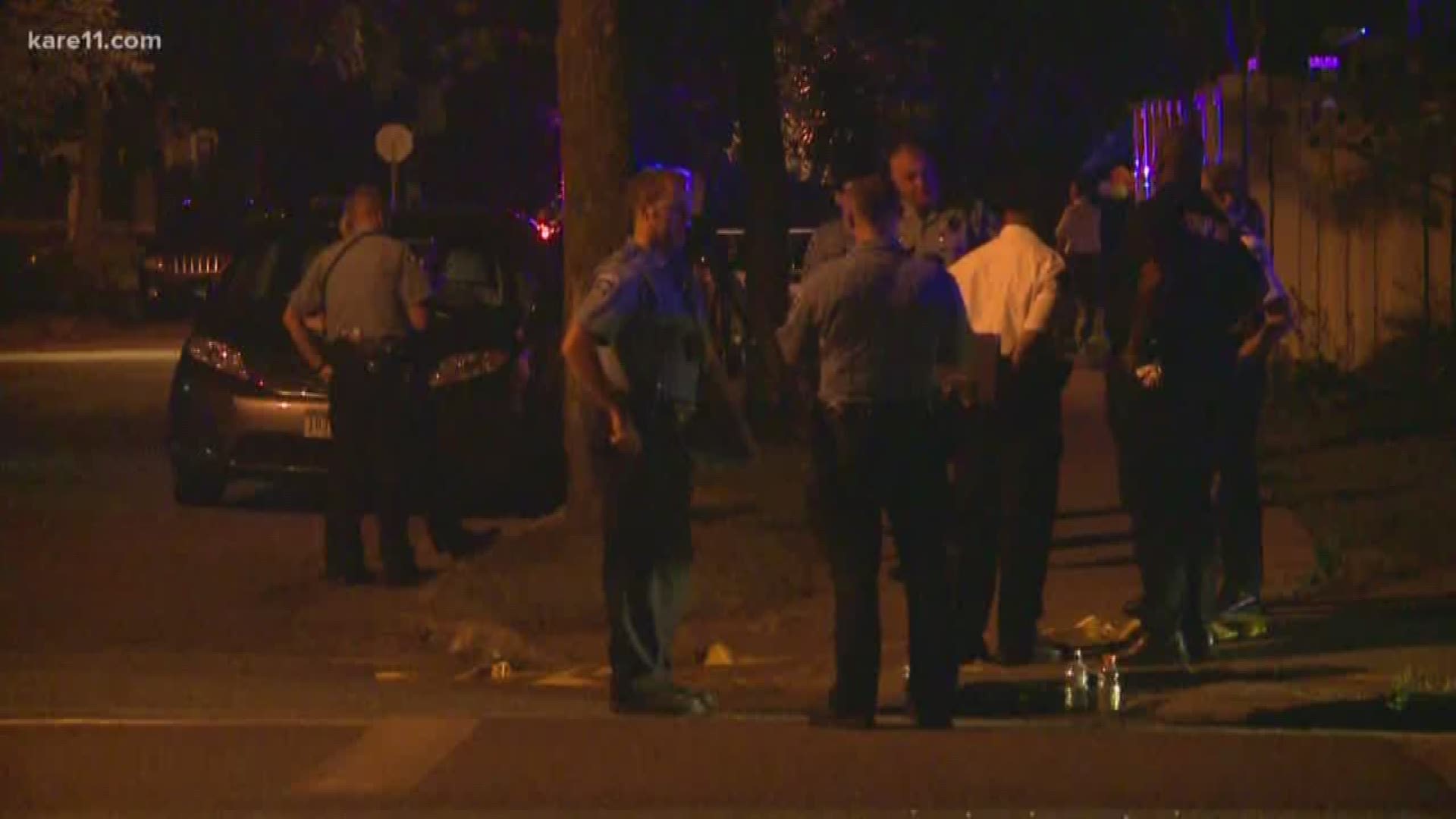 MINNEAPOLIS — Jurors had their first look at body camera video of the fatal shooting of Justine Ruszczyk Damond on Thursday, in the trial of the former Minneapolis police officer charged with murder and manslaughter in her death.

Minneapolis police officer Scott Aikins was in the third squad to respond after Mohamed Noor fired his weapon the night of the shooting, and Aikins activated his body camera on the drive over. He testified about the video that the jury viewed.

As Aikins arrived at the scene, you can see footage from his camera of a firefighter performing CPR on Ruszczyk, and you can hear people saying things like "Stay with us" and "Take a breath."

Aikins helps hold gauze to the wound. As paramedics arrive they say she has "Traumatic arrest. Unless a surgeon is out here immediately, we don't get these people back. We have to call it." That same paramedic looks to the side and says, "Sucks."

Ruszczyk's parents were in the courtroom watching the video, but her fiance, Don Damond, her brother, and his wife all left before it was played.

Aikins can be heard on the video asking three different colleagues if he can turn off his body camera yet. One says "I don't know," another says "When we leave I think," and finally a supervisor says he can turn it off since the scene is Code 4 (secure).

When asked why he was asking, Aikins said, "For a few weeks leading up to this, there were questions among cops about how long do we leave the body camera running?... Being on camera is not terribly fun. It's intrusive. You don't want to be on stage all the time."

At the beginning of his testimony, Officer Aikins had said, "Out of this incident, body camera policy changed. I'm comfortable with what it is now, but it was different then. Not as strict as it is now."

Prosecutor Amy Sweasy questioned Aikins about the light at the scene, to show that he could recognize faces of people he knew and distinguish firefighters from paramedics - presumably to plant the seed to the jury that Noor should have distinguished what he was shooting at.

In cross-examination, defense attorney Peter Wold got Aikins to say he had no problems the times he worked with Noor. And Aikins said of his own partner, "After working with him, I can 'read him,' if you will." This contributes to an argument that Noor had been able to "read" his partner Harrity when he was spooked, and acted in defense.

The prosecution later called Lt. Rick Zimmerman, the head lieutenant of the homicide unit for MPD. He was an effective witness for the prosecution.

He said when he was looking at the body, "I was obviously looking for a weapon. My first thought was, quite frankly, what the f*ck? Why wasn't there something there?"

When told the address of the crime scene, Zimmerman said he had to have the address repeated to confirm it was in south Minneapolis and not north. "If it would be north, it would make sense to me as opposed to south," he said, because an officer shooting would be more likely there.

When trying to identify the body, Zimmerman said he asked Sgt. Barnette. "She said she was probably a drunk or a drug addict perhaps," Zimmerman said. Toxicology showed Ruszczyk had no drugs or alcohol in her system.

Asked by prosecutors if there was any more discussion as to what led to the shooting, Zimmerman said either Sgt. Barnette or Lt. May told him, "The officer must have been startled by something." Zimmerman said, "They were surmising that something might have hit the squad car."

On his strong reaction to the lack of a weapon on near the body, Zimmerman said he "looks for things to add up when things don't add up. That was my first thought."

When told Noor shot from passenger seat, Zimmerman said, "I'm wondering how that happened when she's on the driver's side of the squad."

"Keep to yourself. Keep your mouth shut. (Inaudible) have to say anything to anybody," Lopez finished, also telling Noor to shut off the squad camera in Lopez's car, which Noor and Officer Ringgenberg were going to sit in.

Asked by prosecution why he said that, Lopez said because "I'm not a lawyer" and he needed to speak to the labor board and to an attorney and "I'm not versed in those things." Lopez shut his body camera off as Sgt. Barnette approached.

Asked why he turned it off, he said, "Oftentimes we shut them off when discussing facts of a case." He said all he told her was that he believes it was an officer-involved shooting and that Noor was the shooter. He then was told to find Noor's partner, Matthew Harrity.

Reporter Lou Raguse is in the courtroom and will be posting developments on Twitter and here online.