Sergeant Shannon Barnette took the stand and was quickly characterized by prosecutors as an uncooperative witness. 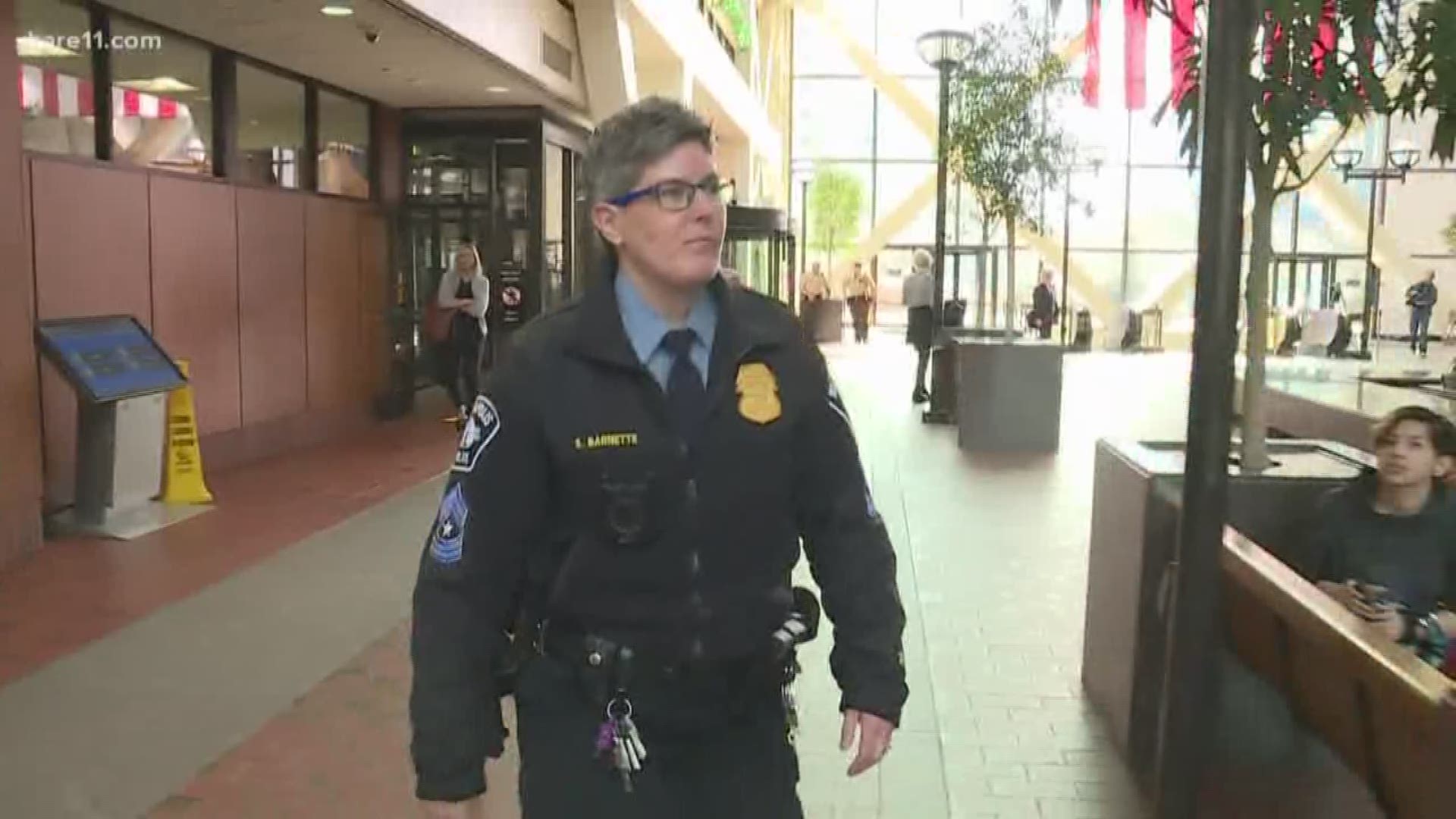 The testimony of a Minneapolis Police Sergeant underlined the role body camera policy could play in the murder trial of former officer Mohamed Noor.

Sergeant Shannon Barnette took the stand and was quickly characterized by prosecutors as an uncooperative witness. Assistant Hennepin County Attorney Amy Sweasy told jurors that prosecutors had to subpoena Barnette to get her to testify in front of the grand jury when Noor was indicted, but said Barnette met with Noor's defense team twice of her own volition. 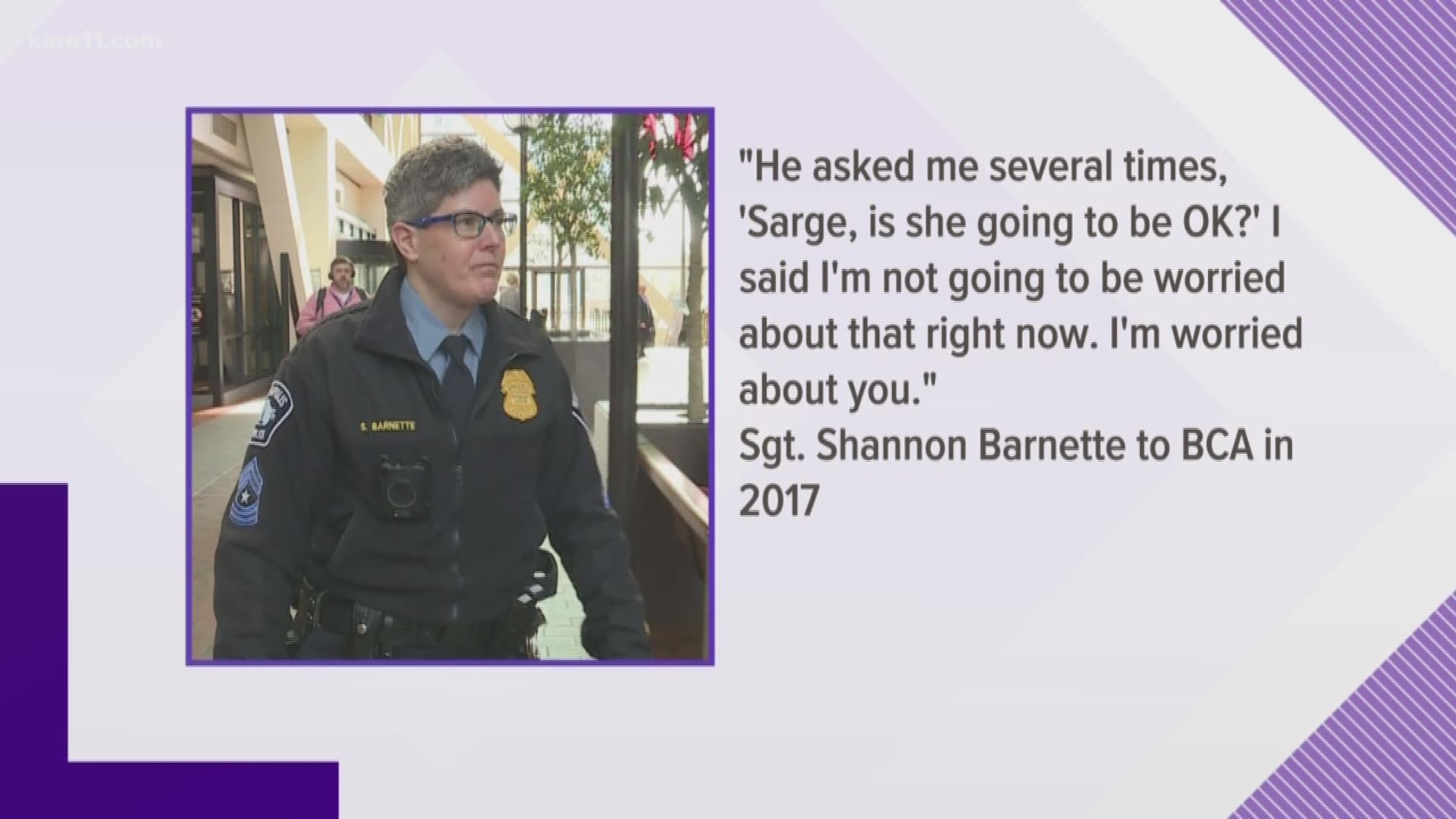 Barnette was one of the first officers on the scene in the moments after Noor fatally shot Justine Ruszczyk Damond in a south Minneapolis alley the night of July 15, 2017. KARE 11's Lou Raguse says Barnette's body camera video is broken into three clips. The first is basically just the drive to the scene. As soon as she gets out of the car, she tells an officer "I'm on," then deactivates her camera. Prosecutor Amy Sweasy asked Barnette why she said that.

"Was that common practice to announce?" Sweasy asked.

"Why did you turn it off?" the Sergeant was asked.

Barnette told jurors she doesn't remember what happened in the two minutes and six seconds her her body camera was off. When asked by the assistant county attorney why she then turned the camera back on, the Sergeant insisted she didn't know why. "No idea," Barnette testified.

The Sergeant told the jury that the Minneapolis Police Department policy on body cameras at the time of Ruszczyk Damond's fatal shooting was confusing, and that she was not sure when to turn the camera off to have conversations. Barnette insisted it isn't fair to say she didn't think those conversations were important to record. At that point prosecutor Sweasy pulled up Barnette's testimony to the grand jury that appeared to contradict what she just said.

"Might it have been important to record those conversations?" Barnette was asked during the grand jury proceedings. "At the time, no," she told the grand jury.

The jury and courtroom spectators then watched the second clip of Barnette's body camera, which included her conversation with Noor's partner Matthew Harrity. Harrity told Barnette, "We had that call over here. Someone was screaming in the back. We pulled up here. We were about ready to just clear."

"She just came out of nowhere," Harrity continued. "I had my gun out. I didn't fire. And then Noor pulled out and fired."

At that moment Barnette turned to look for Noor and turned the camera off again.

Earlier in the morning David Talley and Dillon Grant, the two Hennepin County paramedics who responded and pronounced Ruszczyk Damond dead on the scene, took the stand. Both said they originally thought police arrived at the scene after Ruszczyk Damond had already been shot. In their report right after the call, Grant wrote, "Patient was found by police unresponsive and pulseless with a gunshot wound to her lower abdomen."

Prosecutors suggested that the lack of clarity shows officers were not being open and clear with the paramedic team about what had actually occurred.

Fifth Precinct Inspector Kathy Waite was also called to the stand. Waite told jurors she had several issues with how the BCA processed the shooting scene. Among her concerns was thinking agents should have moved the squad car Noor shot out of to a secure location for processing instead of fingerprinting it right there.

The inspector also thought the car should not have been washed and returned to service - which it was - and insisted she did not have anything to do with that decision.

Waite also testified she did not hear anything about a noise or slap on Noor and Harrity's squad vehicle, or that the two officers thought they were under ambush when Noor fired.