BCA Special Agent in Charge Eric Knutson acknowledged he authorized releasing the squad vehicle occupied by former officer Mohamed Noor and his partner back to Minneapolis Police. Prosecutors maintain the return of the Ford Explorer resulted in key evidence being compromised or destroyed. 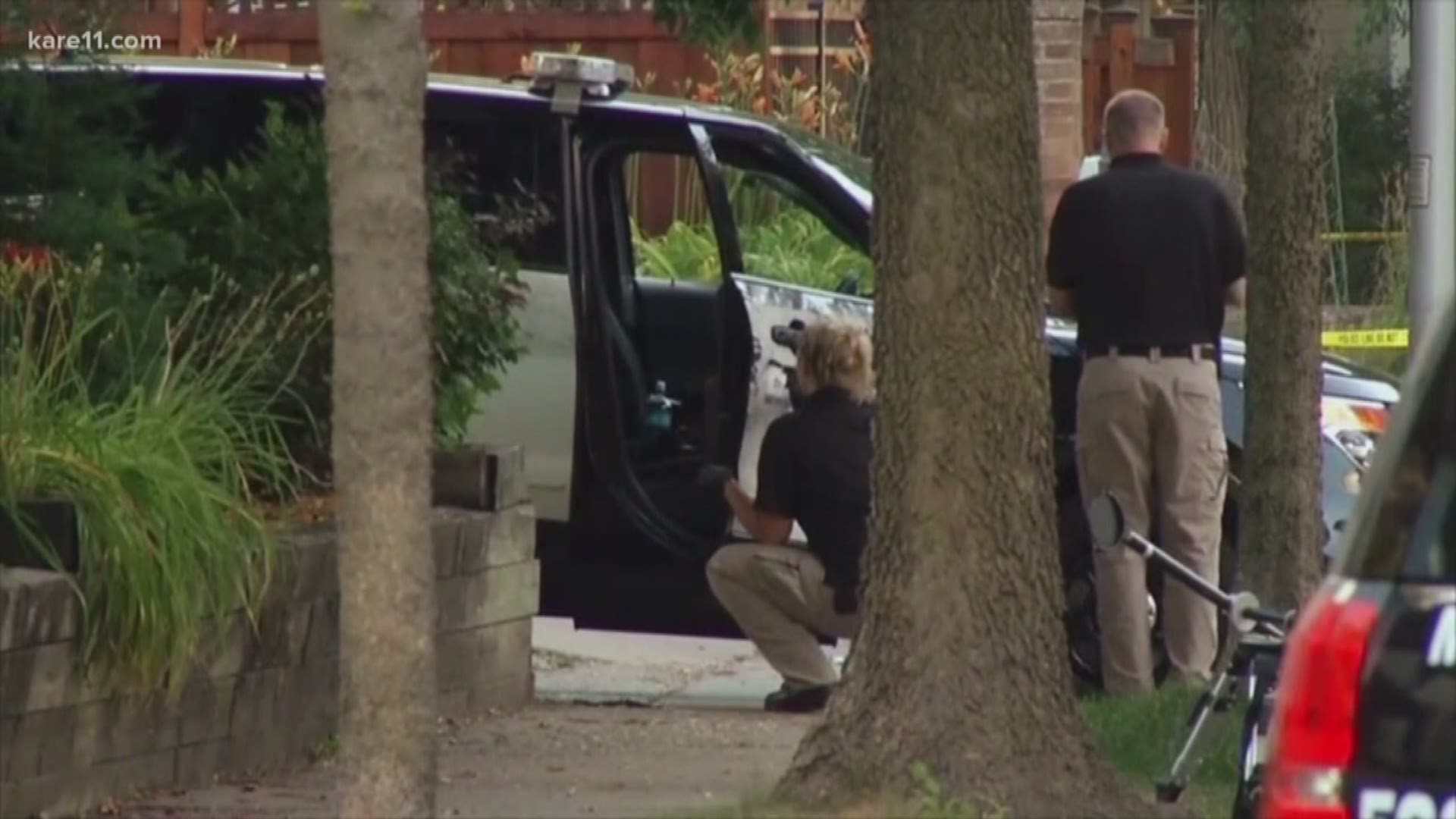 MINNEAPOLIS — Week four of the Mohamed Noor murder trial opened with prosecutors calling investigators from the Minnesota Bureau of Criminal Apprehension (BCA) to the stand, agents they have maligned for allegedly doing poor work on crucial portions of the case.

BCA Special Agent in Charge Eric Knutson told jurors that one of his agents at the scene shared that the squad car Noor and partner Matthew Harrity were riding in the night Justine Ruszczyk Damond was fatally shot had been slapped. Knutson could not remember which agent gave him that information, however, and the next morning Knutson authorized the release of the squad back to Minneapolis Police. Prosecutors maintain the return of the Ford Explorer resulted in key evidence being compromised or destroyed.

Knutson testified that he consulted with all the investigators at the scene and they all felt they were done processing it and agreed to give it back.

Hennepin County Assistant DA Amy Sweasy: "You had no concerns with that?"

Sweasy also grilled Knutson about the BCA executing a search warrant on Justine Ruszczyk Damond's home the night of the shooting. The search warrant included info that "a woman slapped" the squad car. Sweasy asked what were they looking for in Justine's house.

Knutson: "Anything out of the ordinary. We were trying to understand what happened. This case was two hours old and we didn't have a lot of information."

Minneapolis Police officer Jeremy Foster testified that he drove that same squad back to the BCA forensic lab five days after the shooting after Assistant County Attorney Amy Sweasy ordered further testing. Foster remembers having to move the seat back to drive it, although that point may be moot as the Explorer had been back in-service for days, and could have been driven by a number of officers. The position of the seats could have provided crucial information in calculating Noor's angle and field of vision when he shot Damond.

Sweasy: "Was there some reason it couldn't take place at the BCA?"

Sweasy: "What was different about this case?"

Sweasy: "Where in the home did it take place?"

Sweasy: "Were you offered anything to eat or drink?"

Henning: "Yes, coffee and a donut."

Sweasy also asked Henning about the teen on a bicycle who videotaped the aftermath of the shooting, asking if the teen's testimony that BCA agents jumped out of 3 black vans and run up on him may not have been accurate.

BCA fingerprint examiner Jennifer Kistroski took the stand Monday as well. She said she compared all 51 fingerprints lifted from Noor and Harrity's squad car. None of them matched Justine Ruszczyk Damond.

On cross examination, defense attorney Thomas Plunkett did a good job pointing out that doesn't rule out the possibility that Justine touched the car. "It's not your opinion that Ms. Ruszczyk did not touch the car?" he asked. "That is correct," Kistroski answered.

Scenarios where prints would not have been left include knocking with knuckles, or tapping with the back of the hand.

The last witness of the day was Special Agent Chris Olson - who was the BCA's lead investigator on this case. Olson began talking about the information he received right when he arrived from a group of MPD supervisors. He said he came away from that conversation "frustrated" about the lack of information, because "it just didn't make sense to me why this person was shooting from inside the squad car."

Olson also testified of the lighting at the scene, "I could read a book," because of the overhead street light by the car, and the headlights from squad illuminating the area.

Then, the conversation the jury has heard so much about between Olson and MPD Sgt. Shannon Barnette, as the prosecution has tried to cast doubt on the idea that Ruszczyk touched the squad. "What happened here?" Olson said he asked. "It sounds like she made contact with the car," Olson says Barnette answered. He later clarified that she used the word "slapped."

Prosecutor Amy Sweasy said, "Where did Barnette get that info?" Olson said, "She indicated to me she had a brief conversation with Harrity about it. It was my understanding that's how she learned."

Barnette last week strongly denied that she told Olson about a slap or contact with the squad. And Harrity denied that he told that to Barnette.

Sweasy then brought up language used in a BCA search warrant application to get access to Ruszczyk's house. Olson said he was relying on that information from Barnette that there was a slap. Sweasy also asked why the application says that they don't know how Ruszczyk died.

Olson admitted he knew at that point that Ruszczyk was shot by an officer from inside the squad. Sweasy said, "Why isn't that information in the search warrant?" Olson said he didn't know. When Sweasy said, "Fair to say quite a bit of information was left out?" Olson agreed.

Olson also volunteered a lot of information about how this scene was "different." "There was a conspicuous absence of information. It was quiet. I just wasn't getting any info about what happened." Sweasy asked why not. Olson said, "I just don't know that anyone had discussed what happened."

Olson's testimony will continue Tuesday morning. KARE 11's Lou Raguse has been following the trial from inside the courtroom and is posting updates to Twitter.