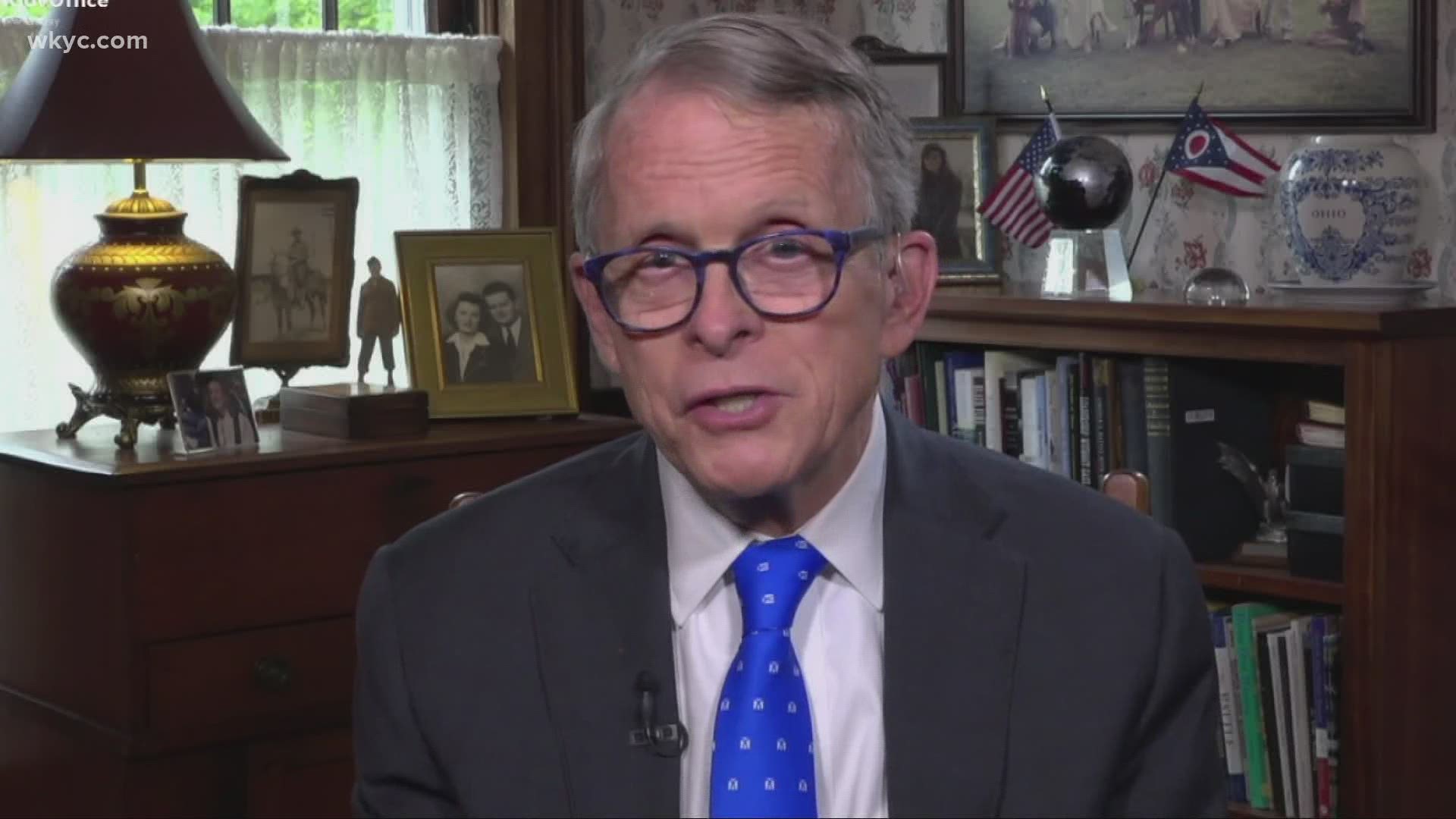 OHIO, USA — As the state of Ohio continues its fight to stop the spread of the Coronavirus, Gov. Mike DeWine says they are things Ohioans are doing well and things that can be improved.

In a one-on-one interview with 3News’ Russ Mitchell Tuesday afternoon, the pair discussed a variety of topics including schools, the recent spike in cases and what’s next for Cleveland Browns fans.

On Tuesday, the Ohio Department of Health reported 1,452 new Coronavirus cases in the state. The data marks the highest daily increase since mid-July.

Governor DeWine told 3News that while the spike was somewhat expected because kids are returning to school, he is still concerned about it.

Mitchell asked Gov. DeWine what grade he’d give the schools on how they have handled reopening, and he had nothing but high remarks for administrators.

He added that each district has a plan on what to do if a child contracts COVID-19.

The two also discussed football season. Governor DeWine said he’s spoken with the Haslam family and believes they have a good plan to get fans back in the stadium, but he didn’t rule out the possibility that no fans would be allowed.

“When we’re seeing these numbers go up, we’re hesitant frankly to allow fans yet. Although it’s something we could see in the future.”

Watch the full interview with Russ Mitchell and Gov. DeWine in the player below.