Joel and Maren Martin were aboard a United flight from Denver to Maui when the Boeing jet they were aboard lost an engine. 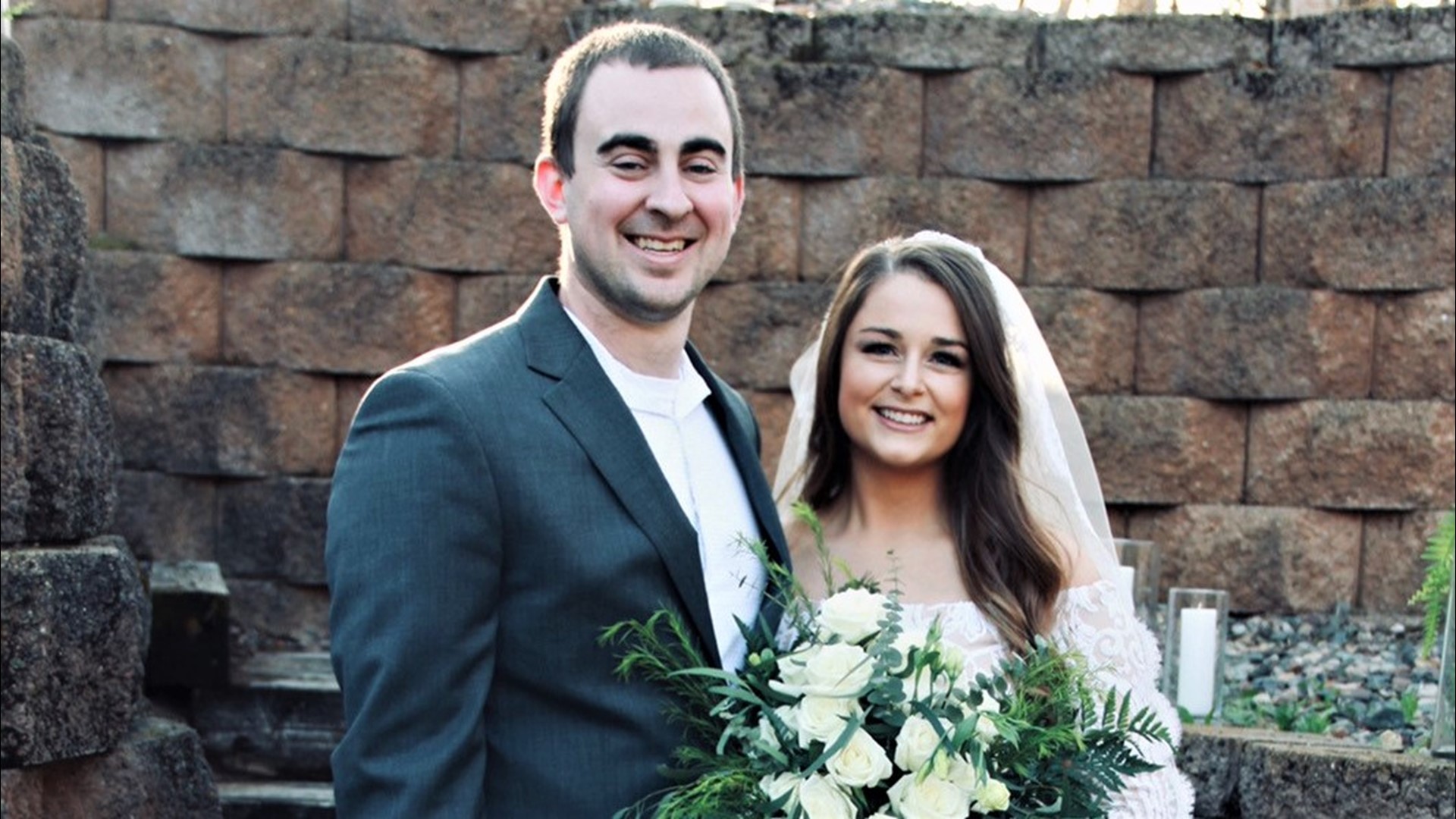 MINNEAPOLIS — Their wedding delayed, then cut from 350 to a dozen attendees, Joel and Maren Martin were due some smooth sailing.

Then, Saturday, on the second leg of their honeymoon flight to Hawaii, their plane’s engine exploded.

"It kind of seems like the world doesn’t want us to get married," Maren laughed Monday morning, now safely in Maui.

The Martin’s shared sense of humor has certainly helped.

Saturday morning, the Baxter, Minnesota couple left Minneapolis-St. Paul International Airport on a United flight and changed planes in Denver, where they were warned of the possibility of turbulence flying over the Rocky Mountains.

What followed wasn’t the bump they were expecting.

“It was about 10 minutes or so into the flight,” Joel said. He recalls the pilot being partway through the “we’ve reached 10,000 feet announcement and all of sudden there was a flash and loud bang.”

Maren was startled by it too. “It literally looked like a flashbang went off in the cabin. A bright flash, really loud,” she said.

The couple says the plane immediately started turning back toward the airport, something the pilot confirmed shortly after, when he announced to the passengers that an engine had failed.

“The whole plane was shaking pretty much the entire time,” Joel said.

Yet, from their middle seats near the back of the plane, the Martins couldn’t see what other passengers were watching through their windows: an engine on fire and parts falling away, eventually landing in the Denver suburbs.

“We had no idea we were losing parts like that,” Maren said.

The Martins say passengers remained calm and quiet during the trip back to the airport.

The silence was broken when cheers erupted upon the plane touching down.

When asked if they were among the passengers cheering, “Oh, we cheered,” the pair said in unison.

They talked to another couple, seated nearer the window, that opted not to board the replacement flight to Hawaii.

The Martins never considered giving up their honeymoons plans. “Kind of thinking this was just such a rare thing,” Joel said.

They are grateful to the flight crew and grateful that no one on the ground was hurt by falling engine parts.

When it was suggested they are due a long and blissful marriage, Joel laughed, then responded, “It's been quite the start, that's for sure.”