Breaking News
More () »
Back To School

The district says it's still about 37 drivers short and is offering to reimburse parents who drive their kids to school. 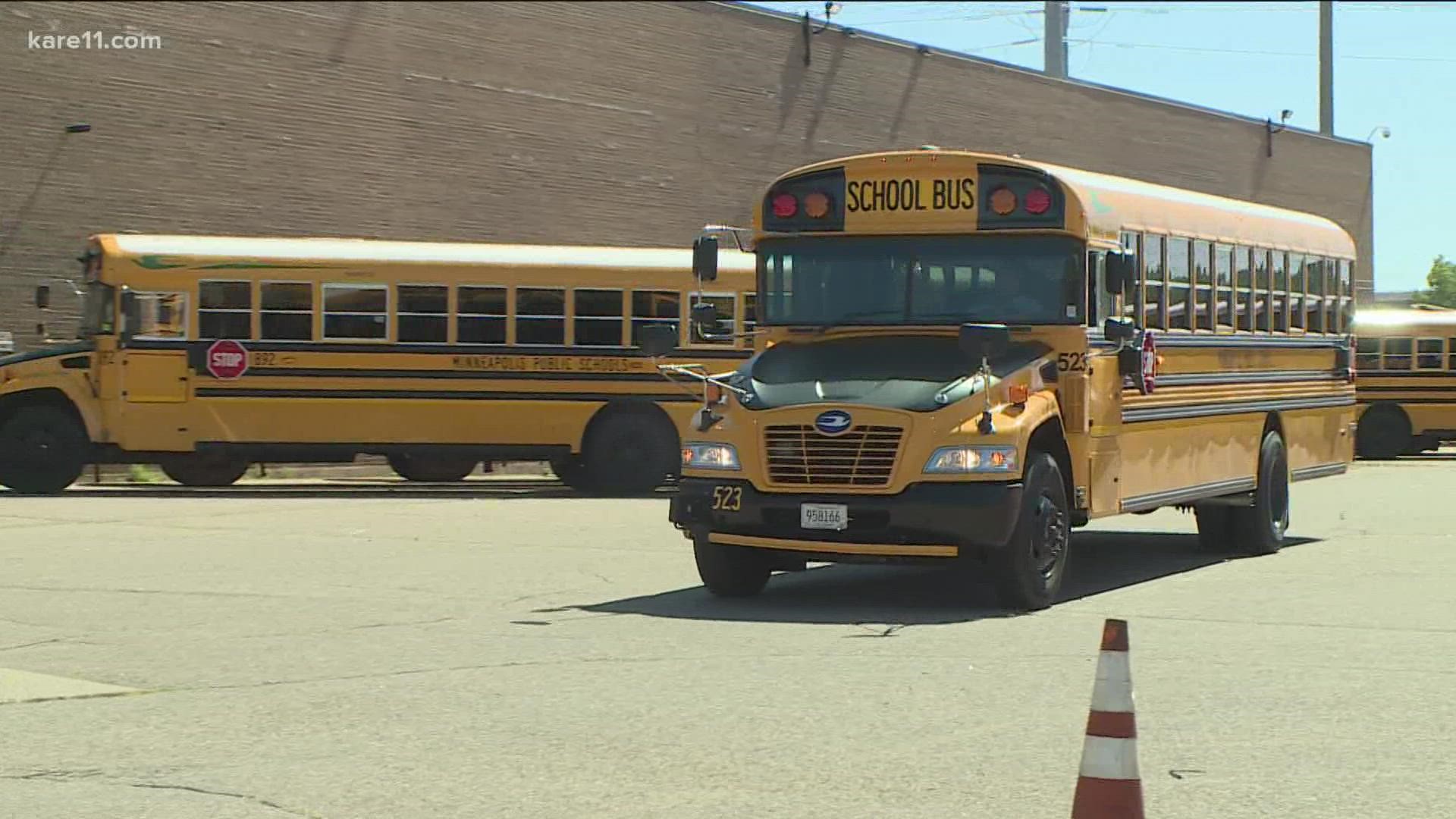 MINNEAPOLIS — Minneapolis Public School students are officially closing the book on summer and heading back to class.

But for thousands of students, how they'll get to those classrooms is still a work in progress.

Officials with MPS say the district is still around 37 bus drivers short, and it will takes some time before they're fully staffed.

The plan as of Wednesday morning is to have drivers pick up students from existing bus routes, and then make a second trip on what the district is calling the "second chance" bus. Students who live on bus routes that aren't staffed with a driver would then be able to catch the second bus and be picked up some time between 9:30 and 11 a.m.

The situation is less than ideal. The district says they are working to entice more people to work as school bus drivers.

"The pandemic has certainly compounded that problem," said Lisa Beck, the executive director of transportation services at MPS. "We've had early retirements. We've had many drivers that have gone to work for amazon or cross country trucking and gone to other jobs because there's so many jobs open on the market."

MPS said that eight or nine drivers are in training right now, working to get the CDL needed to operate a school bus.

The district is still offering a $3,000 signing bonus to new drivers, as well as paid training. If an existing bus driver in the MPS system recommends someone who is then hired as a driver, the existing employee can get a $250 bonus.

Parents who are able to drive their own kids to school can have their travel expenses reimbursed.

To check what time your child's classes start, you can find their school on this list on the Minneapolis Public Schools website.