A former athlete-turned-sports broadcaster says more than ever there's a lot of pressure on youth athletes to win at all costs.

If you're sick and tired of the negative culture around youth sports, you're not alone.

A former athlete-turned-sports broadcaster says today more than ever there's a lot of pressure to win at all costs.

That creates a toxic environment for athletes and everyone else involved, but Lea B. Olsen says it doesn't have to be that way.

Between the two of them, sisters Claire and Olivia Wegmann play nine sports. Their mother Sara says she grew an athlete and wants to help her daughters navigate sports culture, but times have changed.

"The biggest change is just how early kids start and how much they have to focus and specialize," says Sara.

The National Alliance for Youth Sports says 70 percent of youth athletes drop out of their sport by 13 because they're no longer having fun.

To help alleviate some of that pressure on parents and student athletes and bring the fun back into sports, Lea Olsen launched a new website, Rethink the Win.

"You're a great athlete, that's one piece of who you are. And how else can that make you great in all the things you want to do in life," says Olsen.

The Wegmann sisters have goals beyond sports. One wants to be an environmental engineer, and the other a graphic designer.

Mom Sara says, "I have to give the right messages instead of just asking, 'Did you win?'"

Lea is also planning to launch a podcast called "Youth Sports Intervention," where she goes deeper into the complexity of these issues.

For example, injuries that used to be seen only in professional athletes are now popping up in high school athletes too, because kids are so specialized.

Figuring out how to address those injuries and protect young athletes will be addressed, in addition to parents' behavior. 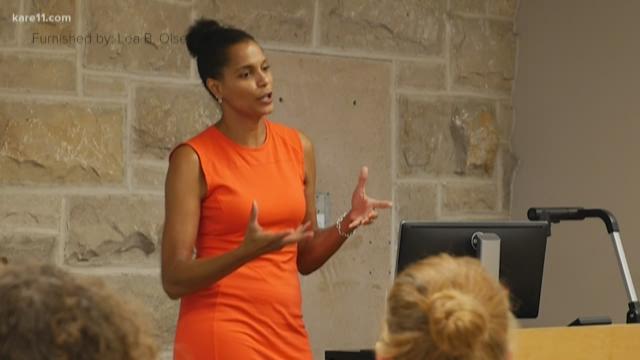