This Minneapolis-based business is creating a pipeline to diversifying the field, on this week's "Communities that KARE." 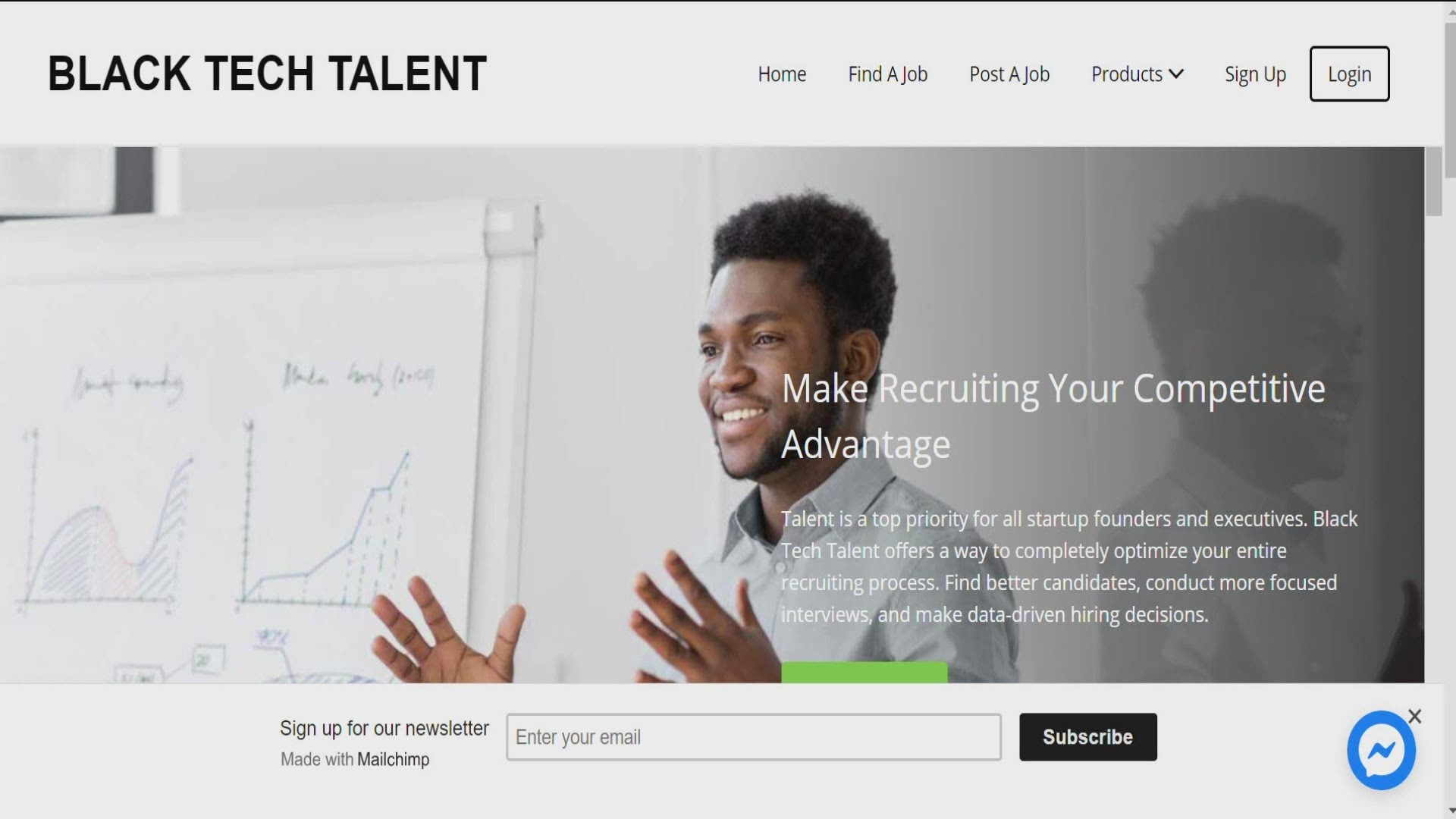 Our focus is now on Black Tech Talent, a Minneapolis-based company at the forefront of the inclusion evolution.

"The world is diverse; our thoughts are diverse, our moods are diverse, everything about our being is diverse," explained Mike Jackson, founder and CEO of Black Tech Talent.

Unfortunately, not every job field is like the world.

And that is where Jackson and his company come in by increasing representation of Black technologists in corporate jobs and entrepreneurship.

"We look at the numbers, and right now, there are an estimated 900,000 unfilled positions in IT, and of positions that go to Black talent is only about four to seven percent," said Jackson.

"We have a short-term goal over the next three to five years to get about 15,000 Black technologists recruited, which would bring an estimated $2 billion annually to the Black community," he explained.

Black Tech Talent hopes to accomplish that through its pipeline of job opportunities, training, and culturally specific content.

"We're working with people across all fields in technology," said Jackson.

He listed positions for everything from coding to project management and cybersecurity.

"Our main clientele is tech and tech-enabled corporations, which now is pretty much all of them," commented Jackson.

Target, HealthPartners, Software for Good, and the Minneapolis Institute of Art are just a handful of corporations that Black Tech Talent helped diversify and bring top-tier talent.

"We're getting other people ready and prepared to take on those roles. We were trying to keep as many things as free as possible for our community and Black technologists we consider our community," said Jackson.

All of Jackson's life, he's been working with inclusivity and diversity in mind. His mother was adopted by white parents who adopted other children from different ethnicities. "I literally come from diversity. I grew up with cousins of different ethnicities and backgrounds, and so it's been part of who I am and part of what I've been about in every company that I've built," explained Jackson.

As for why he's putting so much effort into Black technologists specifically, Jackson said that he wanted to give them a space to feel comfortable and meaningful.

"My dream for Black Tech Talent is really to uplift the Black community economically in a way that has never been seen before," Jackson emphasized.

Black Tech Talent will be dropping an employer matching app at its June summit. The summit will have demonstrations and recruiters accepting resumes.

To learn more about Black Tech Talent, you can download the company's podcast or visit their Youtube page.