A "meowvelous" organization is dedicated to nursing tiny kittens back to health. 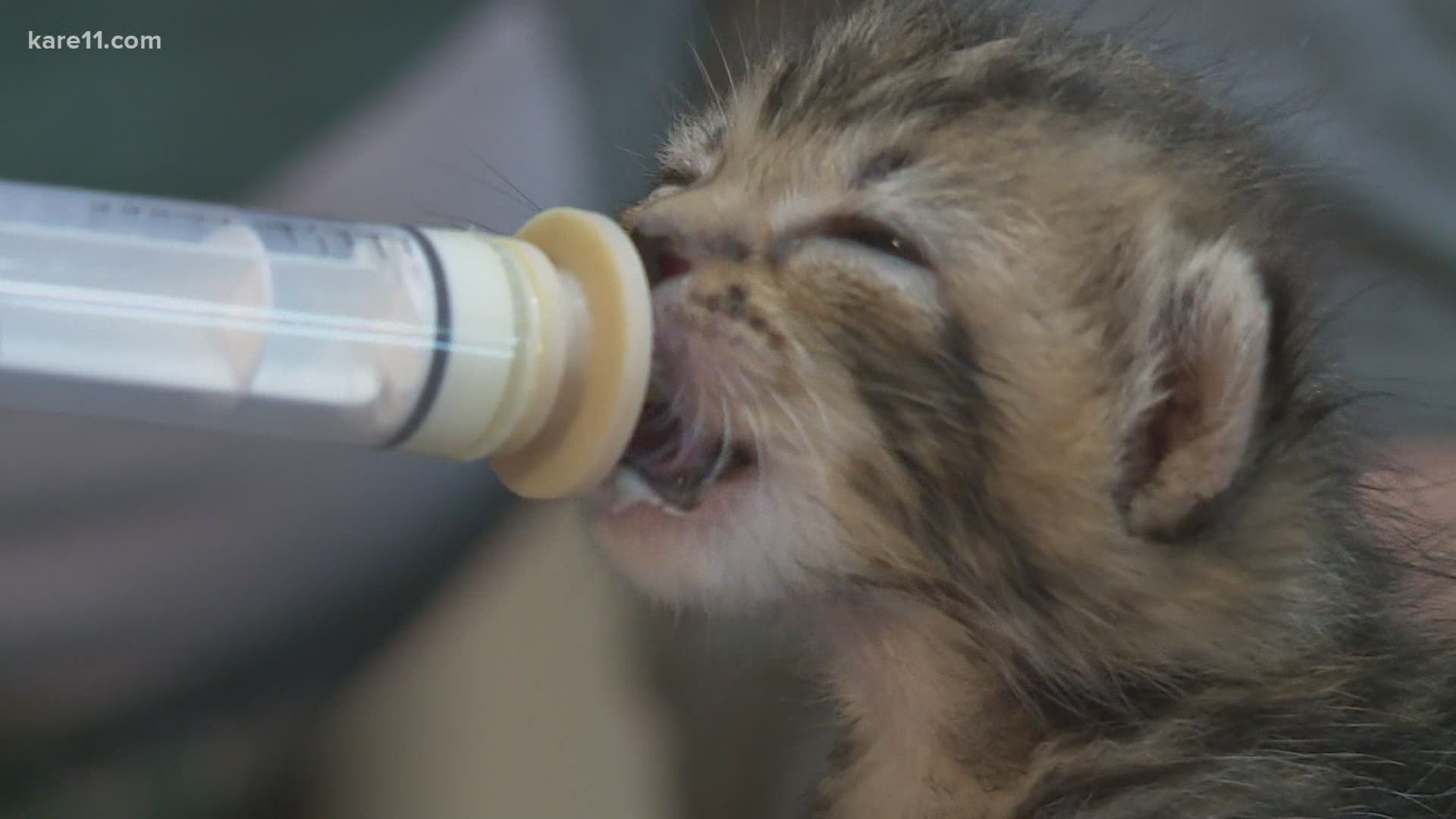 The Bitty Kitty Brigade is more than just a collection of people looking to snuggle and cuddle adorable animals. The Brigade is filled with caregivers for neonatal kittens and orphans.

"They're such a fragile population and they're really at risk because they require so much intensive around-the-clock care," explained Mandy Dwyer, the co-founder of the Bitty Kitty Brigade.

The nonprofit came together in early 2019 after seeing a need.

"Last year was our first year. We started in March taking in kittens and we’ve taken in over 700 already. So just in the past year and a half," said Dwyer.

And the kittens keep on coming.

"A lot come from people who find them in the community. Other organizations contact us, the Animal Humane Society refers a lot of people to us who call in on their hotline," said Dwyer.

This isn't your average foster job; you're basically a new parent.

"Little kittens need to be fed every two hours. So then after that, it's just a lot of cleaning up. Kittens are really messy. Nobody can match a mom cat in keeping a kitten clean. We do our best," said Dwyer.

All of that work doesn't come without benefits.

"There's more snuggle time involved. Once they're about three weeks old, that's when they start to care about people," explained Dwyer.

The brigade includes 80 foster homes and about 250 kittens in their care.

Some require more attention and resources.

"Right now, we have three kittens with back leg paralysis who are in diapers," mentioned Dwyer.

There are also little ones who need access to incubators and oxygen.

Still, there's a lot of satisfaction in the work.

"We're raising these just wonderful loving kittens. We're sending them off to families that are going to love them," said Dwyer.

The brigade is a 501(c)3 non-profit organization funded exclusively through donations and grants and are entirely volunteer run.