A Shakopee teen is outfitting young women with confidence and clothes. 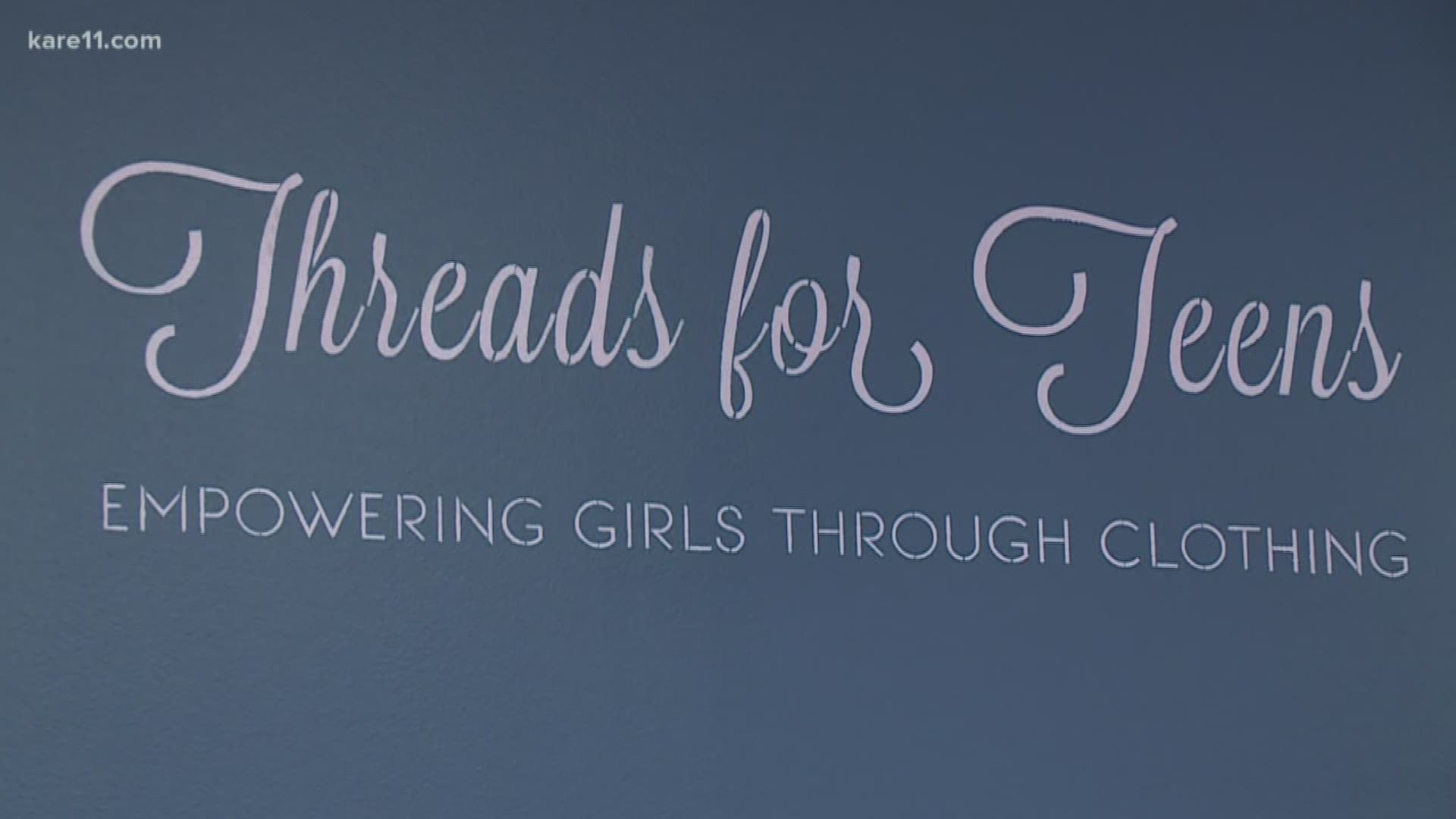 SHAKOPEE, Minn. — This is a story of style and Grace Myler. She runs a boutique, Threads for Teens Minnesota. Every single piece inside is free. That's right - FREE.

"We serve at-risk teens throughout the community, so whether that's living in a homeless shelter, girls who've come out of sex trafficking, we work with a lot of girls who are in foster homes or come from low income households," said Myler.

The 18-year-old explains girls come in and typically receive an average of six clothing items and four accessories.

After being inspired at age 10, Grace worked for years to set up shop. The space where the boutique sits was donated by the Shakopee School District.

Now Myler and her mom work with sponsors to outfit girls with bold style and self-worth.

"It's not just about the clothes; it's about being able to have them be able to express themselves and boost up their self-confidence," said Myler.

She also explained how all of the girls who walk into the boutique's doors will find amazing clothes and an amazing support system.

"We have teen volunteers who work with the girls, so it's really a great opportunity for them to have someone who is in their corner," said Myler.

"Some of the girls might come in at first and be really shy and might not say much, but by the time they leave, they're just giving us hugs and are just super excited," Myler continued.

Even though the journey hasn't always been smooth, Myler takes all of the obstacles in stride.

"When we have hit some road bumps, we've been able to push through that and I've learned a lot about overcoming that and being really resilient...I kind of learned the grit of starting something like this," Myler said.

But as they say, nothing that's worthwhile is ever easy.

"It has become a huge part of my heart," Myler mused.

She's expected to learn in May whether she gets a $5,000 dollar scholarship from Prudential.

If she does, another $5,000 goes to a nonprofit of her choice - and you bet Myler is planning to pay it forward to Threads for Teens Minnesota.