Communities that KARE: Hennepin Theatre Trust's 'It's the People Project'

A public art project is sharing the stories of Hennepin Avenue's colorful and vibrant citizens in a bold way. 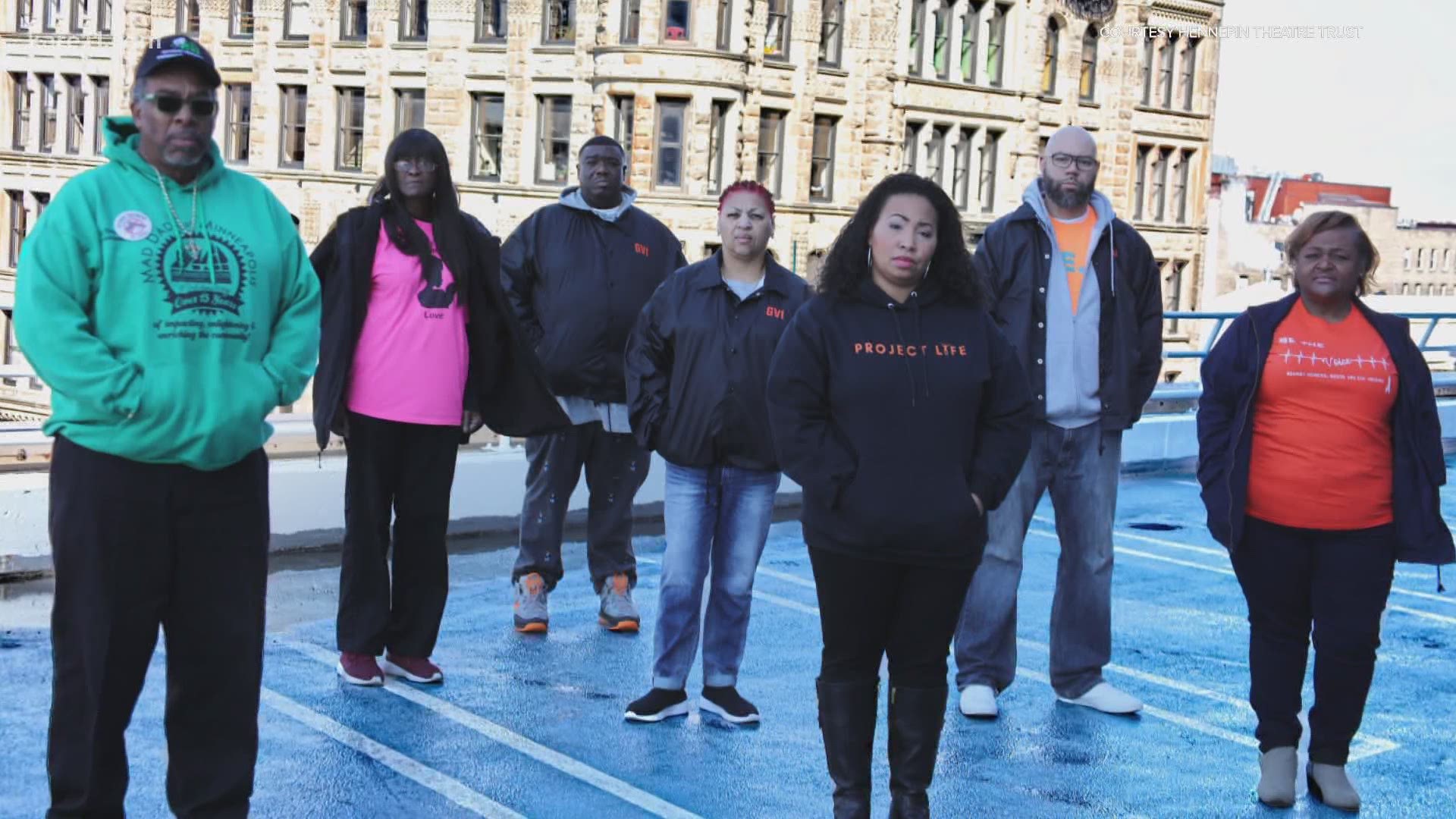 MINNEAPOLIS, Minnesota — If a picture is worth a thousand words, then the digital billboards on display along Hennepin Avenue and downtown Minneapolis would be novels.

"Public Art is really having its day in the community. People are recognizing that artists are really the emotional temperature of our community and they’re telling us what we need to see and what matters," explained Joan Vorderbruggen, Director of Hennepin Theatre District Engagement for Hennepin Theatre Trust.

"We're really proud of our artists for bringing such deep and emotional issues to the forefront of their work," said Vorderburggen.

"By having the many different posters and different types of peoples and lifestyles, it really gives visibility to many different ways of life," explained Ashley "Ash" Scott.

Scott appears in one of this season's featured portraits. It was captured by his friend Ryan Coit. He is an international photographer who is known for exploring the human form with images that capture beauty in all types of individuals expressing their sexuality and identity.

"It is really hard for those that are really overlooked in the world," explained Scott.

Ash Scott is a disabled Iraq War veteran who struggled after coming home.

"[I was] trying to find out where I belong; Being a transgender male and a Black transgender male at that -- it's even harder to find people to look up to or role models or see that this is okay for you. So, I've taken it upon myself to do what I can and I just tell my story," said Scott.

Scott and Coit are doing just that. Just like so many artists and subjects represented in "It's the People."

"It's always an honor to have your artwork displayed as an artist, but for this it's very special because it's my friends; It's community members that need their voices to be heard," said Coit.

Coit hopes that this project will open more eyes to issues within the community that people don't always see.

"If we take the time to just listen to what people are going through, have gone through or are going to go through in the future, hopefully that will get us all to come a little closer together to work towards positive change," said Coit.

In addition to the digital billboards, there will be large-scale banners hanging five locations in downtown and surrounding metro area locations in the Fall.