A Native American elder shares her passion for tradition, culture and all of Earth's bounty. 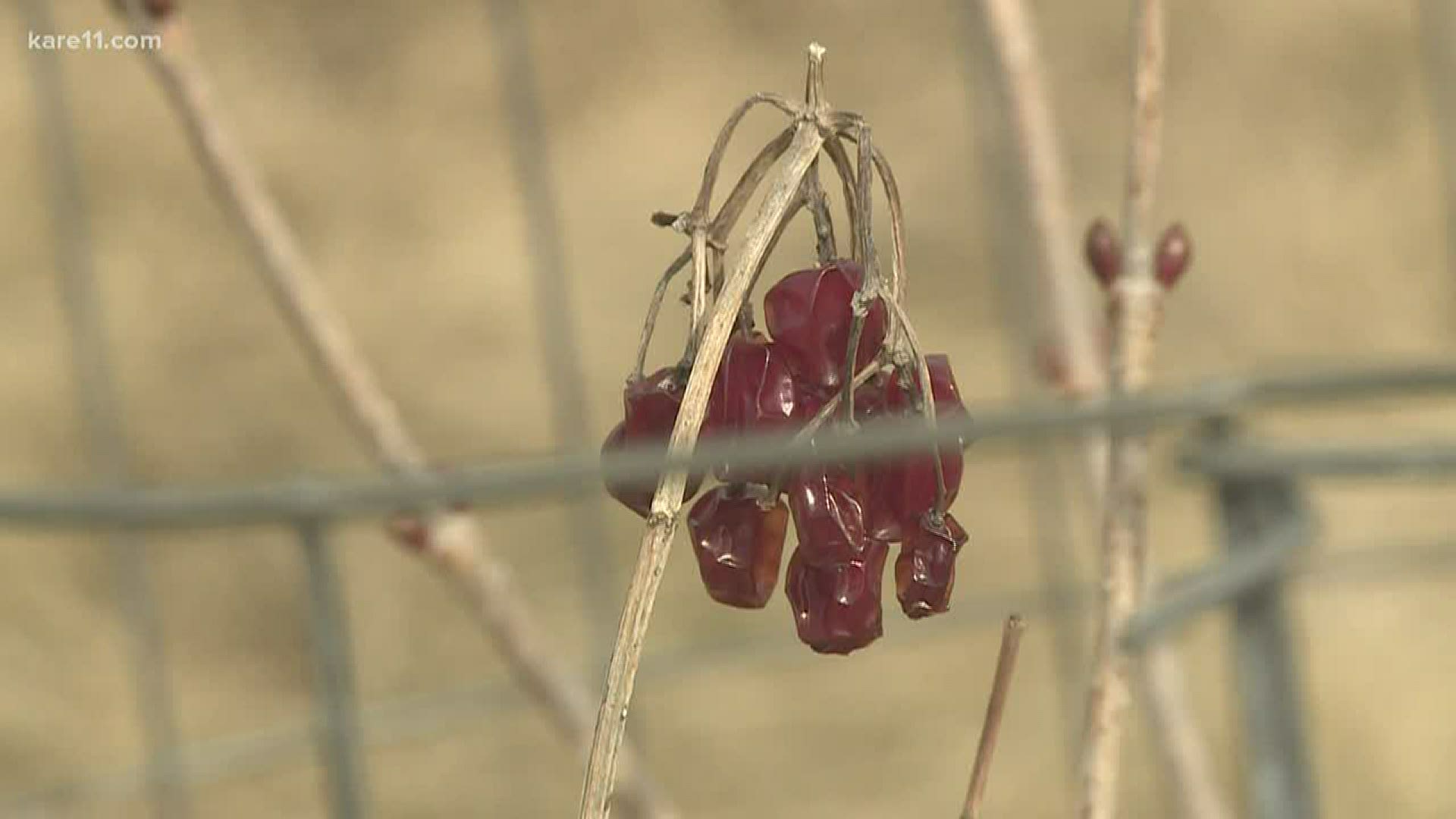 HUGO, Minn. — "When you get your name, you start to get your reason for being on the Earth."

Hope Flanagan's Ojibwe name means 'Little Wind Woman,' and after you spend a few minutes with her, Flanagan's 'reason' is apparent.

Flanagan is an elder who works with the organization Dream of Wild Health. Among her role as a teacher, Flanagan serves as a storyteller - ensuring the legends and lessons of Native American life live on.

Dream of Wild Health is an inter-tribal nonprofit that grows food on a ten acre farm in Hugo, Minnesota. That food helps connect the native community with its roots - literally.

Flanagan searches the grounds with her ceremonial helper and explains the different uses for the plants, both culinary and medicinal.

"Part of my job in the community is to bring plants to people. People called me this week and said, this is the medicine I need. So, I'd pick it, I'll have it and I bring it to them," Flanagan described.

The elder also talked about the spiritual role the plants play.

As she placed an offering of tobacco down to the plant stems, Flanagan explained its importance.

"You always want to do your thank yous. These plants don't have to put up with us. A lot of them, they're already gone. So we want to thank the ones that are here and put the tobacco down and do our thank yous."

Part of Flanagan's purpose is to look out for the future.

"In the native way, you always hear them talk about the seventh generation. What can I have for my great, great grandchild? What can I offer them? What are they going to have access to?" she said.

Dream of Wild Health survives on donations and grants.

In 2019, the nonprofit grew nearly eight tons of food for the Native community – which went to food shelves, elder lodges, and native chefs.

They are working on starting an indigenous food network -- bringing healthy foods to the native community by changing the food they have access to.