He was told as a child that he wasn't college material, but now Lee Pao Xiong runs the Center for Hmong Studies at Concordia University. 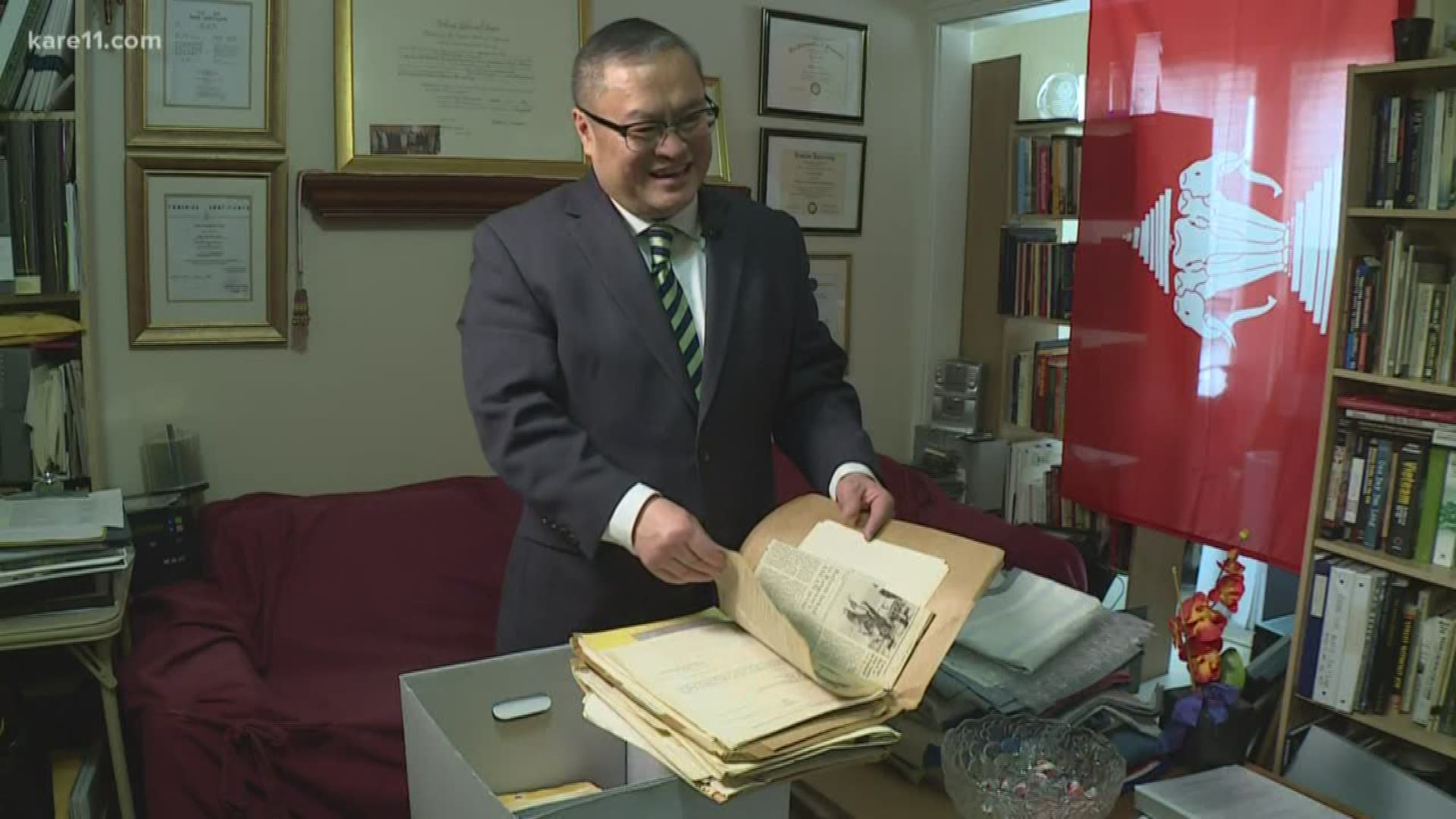 SAINT PAUL, Minn. — He's a refugee who is now dedicated his life to making sure the history of his people is preserved for the rest of the world.

Lee Pao Xiong is doing it right here in the Twin Cities.

Xiong is a historian and the Director for the Center for Hmong Studies at Concordia University in St. Paul.

“I was born in Long Tieng, Laos,” Xiong said. Long Tieng was the most secretive base, and airfield in Southeast Asia, in the world, he said.

Xiong was born into war. He would see out the rest of the Vietnam War. Xiong said seeing the casualties from the battlefields and people being dropped off was a normal sight as a child.

“That, I think resulted in if you were to look at PTSD, right?” Xiong said. “When September 11th took place, I dreamt that I was at ground zero and was searching through the debris and I could smell the bodies and I could smell the oil from the airplane, the jet plane,” he said. “And that was the environment that I grew up in in Laos,” Xiong said.

His family would eventually make their way to a refugee camp, barely catching a flight out.

“We got out and looked around and was like ‘Where’s dad? Where’s grandma? Where’s grandpa?’” Xiong said. “So I remember waiting at the airport with my mom to see if the next plane whether my dad was going to step off the next plane and it was until nine o’clock, that’s when the C130 came and landed and my dad came out of that and was like, ‘Wow,’” he said. “I just couldn’t imagine how my mom was feeling at that time to lose her husband,” Xiong remembers.

Xiong said by January 1976, he and his family were the first 100 families to arrive in Ban Vinai refugee camp in Thailand.

They would get to the U.S. in 1976. Xiong said they were sponsored by a Mennonite church in Indiana. They moved to the Twin Cities in 1979, but he said they faced many hardships.

Xiong would prove that counselor wrong. He would eventually intern in Washington D.C., graduate from the University of Minnesota with a degree in political science, be a head of a city department, and then land at Concordia.

“There were a lot of chatter about you know, now I think it's time to collect things, you know a lot of people are dying and their collections are being tossed away we need an institution to do this,” Xiong said. “We need a structure to start to teach,” he said. That was around 2004.

Xiong would help establish the first Center for Hmong Studies in the world.

“Being here helping to establish the first and really first Center for Hmong Studies and to also be the first person to create a Hmong studies minor and to first person to also put a line in the sand to say ‘There is a thing as a Hmong Studies field,’ I hope people remember that,” Xiong said. “But the other thing is I hope the next generation will appreciate that we have all these historical documents,” Xiong said.

The Center is now a place where people around the world come for information, and also a place to keep important documents about Hmong history.

“We’re not only doing this just for the Hmong population but for all population, for all students and for everyone that wants to learn more about the Hmong community,” Xiong said.

There are now Hmong Studies minors at other colleges in other states, including Wisconsin.

“I was telling the president that we gave them the courage,” Xiong said.

RELATED: Regions Hospital to offer a taste of home to new Hmong moms

Xiong gets boxes of documents and items all the time. He said he is very intentional about what to keep at the Center because he said they’re outgrowing their space on the campus.

“Each time I get a box of documents I'm going through then and I'm going ‘Wow, this is so cool!’” he said. “You know, it's like that kid walking into a candy store,” Xiong said.

There is no charge to go visit the Center for Hmong Studies at Concordia University.

If you have someone you think is should be highlighted in Communities That KARE, email us at sunrise@KARE11.com!