Communities that KARE: Team develops device to save seniors from fall injuries

SAF-T-Vests would protect older adults from the pain and financial sting of a fall injury. 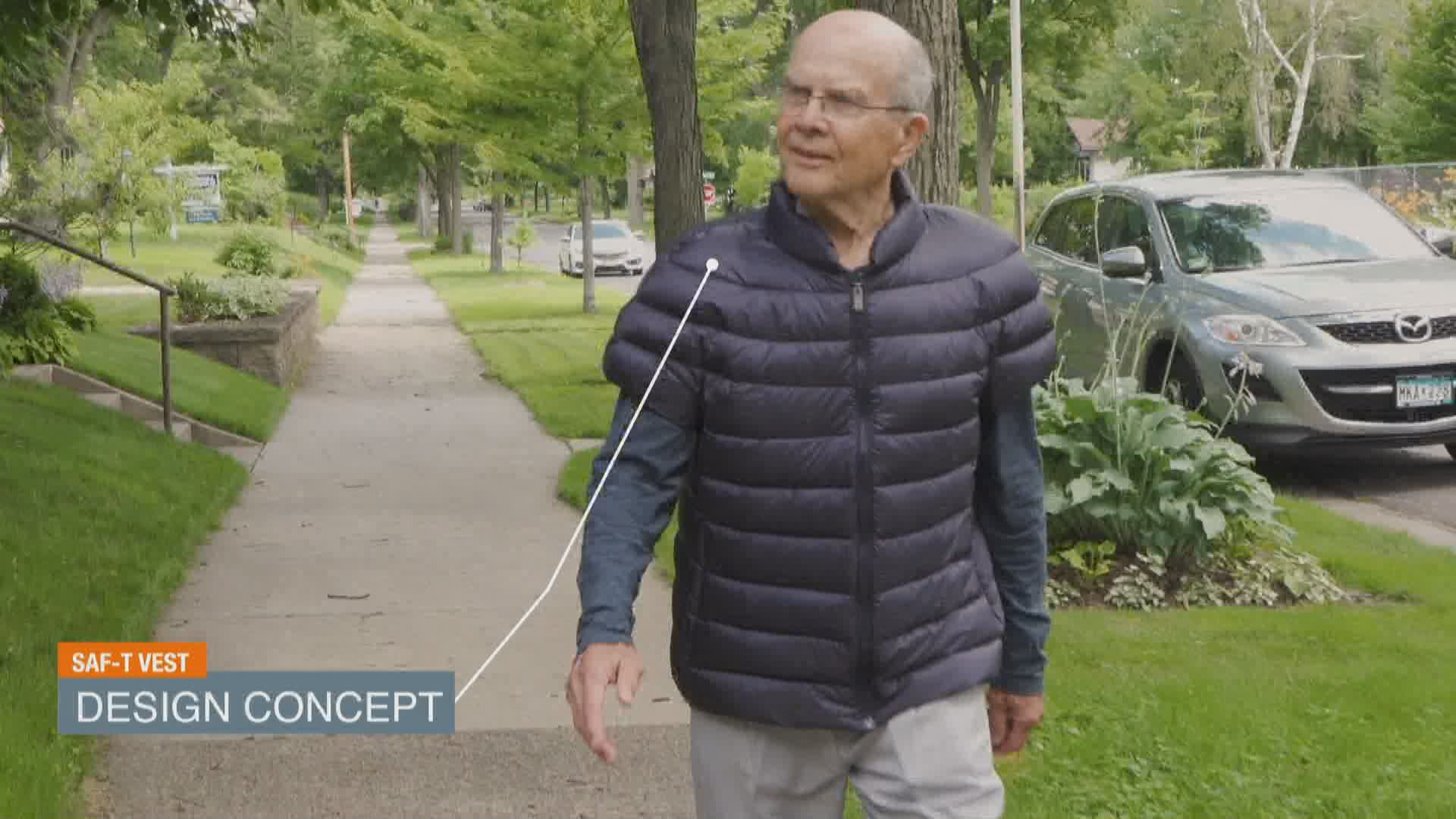 SAINT PAUL, Minnesota — Every year an estimated 36 million older adults fall. That's one in four seniors, according to the CDC.

But what if you could save a senior from a painful fall?

"The focus on falls has always been prevention, which is a great thing, but it's never 100% successful because gravity doesn't take a day off." That thought is what's propelling Ryan Davenport and his father, Jay A. Davenport, M.D. to get SAF-T-Vests on the market.

It's wearable technology designed by Davenport SAF-T Systems, to reduce the risk of devastating injuries from falls.

The Davenports reached out to the University of St. Thomas to bring the design to life. That's how the School of Engineering's Senior Design Clinic got involved.

The team already has a prototype in development.

The vest is supposed to monitor the user’s center of balance with a system of tiny sensors. When the sensors detect an unrecoverable fall in progress, it deploys a system of airbags to reduce the risk and severity of injury.

"There'll be multiple airbags all around in the final device. For the sake of the prototype, we just went with the one. The idea behind the shape of this one is it will inflate out like a donut and actually work to pin the arms in so that when a person is falling, they won't reach out and catch themselves with their hands, wrists, arms and things like that," explained Emily Walsh, a senior engineering student.

That's hip, back and head protection, all fracture-prone areas figured out.

But there are still a few obstacles, according to Xaye Thao-Tha, a senior engineering student. "One of the biggest challenges here is to be able to detect a true fall. This would actually require more advanced artificial intelligence, programing algorithms and that is beyond the scope of the project at this time," he said.

Even with those challenges, there's a lot of motivation to get the design just right.

"Being able to work on this project means a lot to me, it's life changing. You're working on not just the health and economic impact that the elderly are dealing with, but it's more of giving back a lot of seniors their independence and be able to move out and about on their own again," said Thao-Tha.

His colleague Abdulaziz Aldalbahy, a senior studying electrical engineering, agrees. "I feel so happy to be able to put my technical knowledge to use, to care for problems that can affect the lives of many people around the world."

Davenport SAF-T Systems plans to use the prototype to attract private investors or to qualify for a federal research grant.