Nine-year-old Gabby Laroche and her family started a toy collection that took off like wildfire, on this week's "Communities that KARE." 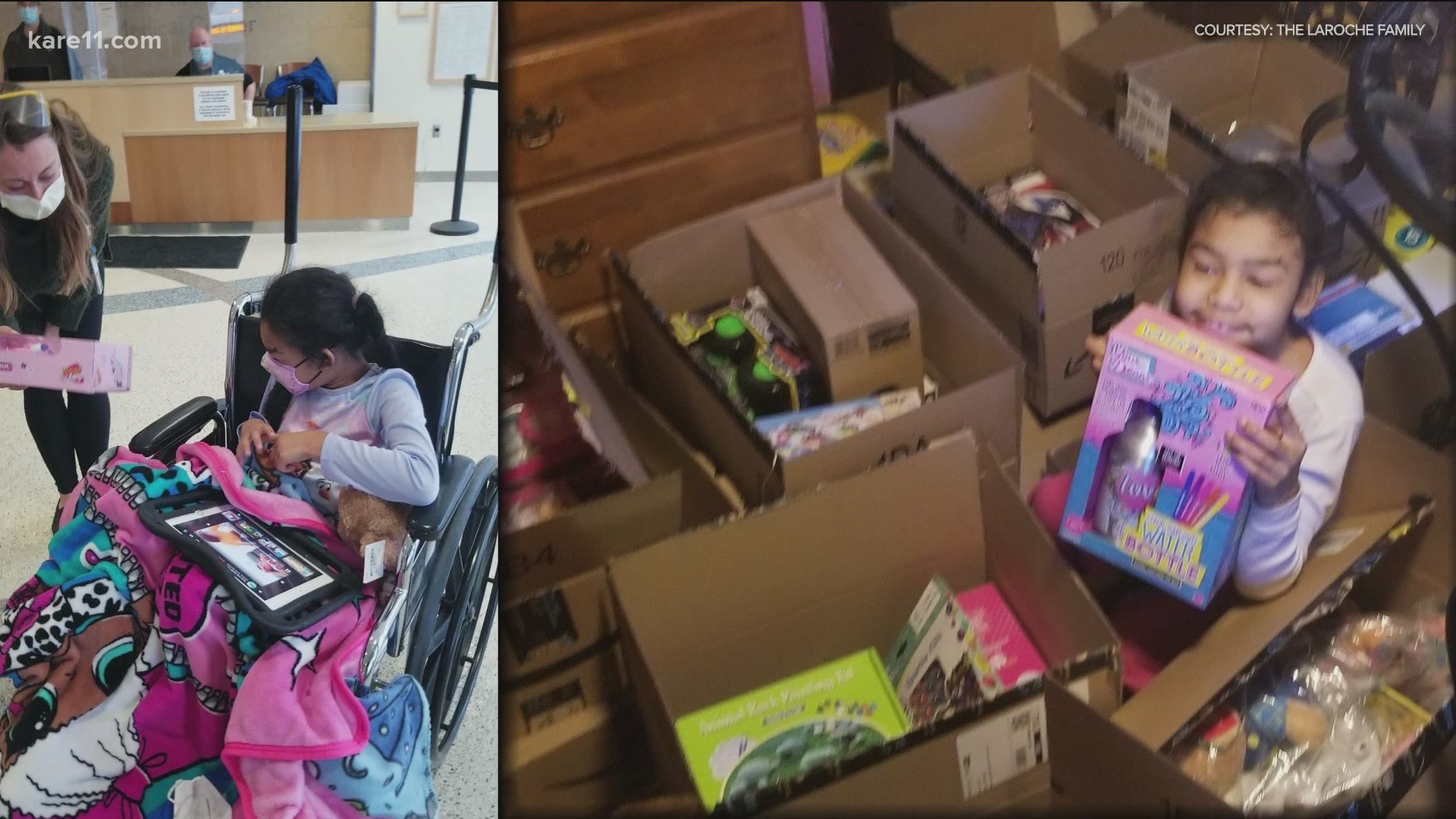 The South Saint Paul child has cerebral palsy, right side hemiplegia, and autism. During a couple of Gabby's visits, she received Barbie dolls. Gabby asked her mom if she could give Barbies and toys to other kids in the hospital to comfort them. Gabby's mom and dad, Lanaya and Leon Laroche, decided to give it a try.

Their initial Facebook post called for 20 donations, but the response spread like wildfire. " At least two to three times a day, there'd be an Amazon driver at our house," said Lanaya Laroche, Gabby's mother. "We ended up altogether on February 1 [with] 527 toys," she recalled.

By the time donation day came around, the Laroches had to borrow a van to get the toys to the hospital. "And the people who were receiving the toys brought out two carts, and I said, 'You're going to need more carts,'" laughed Leon Laroche.

Gabby was also back at the hospital that day, recovering from surgery. "So I mean it was pretty cool, and it was cool to see Gabby waiving through the window," said Leon.

Now, the little girl is working on another project to spread love and laughter. She's painting rocks with positive messages with her mom. Her parents started hiding them in different cities in plain sight. "Gabby, if you can tell, Gabby does have a hard time communicating. But this right here just shows what she can still accomplish," Lanaya said with pride.

The Laroches said the South Saint Paul community showed incredible support for the initiative. They are considering another toy drive, but only if they can get a storage space for the abundance of donations.