Most people rep their favorite sports teams or bands, but this local clothing brand spotlights Minneapolis parks on this week's "Communities that KARE." 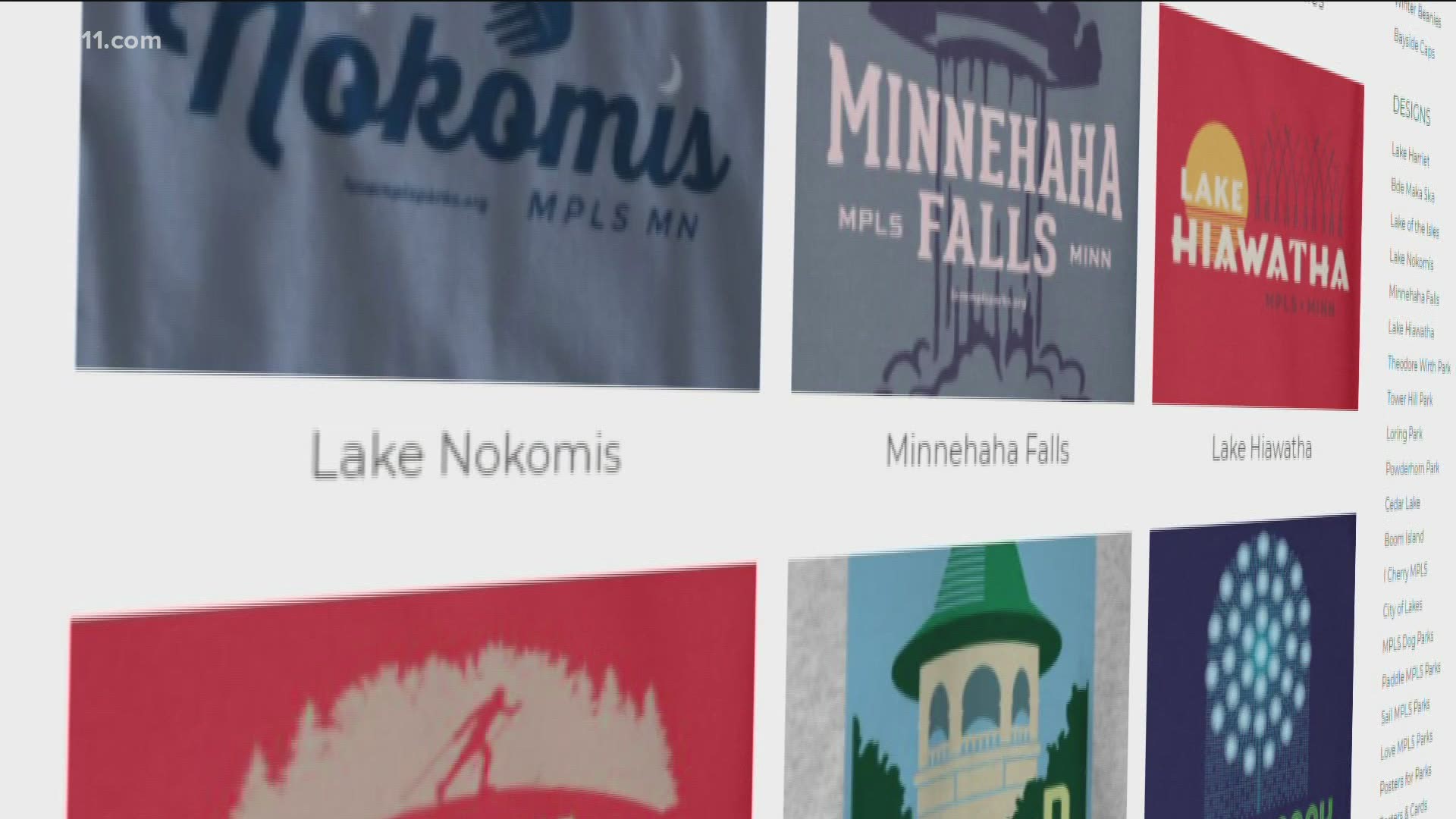 MINNEAPOLIS, Minnesota — It's time to rep your favorite rec area.

Whether it's Loring, Tower Hill, Powderhorn or one of the Chain of Lakes, the company Love MPLS Parks has a design for you to look good while doing good.

"We sell t-shirts, sweatshirts, and hoodies and some other merchandise that's all branded around Minneapolis parks," explained founder and graphic designer Dan Woychick. "The idea behind it was to create the parks branded merchandise, sell it online, and use 50% of the profits to donate to support the protection, [the] protecting and preserving [of] Minneapolis parks."

Woychick is a life-long user of Minneapolis parks, and after serving on the parks board more than a decade ago, he became an advocate for our local green spaces. "They had a $30 million deferred maintenance backlog, and I felt that as a supporter and user of the parks in Minneapolis, I felt like I wanted to do something to help with that."

And he is. Woychick is using his designs to ensure future generations can benefit, just like he did. "I've done everything from coach my kids to play sports, bike, walk, run, paddle, you name it," he said. "The parks provide an opportunity for people to gather, to exercise, and to lead a healthy life."

These spaces became especially important to many people during the pandemic. Woychick explained, "People flocked to the parks because it was one of the few things they could do and sort of feel normal."

Half of the revenue from Love MPLS Parks' sales goes to the People for Parks Fund, which Woychick says supports grants for programs and projects throughout neighborhood parks in the city. That could be anything from programs to amenities for underserved areas.

Love MPLS Parks allows the Woychick to invest his talent in one of his greatest passions. "I do it because I love Minneapolis parks. I live in Minneapolis and have for over 30 years. I think parks make the city, all the green spaces make it [not only] beautiful, but liveable."

If you're a fan of parks in St. Paul, there's some good news on the horizon. A new online store featuring park merchandise will launch on July 28th.