No matter the day or the weather conditions, as you'll learn on this week's "Communities that KARE," flag volunteers are dedicated to their duty. 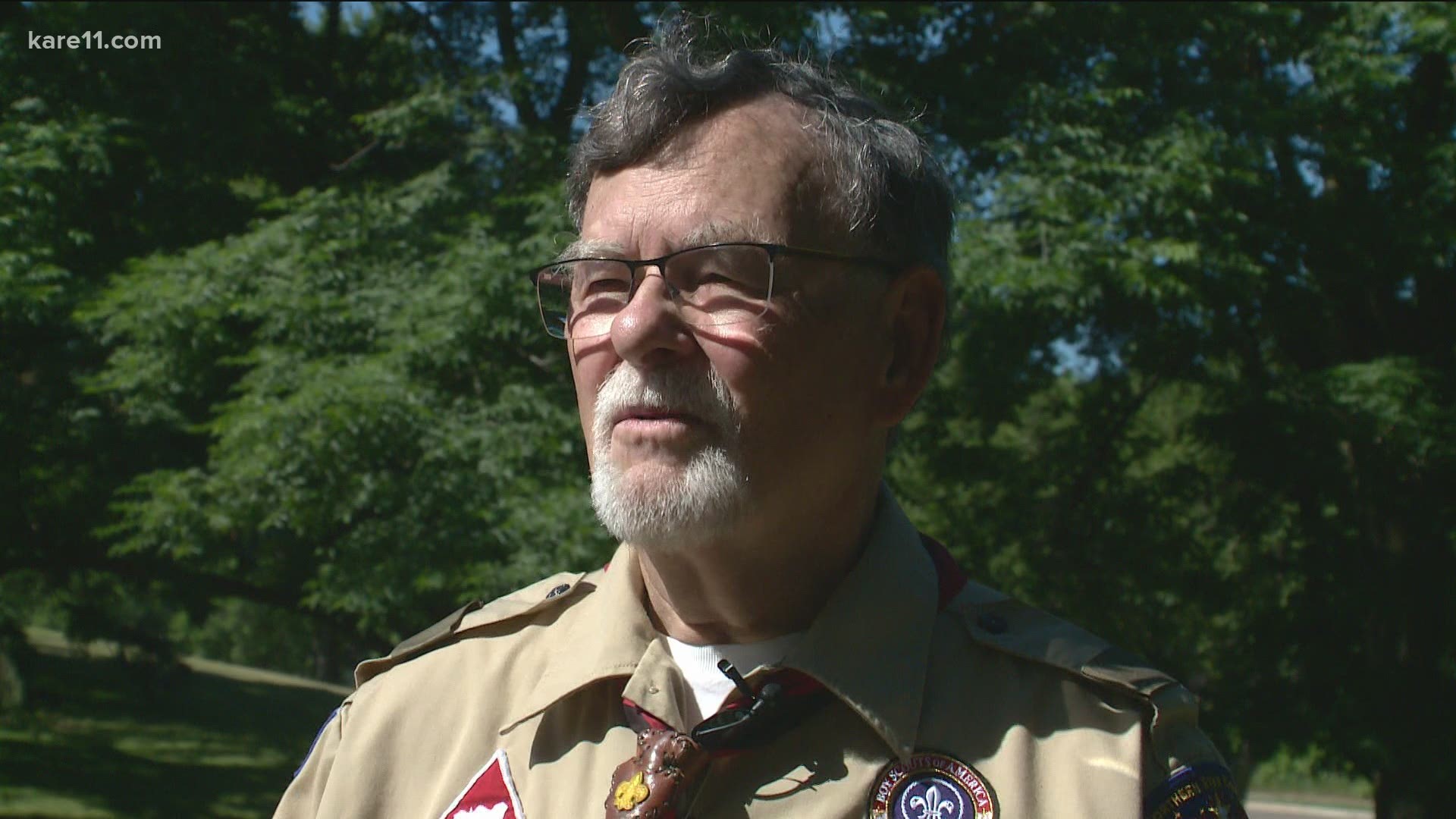 BURNSVILLE, Minn. — Along the boulevards of Burnsville, you'll see signs of city pride. It's most apparent by all of the immaculate gardens and parks, for sure. But there are subtle signs that good deeds are happening. "I always have fun doing that sort of thing, and I think part of it is nobody knows that we're doing it. I feel pride as I drive around," said Michael Kerns, one of the two volunteers who raise and lower the American, state, city, and POW/MIA flags in Burnsville.

It's a duty that can be difficult to take on at times, especially during a Minnesota winter. "The worst part is, you can imagine when it's ten below zero outside, and you have to open up these little boxes and get your finger in there to pull the rope out," said Kerns.

There's also knowing the reason why the flags are going down. "There was a period not too long ago, it was one of those shootings where we had lowered the flag, and at the end of that time period, there was another shooting. So the flags stayed down another whole week or so.  And then there was another event; the flags were down, for I would say half the month," Kerns recalled.

But this volunteer isn't raising a white flag anytime soon. He's inspiring a new generation. "We were down there at Nicollet Commons. I was there just a couple years ago, and there are kids playing by those fountains in the water. I asked them if they wanted to help me raise the flags, and the one little boy, I don't know, he was maybe four or five years old, he was with a brother, he said. 'Sure we'll help.' So these little boys, they felt so proud pulling the flag up."

In addition to being a volunteer, Kerns is also a scout leader. He's helping someone in his troop take the battered flags from around the city and retire them properly.

Burnsville needs more flag volunteers. Kerns says it doesn't take much only, "it takes a desire to want to be part of the community and be involved."

What you would be asked to do:

Time commitment is morning, evening, weekends and holidays as directed by the City of Burnsville flag policy or a proclamation from the president of the United States, the governor of Minnesota or city staff.