A Loretto firefighter isn't letting the loss of a limb get in his way of suiting up to save others. 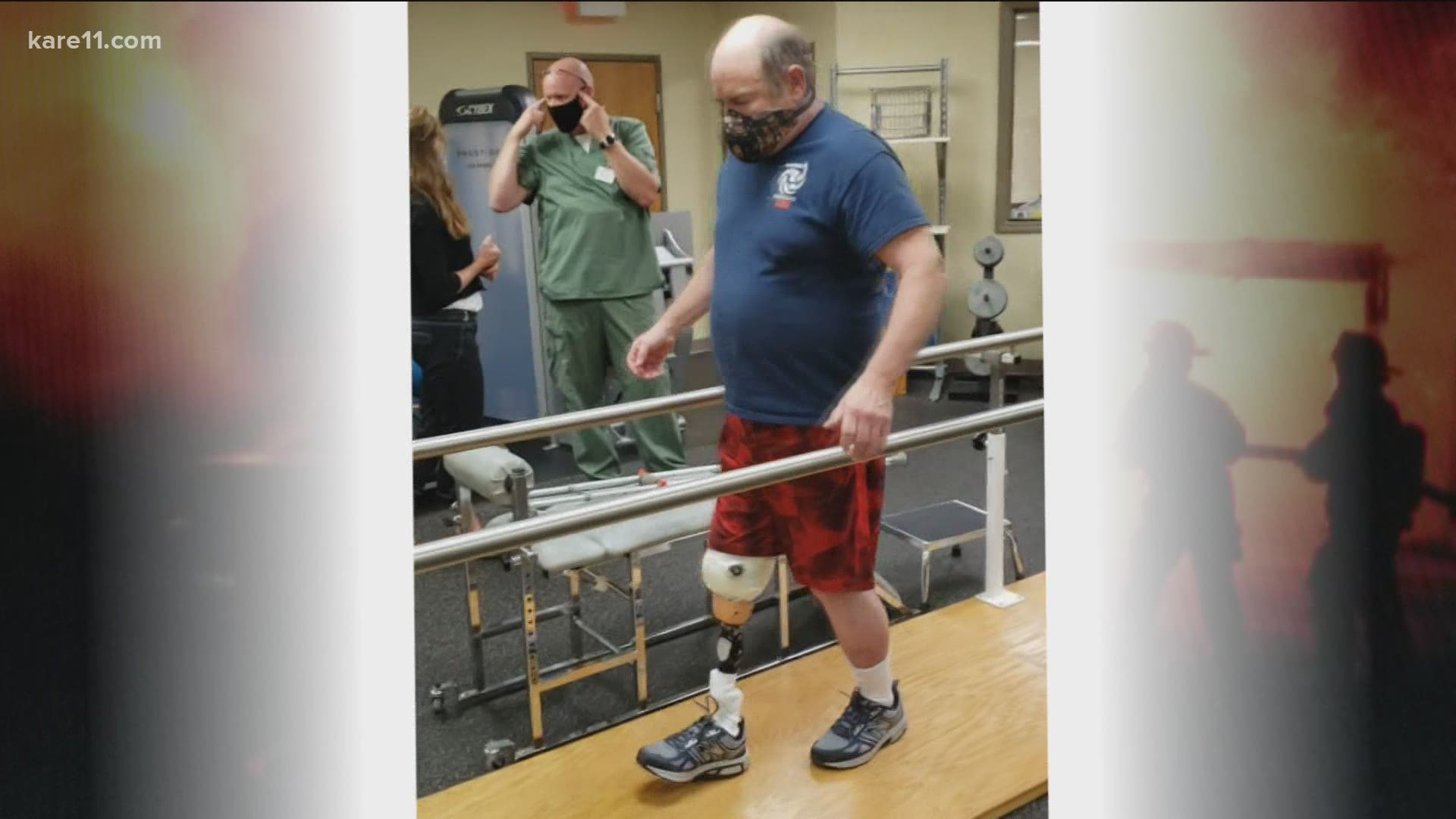 LORETTO, Minnesota — “If you love what you do, you’ll never work a day in your life.” You've probably heard that saying a time or two; maybe you even saw it on an inspirational poster.

Not many people can say that famous quote is more than a sentiment, but Randy Baudler is that rarity.

"It's an adrenaline rush and I didn't really realize that I was kind of an adrenaline junkie. I really enjoy going into burning buildings. It's quite a feeling."

The Loretto firefighter found his passion a decade ago.

"I ran across a snow mobile accident on the trail here in Corcoran and I helped the people out. I really felt a lot of joy in helping someone and I found [that] I had a knack for it," recalled Baudler.

So at 55 years old, he went down a new career path.

"I became a Loretto firefighter, got my emergency responder certificate, and then I went on to work at Target Field for the Minnesota Twins first aid team," said Baulder.

All of that training, plus volunteering with the Northwest Trail Snowmobile club, paid off when a small plane crashed last February at Crow-Hassan Park Reserve.

RELATED: One dead in small plane crash in Hennepin County

Then the rescuer needed saving.

"About a week later, I was out snowmobiling with a group of people in Cook, Minnesota where I was involved in a minor accident."

What Baudler calls minor, others would call severe: a break that led to a leg amputation.

"The second day in the hospital, my entire department showed up in my hospital room and they gave me just tons of support," he remembered.

And all of that support motivated Baudler. By July, he started walking with a prosthetic.

"I actually went back to work the first of September and was able to rejoin the fire department after passing my agility test," said Baulder.

In addition to working with the Loretto Fire Department, the firefighter is involved with the nonprofit organization, Wiggle Your Toes, that helps mentor amputees.

"They really gave me the encouragement to continue do what I was doing before and that was very important."

Baudler gives back without expecting anything in return.

Still, the community hopes to help this extraordinary man and his family offset medical costs and expenses from his accident.

You can visit the gofundme page to help Randy here.