Investigators looking into crashes have to gather evidence and prove there was some sort distraction behind the wheel. According to Col. Matt Langer with the Minnesota State Patrol, it's not easy. 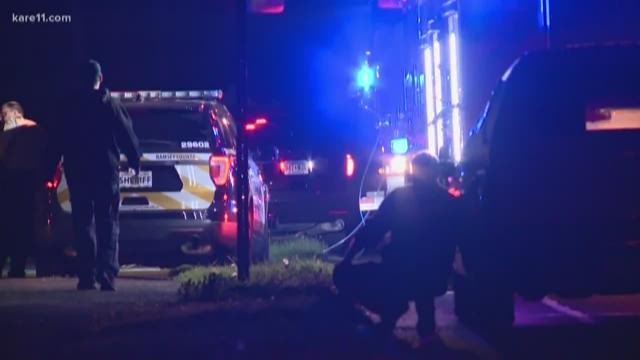 GOLDEN VALLEY, Minn.- It's no secret distracted driving is a problem on Minnesota roads. We see daily that poor choices behind the wheel can cause crashes, and in some cases.. even death.

Another challenge in the distracted driving epidemic is what happens 'after' a crash occurs. Investigators have to gather evidence and prove there was some sort distraction behind the wheel. According to Col. Matt Langer with the Minnesota State Patrol, it's not easy.

“There's a lot involved, they respond to the scene, take photographs, talk to witnesses, collect the evidence, map the scene, discover what evidence is available, often times there are search warrants involved after the fact,” said Col. Langer. “Our ultimate goal is to determine not just what happened but why the crash happened.”

The why is typically is the hardest to prove when it comes to a distracted driving case.

“We have evidence that can help us like cell phone records and other investigative materials that come to light, but we still have to tie that moment in the crash to what they might have been distracted by,” explained Langer. “They could have been texting as they were leading up to the crash but trying to prove what happened at that moment can be a really difficult challenge.”

These cases are also challenging for prosecutors like James Backstrom, who has been the Dakota County Attorney for more than three decades. Backstrom has dealt with various distracted driving cases and is a huge proponent in the fight against this epidemic at the State Capitol.

“It's a challenge when we meet with the victim’s family the survivors who has lost their lives in these crashes and we have to explain to them under Minnesota law, unless we can prove gross negligence at the time a crash occurs," Backstrom relates, "and someone isn’t under the influence of drugs or alcohol, all we can charge that person with is a misdemeanor.”

According to Backstrom, the typical sentencing when proven negligent or distracted behind the wheel is very minimal.

“The misdemeanor level sanctions, were talking 30 to 90 days perhaps in jail if you've caused someone’s death through your negligence as a misdemeanor or gross misdemeanor.”

This past year Backstrom pushed to create a felony level penalty for distracted driving that results in injury or death, but it didn't get through the legislature.

“I think it’s time we recognize and we need to recognize that the toll of death and injuries on our highways is the result of distracted driving and is rapidly approaching the level of impaired driving if it hasn’t already passed it,” said Backstrom.

Proving beyond a reasonable doubt can be very challenging, especially when someone is distracted by something other than their cell phone, like their radio, passengers, or even daydreaming. Backstrom wants to continue his push for creating stricter laws against distracted driving so it will reach the penalties carried by impaired driving.