From his seat of a Metro Transit bus Scott Jester bears witness daily to the distracted driving epidemic. 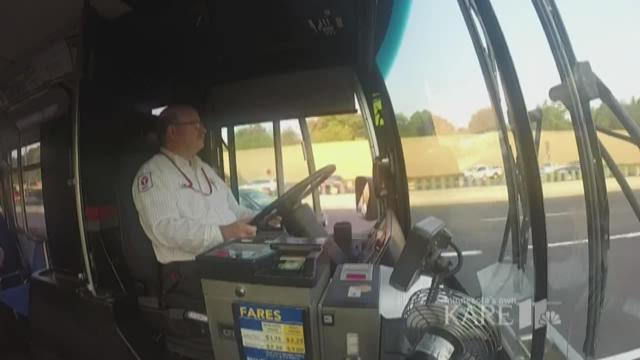 MINNEAPOLIS - Scott Jester loves his job as a Metro Transit bus operator. He's been working for Metro Transit for 27 years and driving buses in some capacity for more than 35 years. But what he doesn't love is distracted driving and he's sees a lot of people doing it.

"Years ago, it was eating and putting makeup on, but now it’s solely texting," said Jester.

"We get a view of a lot of things through our driver window and through our front windshield. You’d be amazed at what we see when we’re driving," said Jester.

Jester teaches student bus operators how to detect and avoid a distracted driver.

"We call it the 'drifting' when people will drift to the side of the lane and that's good sign for me that someone is on their phone especially if it's in the daytime," said Jester.

"When I'm driving, I try to give myself a lot of space just because of that problem, said Jester.

Jester has a 16-year-old daughter who is a new driver. Together, the two have a pact - phone away until the car is parked.