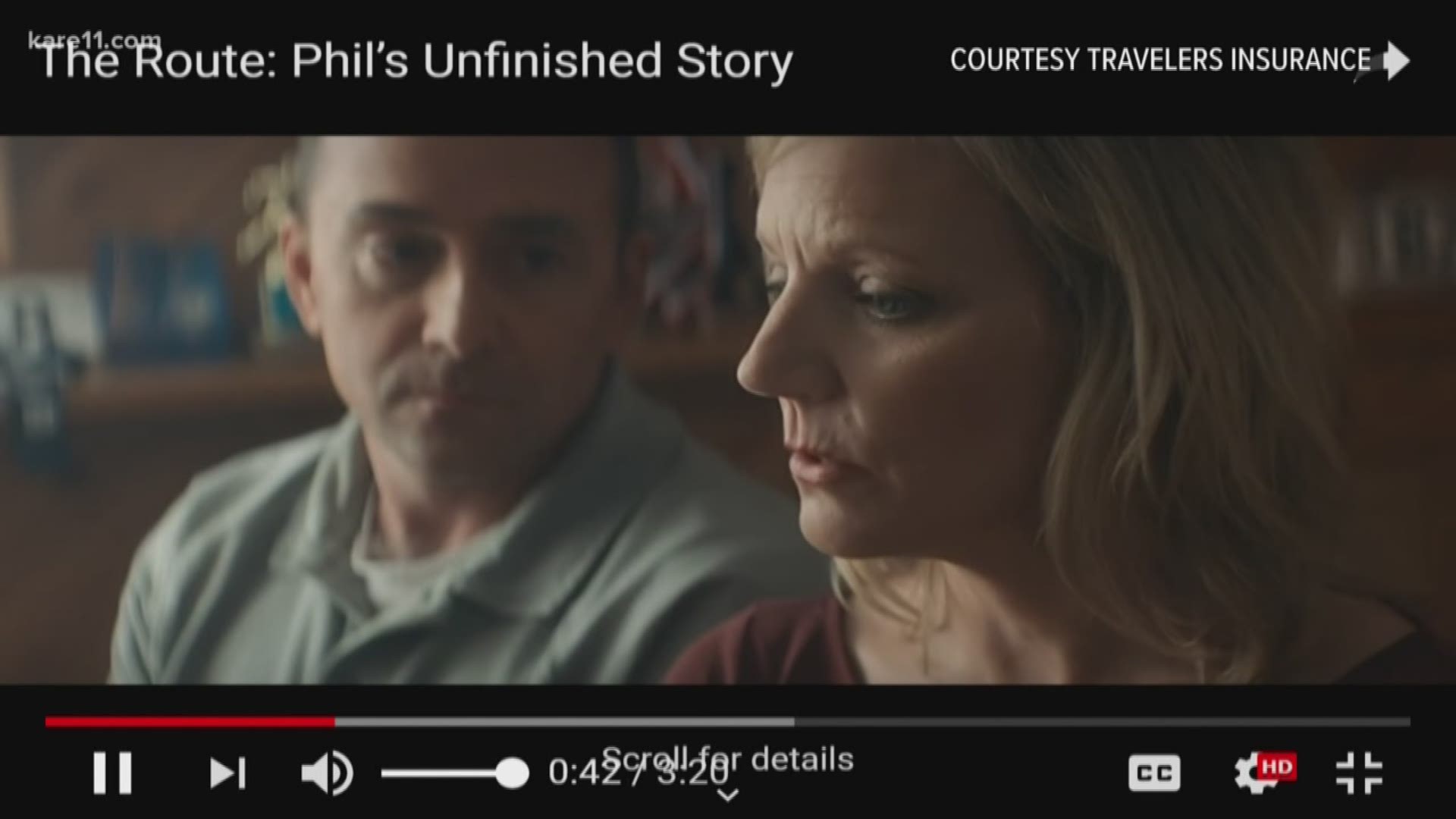 GOLDEN VALLEY, Minn. - We've shared countless stories from families who have lost loved ones due to distracted drivers.

One story we've told you was of Phil LaVallee, a Monticello student who was hit by a distracted driver while he was going on his daily run back in 2013.

Now Phil's parents, Amy and Greg, are partnering with Travelers Insurance to share "Phil's Unfinished Story." It's the story of what could have been if the woman who hit Phil decided to not look at her cell phone on that fateful day.

"Every time you talk about his story you relive that day its just a pain that's always there." Amy LaVallee said.

When we first sat down with the LaVallees, they shared the heartbreaking story of their son Phil.

Phil was on scholarship running at South Dakota State. He was home training in 2013, not knowing his mid-day run on County Road 19 would be his last.

"His dream was to go to the 2016 Olympics in Rio and run…and I honestly think he would have done it...he was so hardworking and determined. I believe he could have made it." Amy LaVallee said.

"He was on his daily run and a woman crossed over the center line ..... it was distracted driving." The LaVallees said.

Greg and Amy have partnered with Travelers Insurance on its "Unfinished Stories Distracted Driving Campaign." In Phil's story, the woman driving decided to focus on the road and Phil makes it to Rio -just like he dreamed he would.

"Phil's Unfinished Story" is a glimpse of a life that was taken too soon. It's a part of a grim reality - the reality of countless heartbreaking deaths due to distracted driving on our roads.