Dr. Richard Bergenstal talks about the difference between Type 1 & Type 2 diabetes and the importance of getting tested. 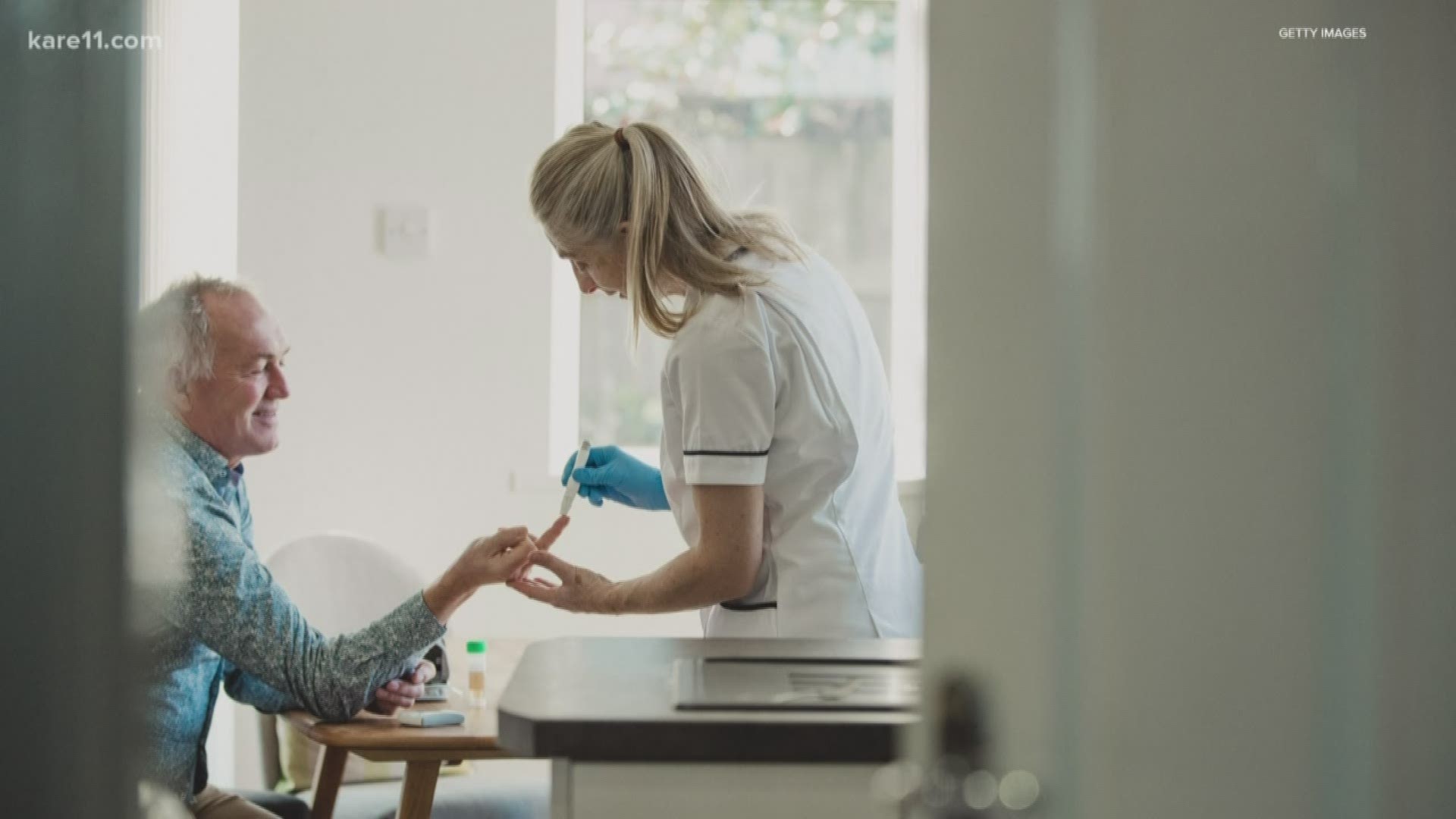 SAINT LOUIS PARK, Minn. — Millions of Americans must deal with diabetes. No matter what type you have, it can lead to excess sugar in your blood.

"That's a problem because glucose in the blood can be damaging or toxic to the heart, to the eyes, kidneys and to the nerves," says Dr. Richard Bergenstal, Executive Director of the International Diabetes Center at Park Nicollet.

Insulin is what regulates blood sugar levels. People with diabetes have a problem with that balance. Dr. Bergenstal says, with type 1 diabetes, the pancreas does not make insulin.

"It's not your fault, there's nothing you did wrong. Somehow the immune system attacked the pancreas, destroyed the insulin," says Dr. Bergenstal.

Type 2, which 95% of people with diabetes have, the pancreas makes some insulin, but there is something blocking its effectiveness.

"Mostly we think because the individual is overweight or inactive and somehow that weight, that inactivity blocks the action of insulin," says Dr. Bergenstal.

The first step in controlling diabetes is knowing whether you have it.

"25% of people with type 2 diabetes have it, are walking around with it, probably beginning to suffer from its effects, and they don't even know they have it," says Dr. Bergenstal.

Symptoms to watch for include increased thirst, frequent urination, unexplained weight loss and fatigue. It's recommended anyone over 45 have a blood test.

"You'll find out that afternoon or the next day if you have diabetes. And if you do, don't worry we've got a management plan for you," says Dr. Bergenstal.

Type 2 is preventable if it's diagnosed in the pre-diabetes stage, but you have to get tested.

"It's just a marker by a simple blood test to say you're on your way," says Dr. Bergenstal. "If you lose weight, eat more healthy, get some activity, you can reduce your chance of going to diabetes by as much as 60%."